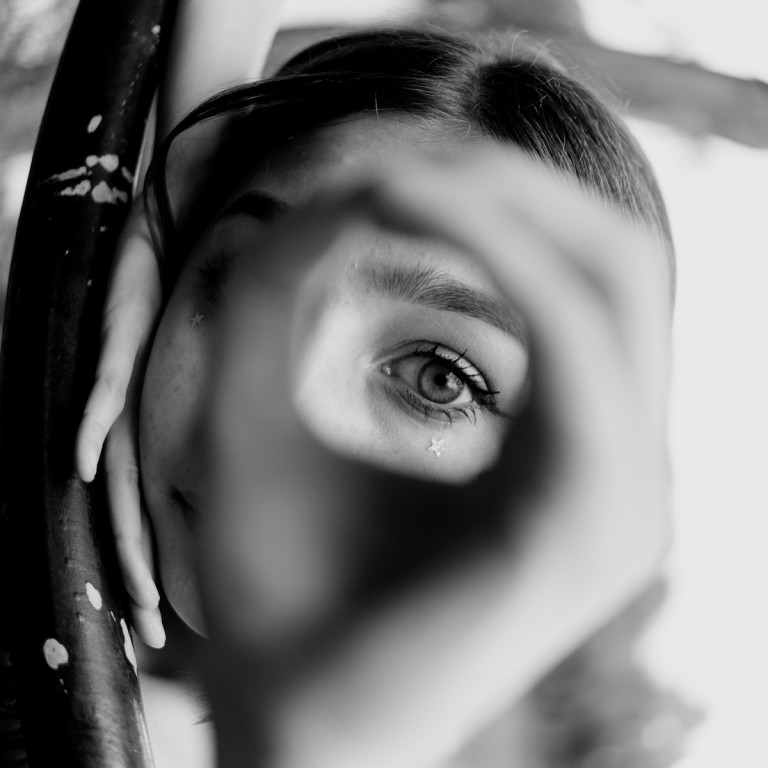 The unpredictability of love, relationships, and one’s inner thought processes will never stop being one of the biggest mysteries of our kind. London’s rising star Lexie Carroll navigates through the ‘what if’ spiral of the ultimate verdict ‘he’s just not that into you.’

Carroll’s new indie-pop single ‘fall for anything’ depicts the singer’s latest observations and makes it into her more upbeat singles. For a 17-year-old, Lexie Caroll showcases immense maturity and hunger for improvement and discovering her own sound.

On her debut EP, ‘when the sun came up,’ she was able to discover different sounds and find what works for her while soundtracking some of the happiest moments of her life.

As a one-to-watch artist inspired by the likes of Ed Sheeran, dodie, Cavetown, and the one and only Phoebe Bridges, Carroll still remembers being an eight-year-old at her guitar lessons, just starting to write songs. Today, Carroll climbs the ladder of up-an-coming musicians that are meant to be in the spotlight.

‘fall for anything’ is the first taste of a forthcoming EP that is still in the works. Melting just like the rest of us, Lexie Carroll takes a minute to catch up in the middle of what seems like a blurry summer packed with gigs and sessions.

How’s your Summer going so far?

its been very very hectic but really fun! Because of school it’s sort of been a case of cramming everything we could into this holiday so there’s been a lot of sessions and gigs, it’s been a bit of a blur.

I had a headline at the Finsbury which was actually one of the best nights of my life – very dramatic I know but it just felt so special. It was the first time really that I had the experience of meeting a load of people who actually listen to my music and it really shocked me honestly!

If you had to choose one album to represent this year for you, what would it be?

Are you excited for your upcoming show in Kentish Town?

SO EXCITED!!! I am literally counting down the days.

When did you first start writing music and how did you get into it?

It’s the weirdest thing because I have been writing bits of songs for as long as I can remember – I don’t know what made me do it but I just would write lyrics and melodies and sing them out. And then I started learning guitar and that’s when I began to write proper structured songs around the age of 8. My guitar teacher is an absolute legend, he encouraged me with my songwriting so much and when I started putting stuff online he gave me so much advice about everything. I certainly wouldn’t be doing what I am now if it hadn’t been for him, I was so lucky! I was also a huge Ed Sheeran fan when I was little so I guess that sparked something in me. Then as I got older I loved all the music that was being shared through Youtube like dodie and Cavetown, they definitely were what made me want to record my songs and put them online. It’s all gone from there really!

What is your opinion on how hard it is to stand out as a musician with everyone’s shorter attention span and social media?

It’s a tricky one because in some ways it is easier than ever for people to create wonderful communities of listeners, carving their own little corner of the internet, but the internet is also a very terrifying place. It is strange to think the ability for someone to find their audience is so dependent on an algorithm that rewards immediacy and shock value.

Before you decided you wanted to pursue this career properly, what did you envision for yourself?

I wanted to do psychology at uni and work in mental health! Still do in the future at some point 🙂

Who is your biggest inspiration?

Probably Phoebe Bridgers, she is just the best.

You always come out with the most beautiful cover art for your music, who are you collaborating with?

Thank you!! I make it, so that’s very nice to hear.

How would you summarise your debut EP ‘when the sun came up’?

‘when the sun came up’ was definitely an all over the place project of finding what sounds I like, it was a big step working with different producers. I made it during a really exciting and happy time of my life and I think the songs really reflect that 🙂 The last song on the EP ‘the sky looked nice today’ was definitely the track that meant the most to me, it’s about healing and seeing the world in a different way so it’s been the nicest thing to see it resonate with some people.

Could you elaborate on the backstory of your new single ‘fall for anything’?

I wrote it with Mack Jamieson, it was actually one of my first ever writing sessions and I remember coming away thinking it was quite different from my usual songs but I really loved it. It was the first song I’d written that I felt like people could dance to and I love a good bop. I wrote it about just finding people very confusing and being in a relationship in which you don’t really know where you stand, when the other person isn’t giving much back but still is kind of stringing you along which can be quite frustrating!

Is there a bigger project in the works?

Yes yes yes and I’m so excited. This is a stand alone single as it’s a fair bit different from the other stuff but we have most of an EP ready to hopefully follow shortly. I really feel like I’m beginning to find my sound and the way of working that I like the most which is both quite comforting and exciting for me.