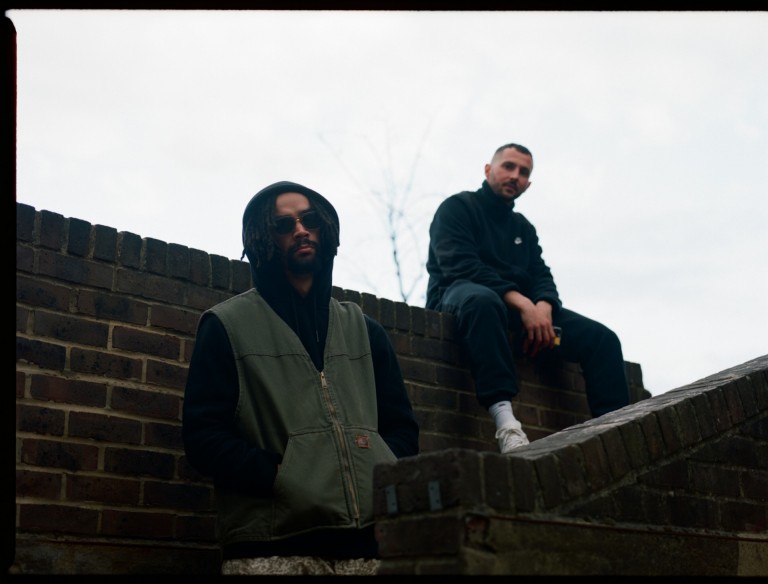 For the Community: Asher Kosher

You probably know him as a London-based rapper, co-founder of Root 73, local community organiser and the honourable founding member of The Silhouettes Project. Asher Kosher has a number of brilliant bodies of work under his belt, but this is not why we’re here today.

Hopping on a Zoom call, I see Asher in a black t-shirt, big smiles sitting in what looks like a very corporate office. I learnt that Kosher’s full-time gig is actually working as a marketing manager at Atlantic Records which left me a bit gobsmacked as it meant that he got up to all of his other musical endeavours I just mentioned on the side. And following his career achievements, it’s no mean feat that’s for sure.

Unlike some artists, Asher was not one to have had a big musical epiphany. He was immersed in it from a young age with his dad playing the bass, his uncle playing the drums for a famous Irish band and his Mum writing poetry. It seems apt that all of these elements have made Asher the producer and writer he is today, “I feel like from young, I was surrounded by that as an activity probably more than something like a sport, for me it was music. So, I feel like the entry point to music was very early for me. I started writing lyrics probably when I was, 12 or something like that. I’ve been doing it for too long.”

As opposed to his previous projects where he’s played some part in a huge a track or collective, this one’s off his own back, “I think this single for me was the start of something. Before I worked in a collective and was more on the kind of organisational side. That’s how it felt anyway. So, I was like helping loads of other artists, I was pulling strings, trying to get people in the right places, all that kind of stuff. Whereas now this is me if I’m able to just focus on my own craft and celebrate that a little bit, which is really nice, because I’ve always felt like I don’t do enough. And it is something I really like to do. So, this is that’s what it felt like.”

Asher is one for the community. Even when discussing his solo projects and single, I noticed his frequent allusion to why it’s so important to make music for the and with people. I couldn’t help but be a bit cheeky and ask whether he’s ever felt tempted to keep pieces of writing or music to himself when working in a big collective and as I expected he modestly laughed and said, “I definitely have like songs that I’ve made and that I don’t just want to give them away. For no reason. I mean, I can tell when something I’ve made is lack of a certain level that it means a certain level of artist or a certain level of like, production, whatever. So, for sure, I think the benefit of working in a collective is that you’re surrounded by people that are into your art. You’re surrounded by like-minded people that are trying to do the same thing or facing the same struggles as you. And it’s almost like I sometimes equate it to like church in a way because you go there because that sounds dumb. You go there to share a belief system with people and to kind of participate in a group activity. That is so important for people. So, I think obviously, sometimes I’m making something and I want it for myself, but also, I always sort of want to share it. Always want to hear what people think.”

‘On Our Street,’ which was funnily enough made in the same session as ‘At The Bay’ in 2019 for all you Silhouettes fans out there. Another fun fact is that they spent more time making ‘On Our Street’ than ‘At The Bay’ but Asher never actually released it – “I liked it. But I wasn’t quite sure about how it was going to work because it was actually structured a bit differently beforehand. And there was no mix. And then, I decided to pick it back up and work on it and me, Bel and Illiterate got back in the studio, we recorded everything. Sam had to remake the whole instrumental because he’d lost all the files. So, we did all of that. And then the final element that made it clicked for me was changing the name of it, because before it was called ‘Keep Lying’ because that’s what Bel says. But then, On Our Street made it feel a lot less dark and dreary, more like a story. And when that happened, that was the final moment. It was like oh, is this it?”

The story behind ‘On Our Street’ came from Bel originally. It’s about two people that love each other but even then, it doesn’t seem to be enough to make it work. There are drugs involved and there is that feeling of the other person never really being present. Asher explains how the in the track, the audience hears that story from both sides, “So she’s singing about a boy. And I’m singing about the girl. And I think the way she’s seeing him is more like he’s hopeless. And then the boy is seeing it a bit more like the girl was actually quite strong and kind of she’s pushing through stuff and she’s quite on her own. She’s her own figure. I think it’s just seeing a relationship from two different sides is what it is, but in a bit of a kind of dreamy way.” It’s pretty deep I responded, he chuckled and in return confessed “I don’t think I knew that when I wrote it, but I feel like that’s how I see how I hear the song now!”

Asher is a master of bagging brilliant collaborations, making it known that his recent singles are just the beginning of the reincarnation of his solo career. “Eerf is a collaborator in more than just a music sense,” explains Kosher when talking about his recent release ‘Focus.’ “We work on various projects together, so the energy between us is reciprocated and it keeps us both motivated. It’s an important song because the last track we put out was called ‘Chase It’, which was a centre-piece of The Silhouettes Project. I guess ‘Focus’ is a view on different aspects of life, but with the same message underpinning it all.”

‘On Our Street’ is perfect to listen to on a rainy-summer night when you’re in a mellow mood, with Bel Cobain’s ethereal silky voice complimenting Asher Kosher’s low pensive tone, they each bring something to make it a sublime track.

‘Focus’ presents itself as another entry point to the scope of Asher’s work not only as a rapper but as a wordsmith and producer. ‘Focus’ turns the next page in Kosher’s dexterous lyric book keeping us eagerly waiting for more.