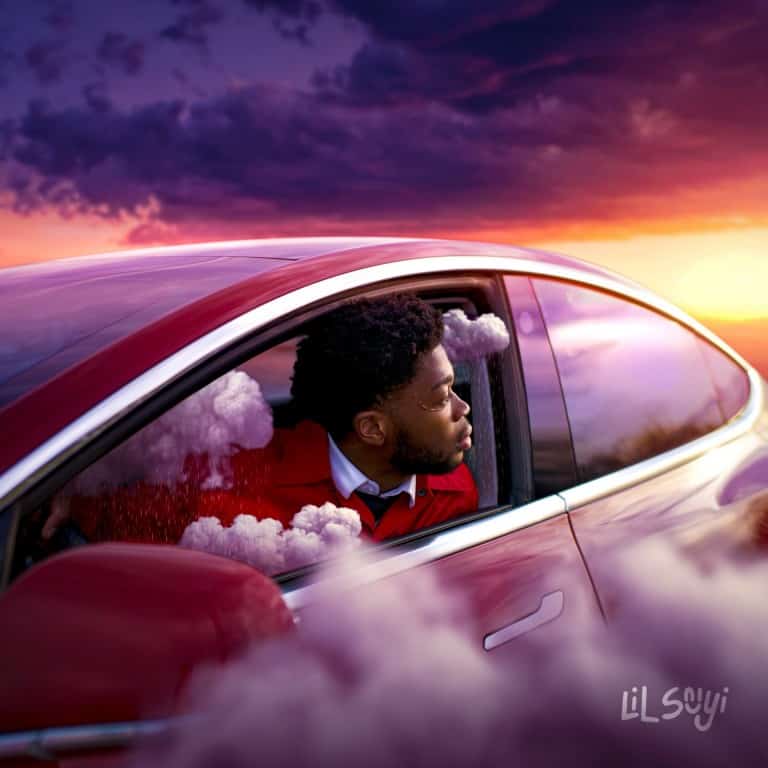 Fast rising singer-songwriter, Lil Seyi, returns with the thought-provoking single ‘Leather Free Seats’. It’s the second offering from his upcoming EP, ‘A Blue Tesla Story’, set for release this summer via Kitsuné Musique. It’s a project that brings to light the artists ability to paint pictures through an enigmatic lyrical style. What’s particularly intriguing is the single’s political undertones, which centres around racial tensions in the US. Lil Seyi places a focus on the countries justice system, creating a fictional landscape where a police officer gets away with the murder of a civilian – a topic that hits close to home.

On the storyline behind ‘Leather Free Seats’, Lil Seyi gives us an in-depth insight: “In the immediate aftermath, the police officer is put on trial to determine if his actions were justified by law. We see our main character go through an internal struggle, battling survivors’ guilt, trauma of seeing his brother’s blood spilled on the seats, and anger towards the police officer, his church that ignored his pain, and himself. Everything is extremely publicized and polarizing, especially when the background and past run ins with the law of his late brother is brought into question. Regardless, protesters are still upset with the officer who killed this unarmed black man, and believe that this killing was racially motivated, chaos erupts outside the courtroom as the verdict is given – not guilty.”

A long-term fan of golden era hip-hop, Lil Seyi delivers a sound that bears clear similarities, with the artists trademark, alternative spin. What’s most impressive about his latest single, is the manner in which it fits into the EP – a project that’s been designed to tell a story from start to finish across four tracks. Both ‘Leather Free Seats’ and ‘AC Press’, have set an enticing scene that we can’t wait to see play out in its full context. 2020’s ‘Evergreen’ – with its half a million streams – showcased just how much potential Lil Seyi has, and that marker might very well be surpassed with ‘A Blue Tesla Story’.