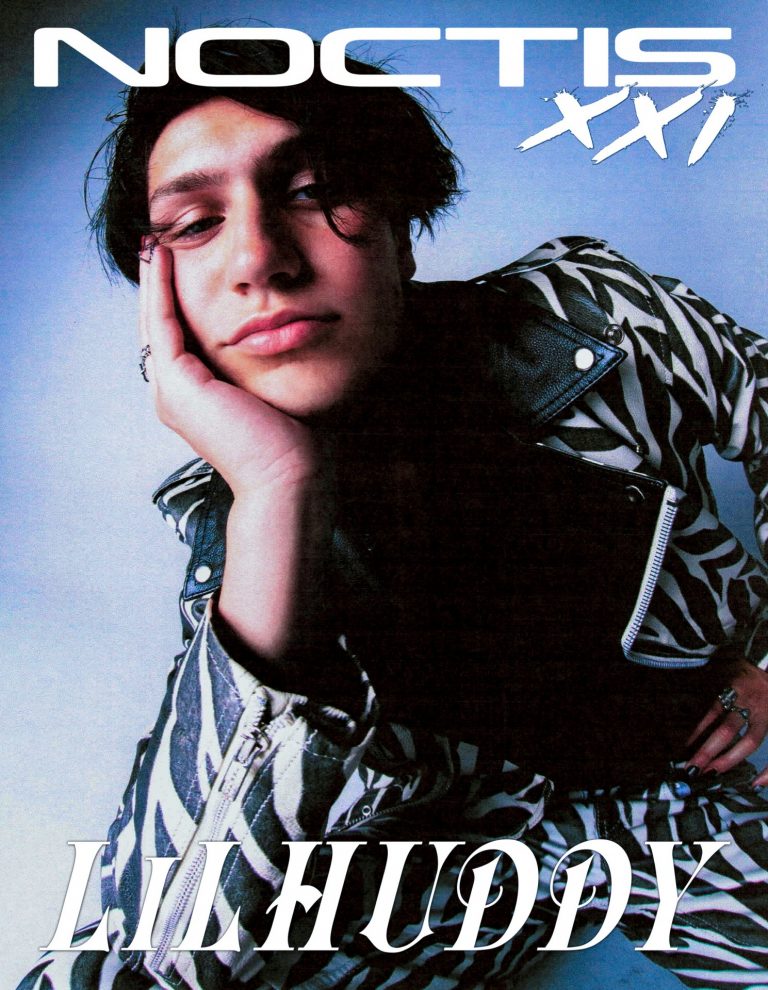 LIL HUDDY Stars On The Cover Of NOCTIS XXI

Celebrating his debut album Teenage Heartbreak, out now via Polydor Records, breakout star LIL HUDDY covers Noctis Magazine’s Uprising Issue. In the accompanying interview, LILHUDDY (aka Chase Hudson) gets candid about finding his true self with music, the importance of his initial releases (‘21st Century Vampire’, ‘America’s Sweetheart’ and collaborating with iann Dior, Tyson Ritter and Travis Barker on ’Don’t Freak Out’) and the grand plan of breaking into the music industry via Los Angeles.

Growing up in Northern California in a very musical household, the now 19-year-old realised the power of his voice when he found his way to TikTok, generating over 1.6 billion likes to date as one of the biggest faces on the platform. Since the start of 2021, Chase has been releasing music, with a signature style cultivated by the raw and restless angst of post-internet era adolescence. On Wednesday LILHUDDY dropped the final taster of Friday’s album with ‘Partycrasher’, the video of which is premiering exclusively now on Facebook.

On the big distant plan of writing and releasing music:

“I saw LA like a stepping stone to get to the music. Cause I always wanted to do that. I just went from having fun to moving out to LA and working my way around… It was ‘maybe one day’ kind of a thing; singing always felt like this foreign object, and now I’m actually doing it”

“Once I started making music, it came full circle for me; I felt lost before. I didn’t know how to dress. I wasn’t sure if I liked the way my hair looked…”

On working with Machine Gun Kelly and starring in his pop-punk musical film Downfalls High:

“MGK just DM’d me on Instagram and said, ‘I have this opportunity for you. I think it’s really fucking sick. Let me know if we could get on the phone’. Only he can just DM somebody and cast him in a movie that way! ..I did two acting lessons. They gave me around 15 lines. I ended up doing 106!”

On the message behind his breakout single ‘21st Century Vampire’:

“There’s a big message behind ’21st Century Vampire.’ It’s almost like you’re accepting the names that people have called you all of your life and accepting the judgement people have made about you and being like, ‘fuck it, I’m owning who I am, I love myself today’… I just always thought vampires were cool, and I relate to them in a way.”

“It [‘Don’t Freak Out’] is a big moment in time for me. It’s my first collaboration ever. It’s the first time I get to prove myself with other people around me. It’s my first big production scene. I got to bring some of my favourite people together to be on a song as well”