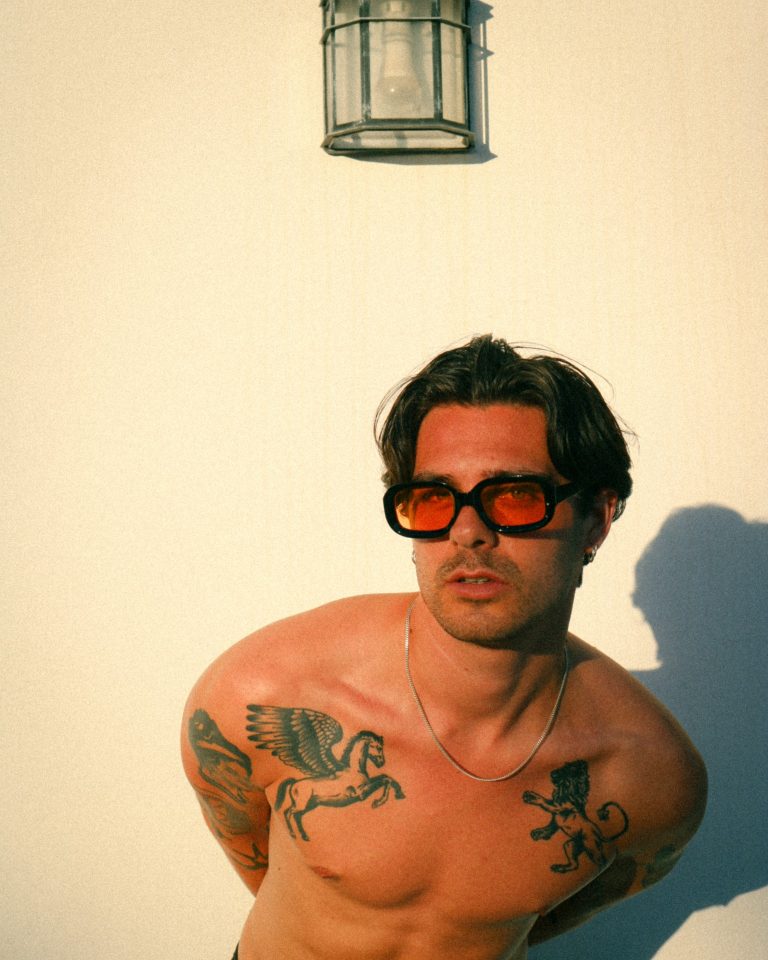 With a succession of critically acclaimed singles under his belt, Yorkshire born rising pop sensation Max Leo has now released his debut EP ‘kinda romantic’. Dancing between bright and bouncy to dark and moody we catch up with Max Leo to discuss the heartfelt emotions poured into the 5 songs.

Hi Max! We love the new EP, it’s so honest and heartfelt. Was it always your intention to create something so honest when you began writing?

Hey! Thank you so much! Oh, for sure, being honest in songs is where the real emotion comes from. I feel like you can always tell whether someone is being genuine or not in songs so it’s really important for me to be as open as i can for myself & for the listener. I couldn’t imagine not being honest or personal in my songs really. I find that i write my best lyrics when I’m as honest as I can be, it’s weird cos writing songs is like therapy, or like a diary…except everyone you know is reading it.

You write about the different aspects of love the good and bad, for a reader who hasn’t been in love how would you describe it?

Love isn’t a feeling you can describe so easily to be honest and that’s why the EP came out like that. If you listen to the EP, it’s me trying to figure out what love is for myself, because it’s definitely not perfect like in the movies, but it can be worth it.

What’s the most romantic thing you’ve ever done for someone?

Maybe not the most romantic but one of the first things I did was when I was 17 with my first girlfriend. For valentine’s day I made her a picture frame and wrote out the lyrics to our favourite song at the time (a fleetwood mac classic) over and over until it filled the page, then on top of that I glued some wooden scrabble tiles to spell out the nickname I had for her, which I’m not gonna repeat cos trust me, it’s super cringe lol you could say I set the standards pretty high for myself early on. now I’m all about the city trips around Europe.

The EP has a number of genres blended beautifully throughout, what music were you listening to throughout the process of creating it?

Thank you, I love mixing genres and experimenting with different sounds so to not mix genres would feel like I’ve boxed myself in and I can’t think of anything worse. I was actually listening to a lot of new music when creating the EP to be honest. I just think there’s some really, really good music coming out in the last couple of years and pop music feels cool again!! I’ve also had blonde by frank ocean on repeat since it was released which has definitely inspired me, as well Miguel, The Weeknd & Fleetwood mac. But growing up I listened to a lot of acoustic, rock & R&B, which I think you can hear in my music, even if sometimes it’s unintentional.

What’s next for you?

I’m gonna enjoy the release of my first project, but I’m straight back into the studio and looking at releasing some more music at the end of the year! it’s good to see live music coming back, so hopefully I’m gonna be playing some live shows real soon, cos i can’t wait to play my project to a crowd, I’ve missed it so much.