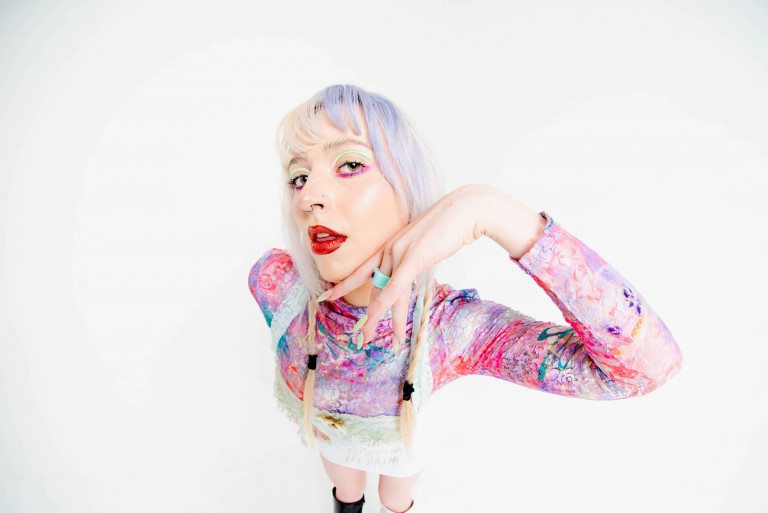 mazie, a 21-year-old Baltimore native, has quickly risen to prominence by combining fatalistic lyrics with glossy alt-pop melodies that are as addictive as they are surprising.

She was drawn to singing at a young age and spent most of her life practising classical and jazz voices. She began creating her own music and recording it with her neighbour, Elie Rizk, who was training himself to engineer and produce in his basement studio by the time she was a teenager living outside of Baltimore. Mazie’s smash 2020 debut, “no friends,” was the result of years of testing and collaboration between the two. The extremely captivating tune, which clocks in at less than two minutes, erupted online, gaining global acclaim and swiftly racking up millions of streams. “We were in total shock,” says mazie. “That song really defined the project for us, and when it started going crazy, everything just accelerated.”

While mazie is a stage name, she is not a character. The songs’ emotions—the highs and lows, anguish and hope, despair and joy—are as vivid as they can be, even when they all happen at the same moment. “The lyrics are the core piece to my songs,” mazie explains. “I feel like every song places a feeling of mine under a microscope and really allows me to dig into grander ideas and emotions I have towards those feelings.”

mazie is full of paradoxes, which she enjoys. She is happy and sad, bitter and sweet, vulnerable and guarded. In a Noctis interview with mazie, we discuss passion, influence and her future plans.

I can’t really remember a time I wasn’t doing music. From the time I could talk, I was singing and I’ve just always been obsessed. I genuinely can’t remember a time in my life when I considered doing anything other than something in music for my career.

You say your music is heavily “rooted in existentialism and the duality of the whimsical and upbeat combined with the sadness of the lyricism”. These themes are heavily present in your music, but where did your passion for freedom and authenticity arise from?

I’m not totally sure! I had access to an incredible education that really encouraged me to question everything, friends who let me explore so many versions of my identity, and a family who encouraged me to be an artist and creative. Those things were so important to me in figuring myself out 🙂 Life’s too short to hide who you are and not express yourself authentically!!

And, what typically inspires your music, specifically the lyrics?

Everything! Life, things my friends say, great songs, etc. My favourite songs are the ones with hyper-specific, real-world references that make me feel closer to the artist and their experience. I pull as much of my real life into the writing.

You have just released the video for “dumb dumb,” which appears on your debut EP the rainbow cassette. Can you let us into what this track is about and what it means to you?

The meaning “dumb dumb” had the day it was made versus the meaning it has to me today is so different! The song was originally conceived on the day of the insurrection in the US – my producer and I were watching the news unfold and were extremely inspired to write the song. Since being placed in Do Revenge and going viral, dumb dumb reminds me so much of everyone’s creations with the song online. It took on a totally new meaning and context through virality and I’m so blown away by how other people’s interpretations of your art can manifest!

The video is existentially trippy, taking viewers on a path of mystery. What was it like producing the video, walk us through the creative process.

We remastered the dumb dumb music video using AI to bring it some new life as the song was going viral. I love integrating AI into my visuals and it’s weirdly the perfect tool to demonstrate psychedelia. The music video itself was a totally DIY project that my friends and I shot in my kitchen. It took a couple of days to build the set of out cardboard and paint everything and then another couple days to shoot the video – it was the most fun I’ve ever had working on a music video.

Your sound and persona are super infectious and showcase your psychedelic twist on pop, how do you want your music to resonate with your listener? How do you want to make them feel?

I hope they feel comfortable being their weirdest and best self 🙂 My music has always been an outlet for me expressing myself and being unabashedly experimental and out there. I’ve found that the fans I’ve made from my music are so similar to me and I really feel a deep sense of community with the people who listen to my music.

Finally, how would you like your music to develop, even more, over the next couple of years?

I just finished my first album this last year and it was the greatest experience – I feel like I grew so much as a songwriter and artist through the process of creating it. I’m so excited to keep creating more projects and to push myself and the sound. I’m also so excited to keep touring! Touring is *the best* and being able to do shows feels like the best way for me to connect with people and really share myself and the music with everyone.