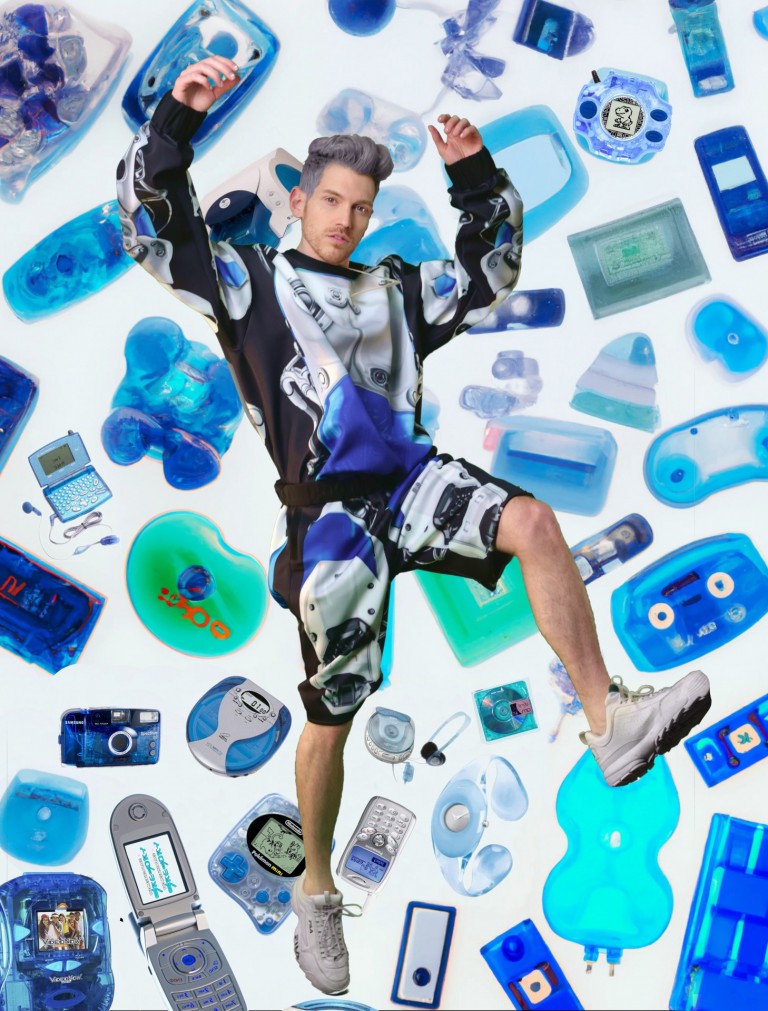 The Eccentric Mind of Gregory Dillon

Gregory Dillon is a pop superstar who aspires to instill profound nostalgia in the minds of his listeners. He comes from a tiny suburban town in New Hampshire, but migrated to Brooklyn in search of confidence, and began creating a pop fantasy that re-explores the perplexing terrain that influenced his upbringing.

His aesthetic has attracted our (and many others) attention, with an 80’s tainted sound and a penchant for conceptual design. With recent placements on HBO Max’s The Sex Lives of College Girls, CW’s Batwoman and Riverdale, Love Island UK, and Amazon Prime original series The Lake, his music has swiftly garnered sync popularity.

Gregory’s music has been acclaimed as a “complete masterpiece,” with over 7 million streams across his career and over 10 million impressions on social media. His tracks “beautiful” and “Alien Boyfriend” topped 1 million listens this year, and he plans to attain 200k monthly Spotify listeners by autumn 2022.

In conversation with Gregory, Noctis seeks insights into his eccentric new release, ‘LSD,’ as well as his colourful history, which drives the music he writes.

You are described as an artist that “absolutely needs to be on everyone’s radar,” as you yearn to bring complex nostalgia to the listener’s mind. Can you expand on this comment and what you represent as a modern-day musician?

Truthfully for me, creating nostalgic music that has multi-functionality is super important to me. I want my songs to be able to play up different moods and personalities based on how my fans want to style their life at that moment. LSD could be a starry-eyed night with the gang or locked in the bathroom emotionally cutting our bangs alone because we’re dumb idiots. I think the key ingredient is having a reckless dose of euphoria in the sound because whether the moment is good or bad we are going to feel a sense of purpose.

You say that you gained most of your creative influence from your father’s flower-child youth in the late 1970s. Why is this an important part of your music now?

As a musician, I’ve been heavily influenced by my father’s flower child energy which came straight from the og psychedelic era. He was a huge advocate of the counterculture movement and instilled in me the importance of individuality, experimentation, and rebelliousness. There’s a classic story of how my dad was arrested in Central Park for streaking while on LSD and then bailed out by my grandma.

My dad also taught me to have a deep connection with nature. He would often take me on trips to the desert to go on spirit journeys, and those experiences really helped shape my spirituality and perspective on art.

The LSD music video was made with my dad in mind; I wanted to give him something colourful and trippy to watch while stoned on his couch- I tried hard to balance a homage to that time period while also displaying my own 90’s spirit alongside it.

Coming from a small suburban town in New Hampshire, what was the music scene like there?

Now that’s what I call tears of my suburban childhood! I swear as a kid the band I saw perform the most was the Chuck E. Cheese animatronics group. When I got to high school, I discovered emo friends and started listening to punk bands and dressing a little more goth. I felt out of place with such baddies but I deeply enjoyed it and think I needed to have some bad influences break me out of my shell. (My big Warped Tour story is how I publicly battled a 12-year-old girl for a drum stick after it hit me in the head during the set of Metro Station… got the shit beaten out of me) It wasn’t until University that I came out as gay and became this lovable silly stoner boy and started playing synth for a bunch of sleazy basement bands. It was here that I really felt and understood the hippie-free love and rock and roll side of life.

You now live in Brooklyn, which was an attempt to find confidence in adulthood. What was this change like to you as a person, and to the sound you create?

Lately in art, if I don’t understand something when I first see it or it makes me question what I’m feeling, I tend to get very excited. That’s what fuels me lately. I need to scratch those moments of intrigue and that’s why I’m so obsessed with the scene in Bushwick and Williamsburg. I feel so surrounded by experimentation both visually and sonically and there is a trashiness and lack of need to please that really gives me the freedom to be wild with how I approach things.

Can you name some of your most cherished moments as an artist so far?

I asked an air-bending monk recently while training at a monastery what his favourite memory was and after a slow pause he grinned and said “the one right now.” I nearly dropped dead from how clever he was.

I’m not as enlightened so three random memories that come to mind are: Seeing my song Plastic Ferrari used in the season 2 finale of HBO’s The Sex Lives Of College Girls was a new high for me tbh. I love cringe, so nearly crashing into the crowd while delivering 15 hot pizzas on rollerblades for the entrance of my pop-punk opera that I recently premiered at The Public was perfect. Oh, I also unknowingly rented an actually haunted cabin in the woods next to an abandoned insane asylum while ironically trying to film a found footage film for lovely. That was scary af but looking back me and my friends have never bonded so deeply.

On the flip side, what have been some challenges, and how did you overcome them?

Staying present is the hardest thing for me despite it being the most rewarding. I feel like I’m always looking up at the top of the mountain and thinking about the future. I think there’s a kind of liquid numbing that comes with partying and reckless actions that sometimes anchor you to not going to that place. The problem is a lot of times there’s a new confidence that comes out but it can be really destructive and there’s often a crash at the end of

You have just released the single titled “LSD,” a pop-punk confessional about the euphoric siren call of a toxic decision. Will you talk about what this track means to you?

LSD stands for…Love Sex and Demonic voices telling me I’m about to get arrested for skinny dipping in my neighbour’s pool. Honestly, I live with a lot of anxiety with the fear of not being able to support myself as an independent artist and lately, I have resulted in a lot of reckless actions. One because they feel so true to my heart but it also feels like such a cry for help lol there’s something immature and reckless that comes with the territory of running from your fears but there’s also a kind of confidence that is required to owning and embracing it. I think a lot of my music lately combines these two enemies.

In the single’s second verse, you let us into the night you got caught streaking while on LSD (something his father was also caught doing in Central Park in the 70s). Why do you think it is that as we get older, we tend to become more curious about our parents’ lives?

Remind me to put all the photos from that night into a hidden folder. Some of my most trashy experiences have been the most freeing. In LSD I really tried to identify my catalyst for rebellion, the confidence that circulated, and the surprising “idc” energy I found even after being arrested. The exploration of my dad’s past has certainly helped me innovate my own experience with drugs, ill-advised choices, and finding freedom in the mundane. And though it’s epic to give each other a first-hand account, I’m most excited to leave a mysterious glimpse into what happened that night.

What advice would you give other hungry musicians who are trying to get their music out there?

Go to those house parties and eat as much as you want at the snack table baby girl. It’s survival of the fittest.

And finally, how do you see your music developing over the next few years? Is there anything you have coming up that your fans should be excited about?

I am going to look back at this year and see that I broke a lot of rules for my artistry. I’m in my bad boy era so I’ll try my best to be good but can’t promise anything. My next single is going to be a defining moment in queer pop music so look out for it.