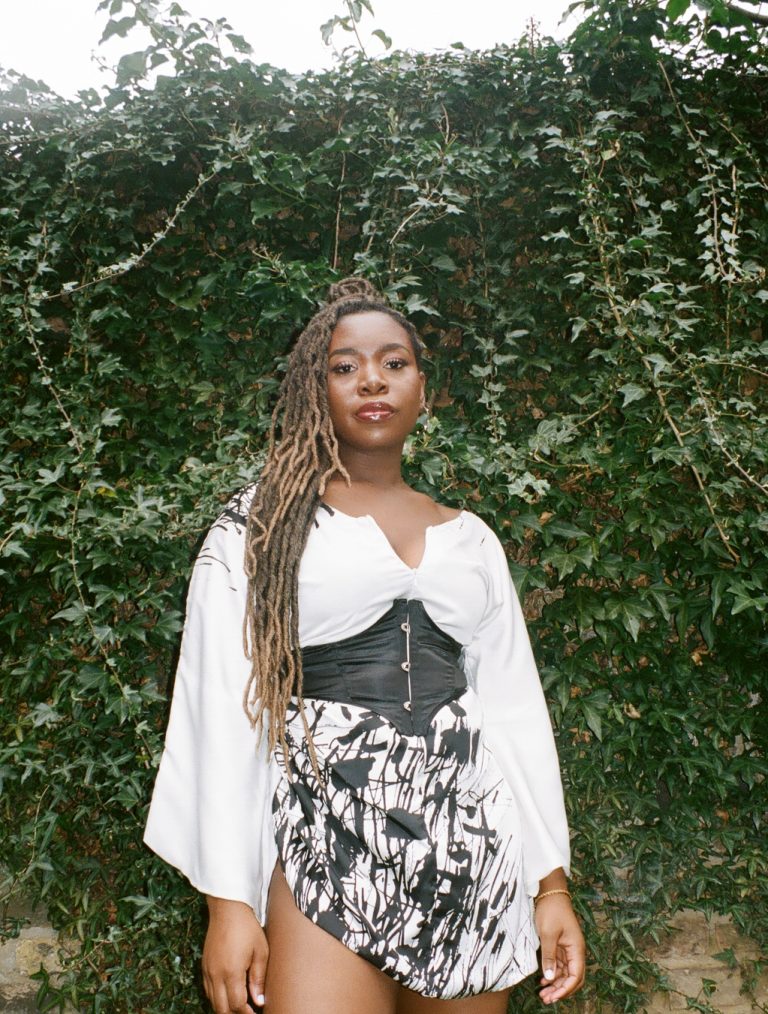 Emerging singer songwriter MEI has become known for her enchanting take on alternative R&B. It’s a dreamy yet personal style that bases itself on honest lyricism. Her latest EP ‘The Hard Way Around The Sun’ is the perfect embodiment of who MEI is as an artist. Written in an autobiographical manner which tells the story of the last 12 months of her life, the artist touches on topics such as racial prejudice, breakdowns of personal relationships, as well as her own personal fight against covid. It’s deeply introspective, heartfelt, and really gives us an insight into her journey to this point. Above all, it’s a story of perseverance that shows the healing power of music.

With each release, MEI further reaffirms her position as one of the brightest emerging talents in the scene. ‘The Hard Way Around The Sun’ is as powerful as it is personal, consistently offering thought provoking moments throughout. Lyrically, the artist shares some truly dark moments with us, which for many listeners will allow them to see her artistry in a whole new light. MEI is without doubt a name to watch out for in the future and as ‘The Hard Way Around The Sun’ proves, she’s ready to take on the world.

When did you start making music?

I started making music in 2012 when I started my music degree. That’s when I began to take music seriously and finally believed that I could make it work.

Your music draws on a glorious fusion of R&B, rap, hip-hop and jazz as varying influences. How would you describe your personal sound at this point?

Thank you! I describe my sound as “honey for your ears, medicine for your fears” but if I need to categorise it, I’d call it Alternative R&B generally.

‘The Hard Way Around The Sun’ tells the story of a very difficult period in your life. How natural did it feel to tell such an introspective story?

Surprisingly pretty natural. I think my music is introspective by nature because it’s a method for me to look inside, see what’s going on and try to process it. I also write about stories of others around me that inspire me or teach me something. I knew that making this project was going to be a big part of my healing, so I had to let the walls down and just be honest.

You endured Covid last year, a life changing experience, how much has that affected the way you live your life?

It’s definitely had a huge impact on me and my outlook on life. I think I’m even more determined to achieve what I believe I’m meant to do and to have more balance in my life. I hardly used to rest before and now I want to make sure I’m enjoying life too, as well as working hard.

The theme of racial injustice also plays a key role on the EP, how much of this prejudice have you experienced in the music industry?

I think my personal experiences of racism in the industry have centred around commercial viability and being a Black woman with darker skin, I’ve felt invisible or ignored for a long time. Being an artist that doesn’t fit into one genre sonically or making music outside of what’s trending, is really difficult as a Black woman because often we’re not afforded the same scope to make whatever music we want. I do feel a shift with this though and hopefully the change continues.

You worked with an all-female team on this project, was this an empowering experience for you?

It truly was, because all though I’ve worked with only incredible male producers and songwriters who have been mega supportive, working with all women just brought a different energy to the music. It was empowering because women are often made to feel less than, in every industry not just music, so it was an amazing feeling to make this project and prove that we can make something great too!

Given the deeply personal nature of ‘The Hard Way Around The Sun’, is there a message you’re hoping to portray to listeners?

I think I just wanted to remind the listeners that there is life after major setbacks. When you’re going through it, it feels like nothing will ever go right again, but you will move through that because the hard time is temporary.

What was the inspiration behind the accompanying visuals for ‘Let Dusk Welcome Me’?

The visual was inspired by the moment that the song is about. It was my first time leaving the house after surviving covid. It was dusk, my favourite time of day and there was this incredible orange and pink light and the fresh air was so overwhelming. My breathing was still pretty bad, so the air felt raw in my lungs, but I was happy and grateful to be walking outside. I imagined a party going on in heaven just for me, celebrating my survival. The video was created by Komikamo and when I told him about this on the phone, he knew exactly how to depict that moment.

What can we expect from you during the rest of 2021?

Live music! (hopefully), very excited to be playing again! A few surprises on the way, but I’m playing How The Light Gets In Festival on the 19th September, so come through!