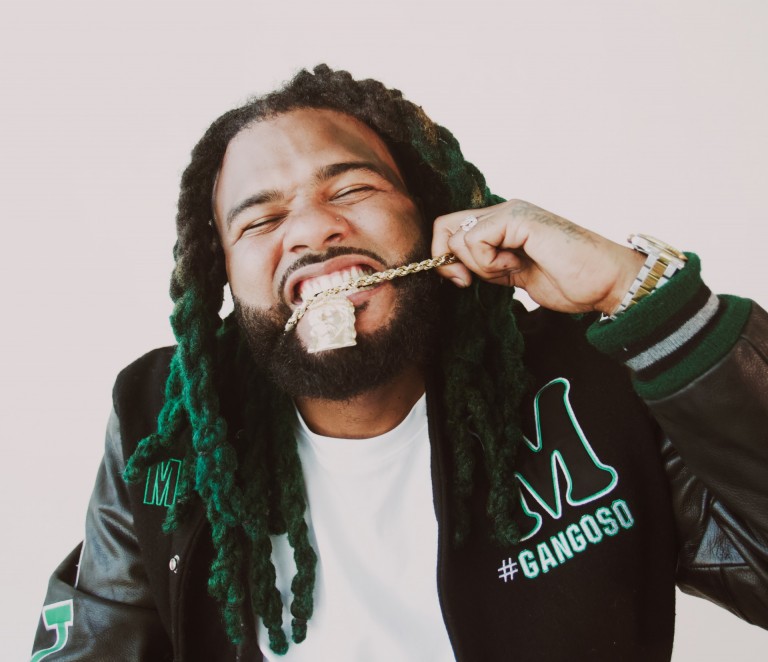 Moreno ITF, a Dominican-born, Bronx-bred Latin drill musician, shows drill culture in a fresh light in his energising hit ‘Berkin.’ This tune begins with an unsettling sirenic melody that draws listeners in as the Latin-inspired production collides tastefully with the trademark booming 808s that placed New York City drill on the map.

“Berkin” is a motivating, upbeat party anthem detailing the “gangoso” lifestyle, a term coined by the rapper himself. According to Moreno ITF, “The Ganogoso way is having a dope clean car, supporting your family, and winning in life.” Moreno ITF is pioneering the Latin Drill movement, exploring his reality of hustling to survive through a positive lens with lyrics like “Yo me recorte y ando perfumao / I’m feeling amazing / El coro mio anda Bien conectao we feeling like Masons.”

“Berkin” is accompanied by an official music video created by noted videographer DNY Lugo. The graphic allows listeners to walk right into the screen and join the party, showcasing Moreno ITF in his element surrounded by good times, friends, clothes, music, and more, a genuine visual picture of what the Latino party culture in the United States is like, the gangoso way.

Through his ambitious form of the drill wave, he mixes the energy of Latin culture with a tune that can cross continents and cultures.

Moreno ITF grew up in the Dominican Republic and the Bronx, leading two extremely distinct lifestyles. He began making music at an early age to cope with his difficulties, whether it was worrying where his next meal would come from or how he would make rent in the Bronx at the age of 14. Some could argue that his lack of stability was doomed to fail, but Moreno ITF knew he wanted more than the cards he was handed. He discovered his motivation in the hustler mindset and rose to the occasion, following in the footsteps of other trailblazers such as Jay-Z, 50 Cent, and Dipset, who are famed for their ability to create something out of nothing.

The Bronx native’s passionate music creates a picture of his ethnic heritage, attracting the attention of media tastemakers and other musicians alike. Moreno ITF is currently the only Latin trap artist to have ever performed at the prestigious SXSW festival in Austin and has previously opened for Chucky73 and Dowba Montana.

Moreno ITF is committed to reinventing norms for diverse artist growth and opportunities as his listenership rises. His brand and wordplay highlight life’s sacrifices, hustles, and entertainment. Moreno ITF is constructing a creative place for his purpose of diverse worldwide expression by utilising his complementing loves like fashion, art, cinema, and overall visual mediums.

He states, “[I want] to be able to tell my story and give hope to a kid that comes from the Dominican Republic with no hope and a dollar in his pocket… [they] can dream as big as they want.”

As he continues to establish himself as a leader in the cultural movement of Latin Drill, 2022 will be a year full of new releases from the emerging star.