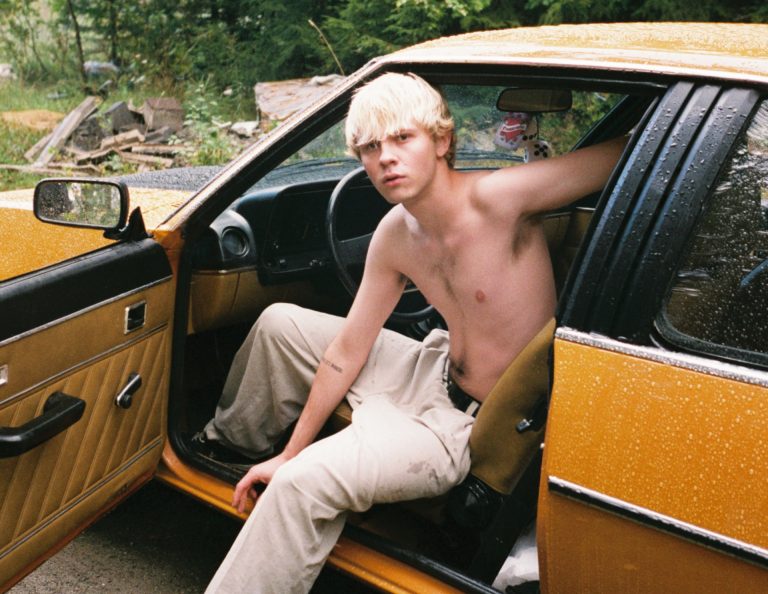 Navigating Through Life WIth Jimi Somewhere

Here, there, everywhere. But Benjamin Schandy is somewhere, Jimi Somewhere. As one of the biggest musicians to come out of Norway, Jimi Somewhere releases his debut LP ‘Nothing Gold Can Stay’, where he reflects on ‘all the beautiful moments in his adolescence that shaped him but are now just memories’.

Inspired by the beautiful poem by Robert Forest, Benjamin is a very nostalgic person and after a rough break up he reminds himself of “how nothing, no matter how beautiful, or golden, can last forever.”

Her hardest hue to hold.

Her early leaf’s a flower;

But only so an hour.

Then leaf subsides to leaf.

So Eden sank to grief,

So dawn goes down to day.

Nothing gold can stay.

Noctis catches up with the Norwegian superstar after a late night at the studio, still working on some finishing touches for his album ‘Nothing Gold Can Stay’. Born in a tiny town of Hokksund, just an hour away from Oslo, a city where nothing really happens, Benjamin went against the flow and became one of the exciting names to come out of the whole country. We ask him where things changed for him, and the answer is Green Day.

“I remember so vividly the first time I heard pop-punk. My sister showed me Green Day when I was super young, and it gave me this euphoric feeling that I hadn’t felt before. I got this rush of energy and started digging every day on my computer. I thought it was the coolest thing ever”, he explains.

From an early age, you could see little Benjamin forming punk bands, but it wasn’t until he met his best friend Milo and lots of trial and error that he became Jimi Somewhere. Benjamin elaborates: “In elementary, I would form a bunch of bands that would always dissolve because the other members didn’t take it as seriously as I did. After that, I kind of kept to myself and wrote raps because I wanted to be a rapper. Eventually, I met my producer and BFF Milo in 8th grade, and we would start working together. From there, it was trial and error until the first Jimi Somewhere songs came to life. That’s when we knew we had something. I released my first piece of music on SoundCloud in 2016, and now we are here!

Living in the generation of Tyler, The Creator, and co, Benjamin’s stage name followed the impetus: “Growing up on Odd Future, I always thought Earl Sweatshirt and Frank Ocean were the coolest names ever. I felt like Jimi Somewhere fit the kinda music I wanted to make well and just ran with it. Maybe I’ll regret it one day, but so far, I still like it”, he says. We like it very much, do you?

“No music scene in Hokksund”, he laughs. “It’s the smallest city in Norway. I found my community online at first because nobody where I lived, was doing what I wanted to do. I didn’t really meet anyone from the music scene until I started doing gigs. And from there, it’s quick because the scene is so small, so you all pretty much know each other. Me, Boy Pablo, Girl in Red, Jakob Ogawa etc. we all played at the same festivals and events in the beginning, so you run into each other a lot. I love the Norwegian music scene though, just because it’s so small, it feels very supportive and accepting. I haven’t met anybody big-headed or mean here yet—all just very nice and passionate people”, Benjamin talks about the music scene in Norway.

Today is the day when the highly anticipated album by Jimi Somewhere comes out. This 12-tracks long project follows Benjamin around while he navigates his way through becoming an adult. He explains the title:’Nothing Gold Can Stay’: “It’s based on this lovely poem by Robert Frost, which is about how nothing, no matter how beautiful or golden, can last forever. That’s a beautiful sentiment, which resonated with me a lot because I’m a very nostalgic person. This album is kind of me reflecting on all these beautiful moments in my adolescence that shaped me but are now just memories”.

Throughout his journey to becoming who he is today, he also scooped up wisdom he is ready to share: “Think a lot! About everything! When you are aware of what your passions, values, and goals are, its way easier to navigate. And to figure that out, you need to think, analyze, reflect and be critical. That was a very boring answer, I think, but it’s true! At least to me. And try to think about the big picture. Growing up is rough, but a lot of what you deal with is temporary. Find your people and stick with them

Everything is temporary, the good and the bad; remember that whenever you are struggling. Putting things into perspective really helps. For Benjamin, it was the uncertainty that kept him up at night, but music always has the answer:

“It’s very difficult to find your place, I think. Going out of high school, I knew I wanted to be an artist and live music, but choosing that career path is scary because it’s so unpredictable, and you can’t be sure it’s gonna work. Then you start thinking maybe I should just go to school, but I knew that wouldn’t make me happy. So for me, at least, I was stuck between safety and ‘happiness.’ A lot of my friends, on the other hand, didn’t feel like they knew what they wanted to do at all, and that’s just as scary. I feel like I’m still finding my place to this day. Still doubting my work is good enough for a big audience. Still have days where I’m reconsidering. But my love for music keeps me going. That’s my compass. Follow your heart type of stuff”.

While working on ‘Nothing Gold Can Stay’, Benjamin used writing to clear his mind from his hardships. He goes on by stating: “Music has always been therapeutic to me. Whatever I’m going through, I write about, and it automatically makes me feel better. When making this project, I went through a pretty harsh break up that stuck with me for a while. When I finally managed to write about it, it felt like a huge weight got lifted off my shoulders. That song is called ‘Tears, 201’, and it’s one of my favorite songs”.

A standout track featuring Kacy Hill ‘Jesus’ was one of the singles, and it’s a truly catchy one. Benjamin tells us how the two met as a result of pure law of attraction manifestation: “I’ve been a huge fan of Kacy for so many years, and a couple of years ago, when I was in LA, I found out we had a mutual friend. We begged him to ask her to come by the studio (with no actual hope of it working because we didn’t think she would be interested), and she did! We hung out for a little bit and showed each other some music. She’s the sweetest person and very calming to be around. We never got to work that year, but when I got back to LA in early 2020, we had more time, so she came over, and we finished “Jesus” together!”

As you could imagine, ‘Nothing Gold Can Stay’ was recorded at various locations with different people at several studios. We asked Benjamin to choose one session he will not forget, and this is what he picked: “My good friends in Laundry Day invited us to Rick Rubin’s iconic studio Shangri-La when I was in LA early last year. The whole day went by, and we were kinda just observing them do their thing and listening to music, but at the end of the day, me & Milo felt like we couldn’t leave without at least recording something. For a long time, we had wanted like this ‘group screaming’ vocals on my single ‘Bottle Rocket’. So we put up a little studio just in the living room there and recorded that with Jude from LD right at the spot. It’s cool to have a little piece of the album come from such an iconic place—shoutout Laundry Day. Love them to death”.

Benjamin Schandy, Jimi Somewhere, or the next Norwegian heart-throb, the artist is only scratching the surface with his talents and will put Hokksund on the map indefinitely. Be alert.