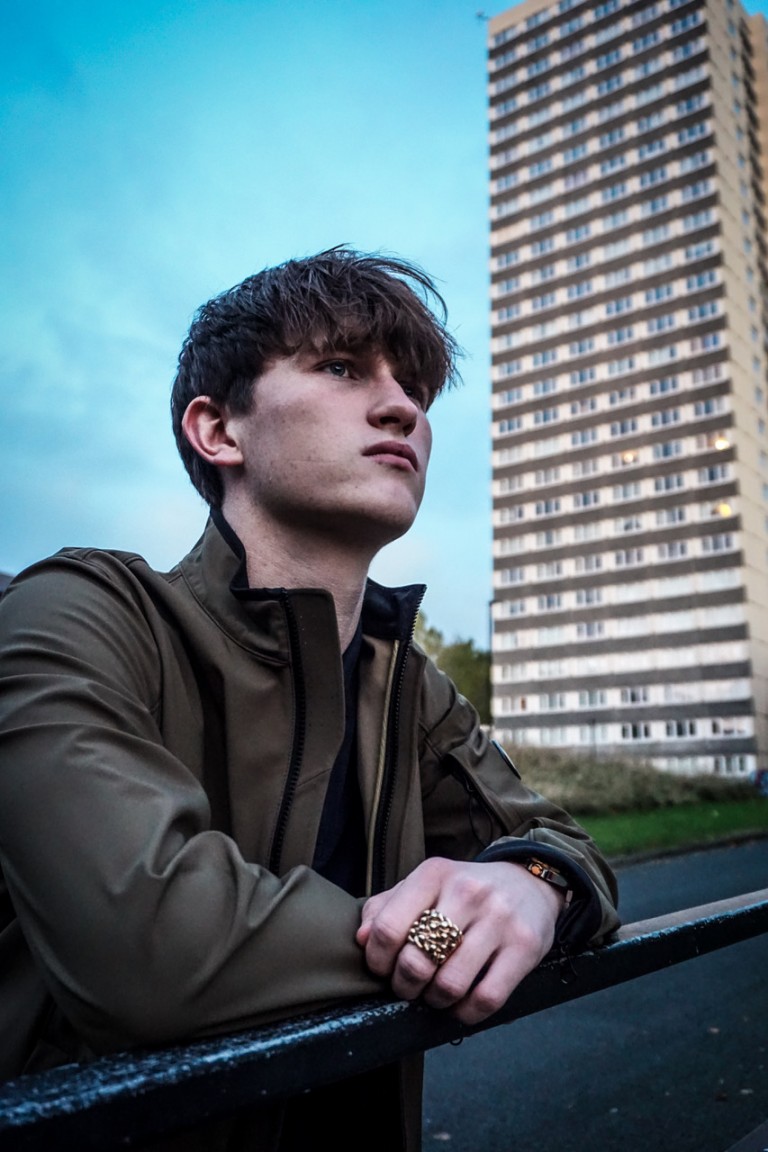 On The Rise: Andrew Cushin

With a powerful sound that resonated with indie-alternative artists like Noel Gallagher, 22 year old Geordie, Andrew Cushin, kickstarts his upcoming debut EP with his title track, ‘You Don’t Belong’. Produced by Jason Stafford in The Libertine’s studio, The Albion Rooms, the single rings with indie guitar riffs, synthesisers and weighted lyricism. Released today, we also get a first look at new follow up single ‘Catch Me If You Can‘, accompanied by refreshingly raw visuals to ‘Catch Me If You Can‘.

The young singer-songwriter’s raw talent has already taken him many places, having been signed with the Strap Originals label and hitting the road with rock band, The Sherlocks, in April. Andrew still holds ties with his hometown though, supporting Noel Gallagher’s High Flying Birds in Newcastle this summer.

Along with a very impressive line up of gigs, Andrew’s new EP, You Don’t Belong, is set to be released on April 22nd. Despite what the EP’s title suggests, we talk to Andrew about his upcoming tracks to discover how he does very much belong.

Hi Andrew, we’d love to get to know you better – can you tell us about your background in music?

Music background… Hmm, I suppose I’ve been brought up with the best of both worlds to be honest. My mother could always hold a fairy in tune note and my dad was into the likes of Paul Weller, Noel Gallagher, Richard Ashcroft. I did however go through a pretty regrettable JLS stage in my early years.

Ok so, aside from JLS, who or what inspires you when creating your songs?

When I go into the studio I suppose I try to lay down whatever works with the song. One of the best bits of advice Noel Gallagher gave me whilst in the studio was, “less is more”. I bear that in mind a lot when writing and recording… I don’t try to overdo anything.

A question we’re dying to know is how did you get signed to Pete Doherty’s label, Strap Originals?

Our first gigs after lockdown were with Peter Doherty. I was rather surprised after the first song of the first night to find him stood at the side of the stage! He’s a great guy and I respect him a lot. His label, Strap Originals, have been very supportive of my music. I have a good relationship with Peter, Jai and the rest of the team at the label.

Along with Pete, you’ve worked with a few big names including Noel Gallagher. How was that and what’s the best piece of advice they’ve given you?

Noel Gallagher has given me some unbelievable advice over the past 2 years. From songwriting tips to setting up amplifiers! The bloke’s great!

Peter hasn’t given me as much advice as such, but he did offer me a platform through Strap to release more music and grow my audience, so that’s something else I’m thankful for.

Congratulations on the release of ‘You Don’t Belong’, we can’t wait to hear the rest of the debut EP! Kicking off with a strong guitar riff, can you tell us more about the song?

That song came about as an acoustic ballad, although it sounds the polar opposite now. The riff was born virtually in the studio/rehearsal room… for whatever reason the acoustic guitar wasn’t working with the band. Indie-rockifying it was the best option I felt. It’s a festival track for sure!

We noticed a subtle change in this sound compared to your previous music, is this intentional?

I mean, comparing ‘Memories’ to ‘You Don’t Belong’ is pretty far out. It’s not necessarily a new sound I’ll stick to forever, it’s just something I’m enjoying experimenting with. I want to fill my set with songs to get people dancing to one minute and stood with their drinks in the air the next.

What’s the narrative behind the track?

Well, the lyrics speak about a story and a lack of courage to tell that story. The line, “how can I share with you?” and “how can I pass to you?, it all speaks about me struggling to talk about the things I probably should be talking about…

The pre-chorus, “do you think this is easy, what I’m pulling from my heart?”, goes really against everything I’ve ever said. I once thought writing these songs were a sort of therapy for the things I was going through. It does however take its toll. One minute you’re writing your songs to deal with the emotion, the next you’ve gotta sing those songs every night and remind yourself of the trauma you went through. It’s not always easy.

We think it’s great that you’re addressing men’s mental health, and you even performed at a benefit night for the mental health charity, MIND. Do you have more to say on this?

We raised a lot of money for MIND that night, I’m awfully proud of that. It’s an unfortunate fact that most people in this world have lost someone to mental health, I’m no different. I just wanted to give a little something back to the people who try to make a difference.

Finally, ‘You Don’t Belong’ is a little taster of your new debut EP, due to be released on April 22nd. What else can we expect?

So, the EP will feature four tracks. Two of which are very much that, ‘You Don’t Belong’, vibe… Another is a more melancholy song of which people will associate more with my previous work and another is just as great as well! I’m excited to see the reaction and can’t wait to get playing them live!