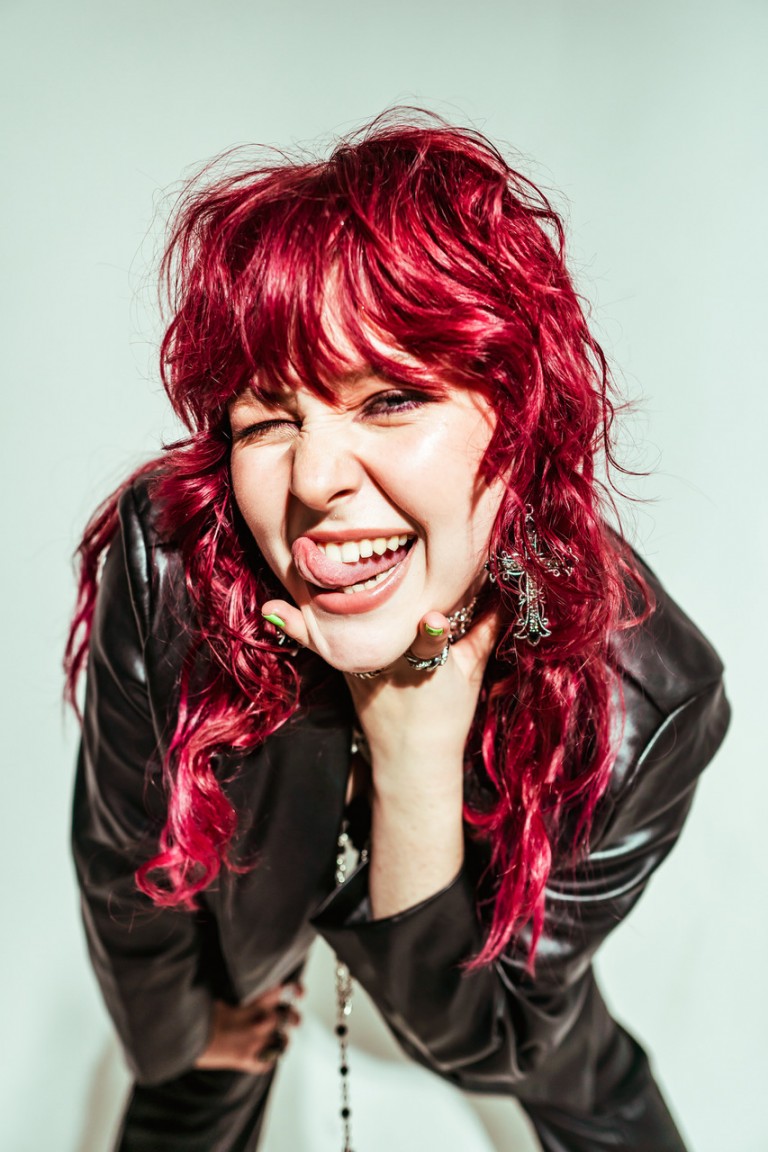 She is interested in issues such as discrimination, sexism, and racism, as well as concerns about identity. Growing up in a conservative society, Karin Ann’s music serves as both a secure environment for her to express her thoughts and a creative outlet that may also give comfort to those going through similar circumstances. “All of the songs on this EP talk about issues that I think everyone goes through, especially when becoming an adult and figuring themselves out. I thought that these things people go through are like the side effects of being human, and that’s how the whole concept was born. I discuss things such as relationships, friendships, how toxic relationships and friendships can get, mental health, growing up and much more,” says Karin Ann

With ‘winter song,’ the album concludes with a calm, ethereal goodbye to the present season. Its accompanying movie, which focuses only on Karin Ann, is a wonderful picture of mid-winter sorrow. As the icy frost bites outside, she becomes lost in her thoughts and seeks refuge in the cosiness of a hillside cabin.

Despite her apparent composure, Karin Ann admits to being a true introvert. She was inspired by several musicians unified by their force-of-personality, from Billie Eilish and girlinred to Queen, and first released a few Slovakian-language tunes wholly independently for her self-fulfilment. Noctis sit down and chat with the artist about her journey, best moments and the ins and outs of her career. We also find out all the gossip on the latest EP ‘side effects of being human’.

How are you finding the music scene? Is it what you expected?

I don’t know what I expected it to be and to be honest…. I don’t think I’ve got to experience it yet as most of my career was spent in the lockdown…hopefully now things are reopening and I can start to play live and release more music I’ll get to experience everything properly!

Tell me about the journey you have gone through, were you exposed to music as a child?

I used to do figure skating growing up which includes also doing ballet and gymnastics and dance so I’ve always been around music. My mom also played us music she liked so it was anything from musicals to bands like Queen, Kelly family and The Beatles.

You are described as “a fiery female rockstar in the making”, what makes you a rockstar? Can you let us into a day in the life of a rockstar?

I don’t think that there’s a template that you have to fit into to be a rockstar, I think it’s mostly about freedom.

The new EP ‘side effects of being human’ is out now, what does this body of work mean to you?

I think people now have a body of work from me that best represents the current me….. especially compared to the first EP that I wrote 4/5 years ago. It’s been great to put out a body of work that reflects me right now.

Also, what are the main inspirations behind the EP?

Life. Most of it is things that everyone goes through in their life, especially when growing up. I talk about themes like mental health, heartbreak, toxic relationships and toxic friendships and in general just trying to figure life out.

Out of the 8 tracks, which are your favourite & why?

I love ‘almost 20’ cause I think it captures how growing up feels, especially if you didn’t experience all the things that you’re “supposed to experience” in your teen years, all the things we see in movies and on social media etc.

I also really love we’re friends, right? because it’s a very personal song to the point where people who were in that situation are probably able to figure out who exactly it’s about haha! It gives me comfort that so many people can relate to it even tho the emotions in the song are more aggressive ones.

How do you want people to feel when listening to the new EP ‘side effects of being human’?

Seen, understood or like they can relate. It helps me if people relate just as much as it helps people to have something to relate to.

We see you have a few live shows planned, can you tell us a bit about them – will you be performing the new EP?

I’m super excited about this upcoming tour! You don’t get to tour Europe with your friends too often haha. I will be performing mostly things off of the new EP but there will be some older songs.

What advice would you give yourself if you could speak with the 16-year-old Karin?

This might sound cringy but even tho it will be hard and you’ll always have to figure things out, everything will be ok.

I have no idea haha, I’m just trying to go with the flow.