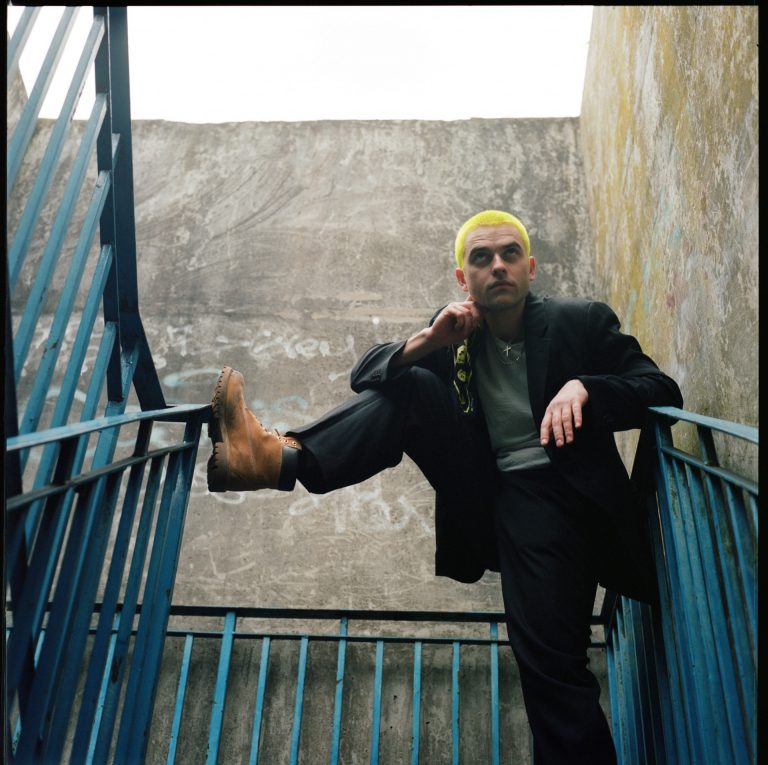 On The Rise: George Eve

To grasp the type of songwriter he truly is, London-born George Eve spent last Friday writing song lyrics inspired by the feeling of speed, all drawn from recent car journeys “driving really fast” to the soundtrack of Radiohead’s ‘The Bends’.

For an artist so early into their career, George is embarking on his own sonic journey where his recent releases contrast each other, producing a discography concoction that indulges in Kate Bush, HAIM, The Strokes and Dominic Fike influences to name a few. “It’ll make sense soon”, he throws out there. Hopefully, it doesn’t, that’s where all the fun lies.

As a self-proclaimed DIY musician, George’s entity lies within the stylistics of left-field bedroom-pop. “I think it’s really empowering that DIY is a genre that anyone can do as long as you put your soul into it”, he admires the art that has bloomed from DIY artists both past and present and desires results that often arise from lack of budget. In particular, his own visual for indie-pop nugget ‘Gates’ was a proud moment that, just like those Apple posters, was ‘Shot on iPhone’.

‘Gates’ contains various stock footage that symbolises critical aspects of George’s life. Transitioning between cartoon images in direct reference to the track’s lyrics, to escalator shots panning down to London Underground stations; meaning exists in every inch of the visual. Naturally, I dig to discover his favourite tube stop and found myself in receipt of an almost rehearsed answer. George was prepared.

“It’s actually a hard one, there’s so much greatness out there! … Baker Street is great cause it’s so Victorian, and the escalator shot in the video is from Oxford Circus, a classic station with a few cheeky short cuts”. He also has a penchant for Camden Town, “I used to love going to the market as a kid”, but nothing comes close to Piccadilly Circus: “because you walk out of the station into flashing lights”.

Other footage in the video links to old English pubs: “My grandpa used to run a pub and the footage reminded me so much of my grandparents from both sides, it really struck a nerve. I realised that it wasn’t just me who had spent a lot of their life in the pub, it’s part of my heritage!”

Much like his music that often echoes in acoustics and exudes midsummer energy, George embodies all of this and more in his downtime as he gallivants around the city, often residing by the low-tide banks of the River Thames. “It gives me a really timeless feeling like I could walk back up the ladders and be in any era of history”, he visions. “I let my imagination go wild down there”.

Stripped from his forthcoming EP that’s still under wraps (for now), ‘Gates’ sits alongside a plethora of guitar, trumpets and stories that’ll dig deep into George’s own personal struggle. “Hopefully a bunch more stuff you’d love to see live at a festival on a Saturday afternoon”, he describes. Shall we crack the cans open now?

When it came to producing this EP, George admits that a game plan simply didn’t exist: “It’s mostly vibes”. His mantra is to remain honest and let the chords and melodies streamline, a practice that to date has landed him national radio support and collaborations with compelling industry professionals.

And this is only where it begins. George Eve plans on elevating his craft through the DIY movement whilst simultaneously entertaining us as a musician. “I would love to keep the ball rolling”, he states, already accelerating at astronomical paces with zero signs of hitting the breaks. Full speed ahead into greatness.