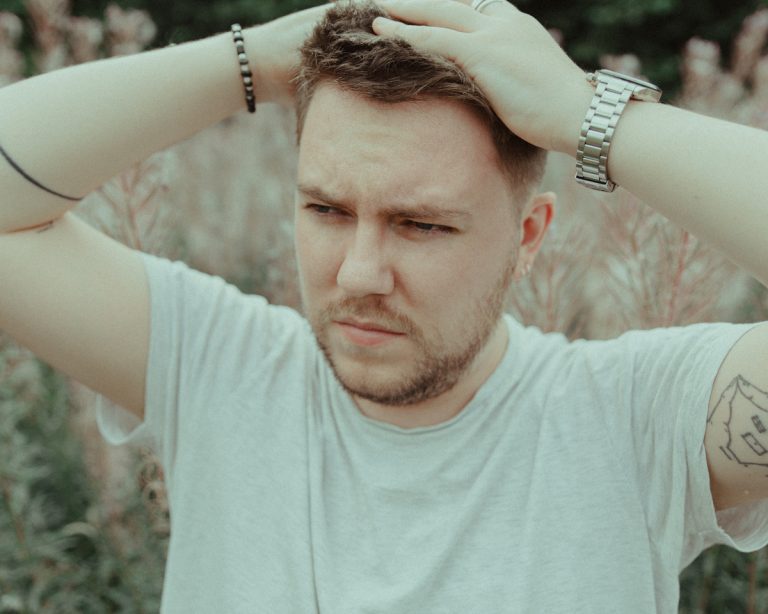 Saint Raymond Returns With ‘We Forgot We Were Dreaming’

“It’s alright, it’s alright, to not be alright,” sings Callum Burrows, professionally known as Saint Raymond, on his empowering track ‘Alright’ out of his new album ‘We Forgot We Were Dreaming.’

Today, Saint Raymond releases the follow-up for his Top 10 album ‘Young Blood’. On ‘Alright’, a single from ‘We Forgot We Were Dreaming’, Burrows showcases his growth and musical development. Letting the lyrics speak louder than the music, Burrows opens the floor to discuss declining mental health. ‘Alright’ can be a helping hand for many suffering but are too scared to ask for help.

Known for putting out indie-pop festival anthems like ‘Right Way Around’ and ‘Solid Gold,’ Burrows leaps in the right direction with ‘Alright.’ Using his platform to empower ones in need, he explains how much music actually means to him: “Without sounding really cliché, it’s everything, I guess. It is literally what I do and what I love doing and everything I’ve loved doing since I was young, it’s everything”.

We chat to Saint Raymond and discuss how he got started, his desire to speak about mental health, valuable advice and new album.

When did you know you want to pursue it?

I think towards the end of secondary school when all my mates knew what they were doing in terms of what college they were going to go to and then what university were going to. I just had no idea! I think it was because I just wanted to do music all the time. I started gigging quite a lot towards the end of school and I knew that’s what I wanted to do.

Just by playing loads of gigs. A lot of them in the early days were to literally no more than five people sometimes 0 people – just me and the soundman! I think that’s where you learn a lot in terms of how to perform. And then I was just putting my music online like on YouTube and sending it to BBC introducing it all stemmed from there.

What is some valuable advice you’ve learnt while being a musicians?

Always trust your gut instinct, it’s so important to take advice from people especially people who know more or who have been in industry longer than you. At the end of the day it’s your music and if you’re not happy with it then it’s really not worth it, so to always trust yourself in that sense.

Your music is very uplifting, who do you listen to when you need a pick me up?

When it comes to a lift me up I love listening to old school music! Stevie Wonder,  Luther Vandross and artists like that. I just think there is an energy that you can’t help but be happy to.

How do you go around recording a song, what comes first for you, a melody or the lyrics?

Usually it starts with guitars and maybe some drums and kind of building the song up from there. Then adding a melody and lyrics. ‘Alright’ was a little bit different though, we kind of had a rough melody idea and just sat around a piano trying to get the lyrics and then recorded it all, so it was a bit backwards.

What inspired you to open about mental health on ‘Alright’?

I just think it’s something that is so important for people to talk about and I’ve never really talked about it on a song so I thought it was really appropriate!

Do you think the music industry is improving in discussing themes like mental health and depression?

I think people are talking about it more but I’m not sure if it’s improving. I think there needs to be a lot more help for artists especially newer artists in terms of getting help and advice and support. For example I never received any kind of help on that side of things early on in my career which I think may have helped me.

How would you compare your debut album ‘Young Blood’ with your upcoming record?

I think the main thing is I’m a lot older now I wrote that first record when I was 16 to 19 and now I’m 25 so I think I’ve just grown up and situations around me have changed.

What else can we expect from ‘We Forgot We Were Dreaming’? What topics will you touch on?

The album just touches on similar things really –  relationships, faded relationships, people coming and going in my life, other peoples lives and more on mental health.