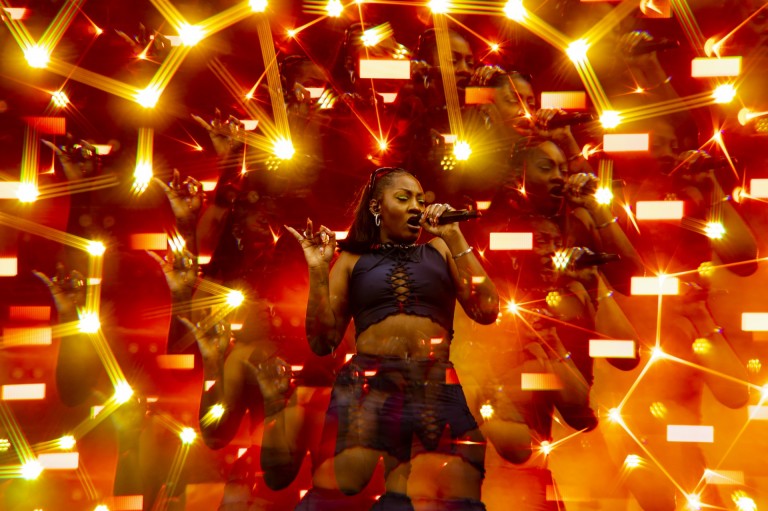 Last Saturday morning, a flood of festival goers prepared to have a good time down at Parklife. As this year there were no covid restrictions people were making up for lost time.

In typical England fashion, the weather did throw down some rain but that did not stop anyone from donning their neon attire, buckets, short shorts and bum bags. Festival goers kept warm by cutting all types of shapes to multiple DJs like Annie Mac, Four Tet, Carl Cox and many more. As the vibes continued, the sun came out to shine a light on what was going on in Manchester.

The weekend’s lineup was monumental, ranging from drum and bass, house, hip hop and pop performed on 10 stages. On one stage, a lucky couple even got engaged. Milo came with his girlfriend and left with his future wife! While it is hard to top a proposal there were lots of different musical moments that will forever live on in our hearts.

50 Cent headlined his first festival of 2022, he performed all the classics the crowd wanted to hear: In Da Club, P.I.MP., Candy Shop, Many Men, 21 Questions. The crowd for 50 Cent was absolutely mental on the main stage.

Meanwhile later on, Kojey Radical brought the light and vibes to the Repercussion stage prancing around in bright green trousers, who seemed to be having more fun than the audience. The audience of course joined in with the mosh pits forming and bringing everyone together.

It is still pretty hard to top 50 Cent and a marriage proposal, but Sunday at Parklife did not come to play either. Rain did not stop the festival goers from having the time of their lives, it’s only to be expected with England. Different DJs such as Annie Mac and Jayda G were building spirits for the rest of the day with their enthusiastic sets.

On the main stage, we saw many flock to Lewis Capaldi as it was his first performance in about three years so loads of people were excited to see him. Later on the main stage, the hot girl coach Megan Thee Stallion came out playing all the crowds’ favourites including Body and WAP. The set was quite electric, her dancers also added to her vibe and the audience were definitely entertained.

Tyler, the Creator closed the main stage with his eccentric antics as usual. Combining scenic visuals and dancers, the rapper performed classics like Lumberjack, 911/Mr Lonely, Yonkers and with Frank Ocean. One thing Tyler is not is a typical rapper, his performance always pushes the envelope which is refreshing to see artists be comfortable in their artistry.

Parklife 2022 was most definitely a celebration of life and love, after two years of uncertainty. This is the first sight of normality coming back to the UK.