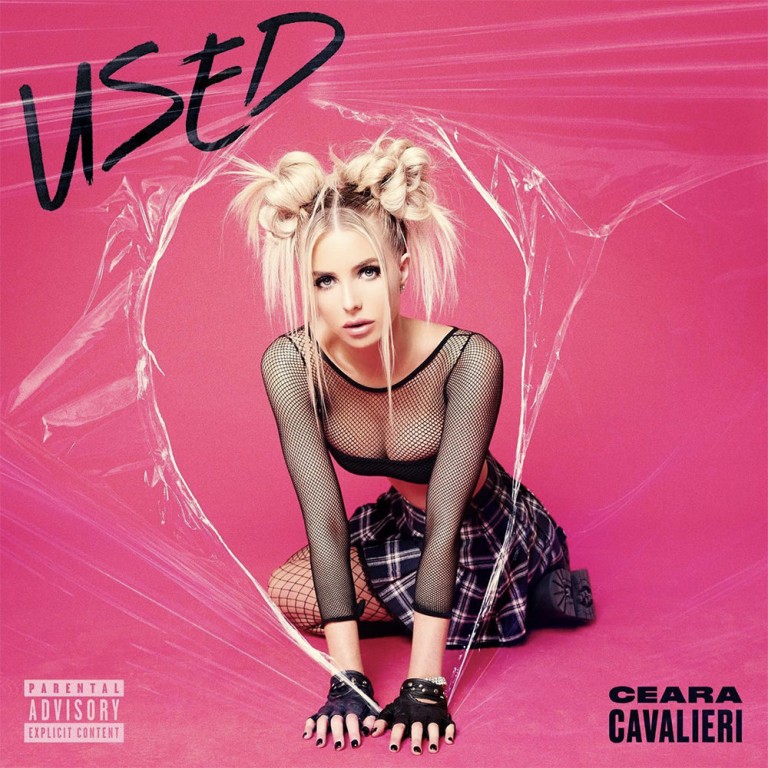 Ceara Cavalieri, a Southern California-based rock and pop singer/songwriter, has released her latest female anthem, ‘Used.’ This song is a strong powerhouse, full of rock noises, hardcore engaging lyrics, and a lullaby melody.

Ceara, now 26, graduated from UCLA with a degree in Psychology and has since committed herself full-time to music. Her passion for music began at the age of three when she discovered her voice and couldn’t stop singing. When her shyness prohibited her from expressing herself, she turned to songwriting throughout her adolescence.

She now holds six single releases under her belt and is forging her own distinct sound of immensely addictive and genuinely approachable pop-rock songs. Her most recent hit, “Damn,” was added to Spotify’s “Teen Beats” and “Fresh Finds” playlists. Ceara recently worked with DJ/Producer EQRIC on two dance tunes that were included on Spotify’s “Dance Brandneu” playlist.

Ceara confides on the release of ‘Used’, “I wrote this song about being in a relationship that began to feel one-sided. It’s the worst feeling when someone begins to act like they don’t care about you anymore or are just “using” you. In the song, there’s this back and forth inner struggle between staying in this relationship where you are being treated badly or leaving because you’re sick of feeling “Used”. It’s easy to make excuses for their behaviour at first, especially if you really care about them, but no one deserves to be in any type of relationship or friendship where they are feeling that way, and I hope people can connect to this song as I do.”