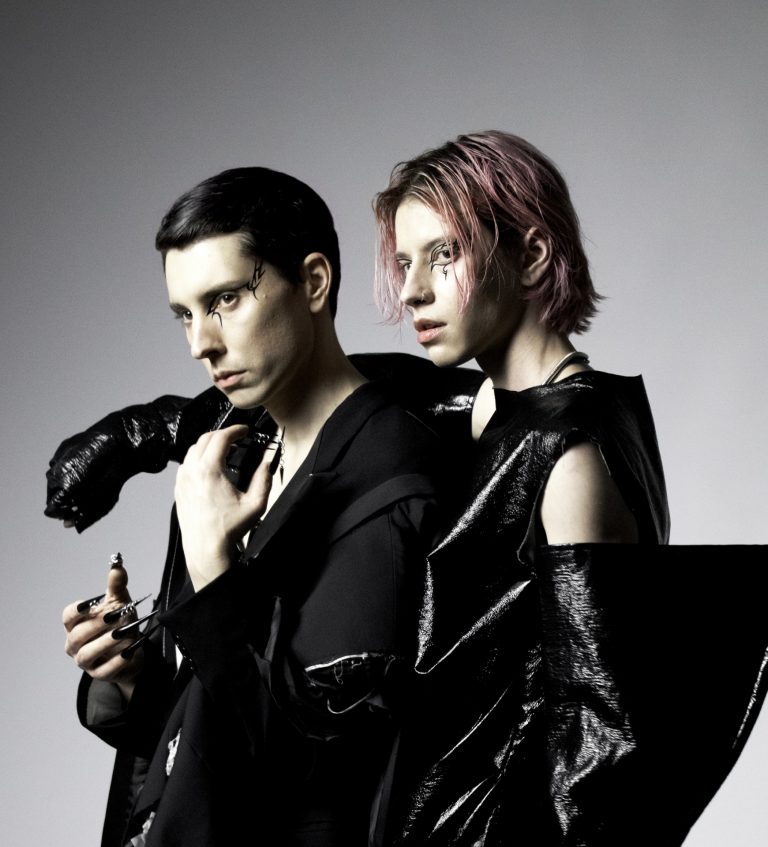 Belgian hyper pop duo, Promis3 have just released the accompanying visuals to their latest single ‘Future Funeral VIP’. Drawing on inspiration from European club culture, fetish and nostalgia, we see the artists tell a story about a subject they’re incredibly passionate about. ‘Future Funeral VIP’ discusses the dangers of drug abuse, and how it cannot be used as a form of dealing with everyday problems. With the songs key focus being around the realization that drugs can’t act as a substitute for real connections nor emotions and that togetherness can really fill the empty spaces in our hearts.

On the thought process behind the song and its music video, Promis3 states: “We wanted to convey the dark as well as the euphoric nature of the feelings you could go through while using substances. It was important to us that the track gave people a feeling of togetherness and being connected, no matter how deep you fall there’s always someone to land on. We imagined being on a festival going through a trip and what kind of song would made us feel understood and could possibly help to ease the daze.”

The music video’s choppy nature shows the singer coming in and out of states of being alone, then having someone to embrace. By showing the kind of erratic nature our brain goes through during times of loneliness, Promis3 manage to visually tell the story of their lyrics in an avant-garde, artistic manner. This track aims to open people’s eyes while offering a shoulder to cry on for those who feel isolated and alone.

Sonically the artists draw on retro Trance and Happy Hardcore influences to create a futuristic pop sound, whilst holding onto aspects of nostalgia. It’s within this ode to the past that has allowed them to develop their own sound, being huge fans of 90s rave, the electronic sounds of the 2000’s, as well  as the soundtracks of science fiction movies, taking pieces from each, the final outcome is exciting stuff. With both members, Andras and Brent, putting their unique sound down to their special chemistry, in which ultimate trust has led them to explore unknown territory where the possibilities are endless.

Self-releasing through Simulated Paradise, the duo set up the imprint as their own creative agency and as a platform to release music and to collaborate with other artists, with a focus on not just their own but also artwork, concepts, remixes and further creative opportunities for other artists. Ever embracing modern day art, the duo are releasing a ‘Future Funeral’ Instagram Filter together with the release, where you to can be transported into their world. ‘Future Funeral VIP’ shows Promise3 to be a unique entity, not only interested in sounding forward thinking, but pushing for positive change as well. Without doubt, the future of Promis3 looks to be very special.