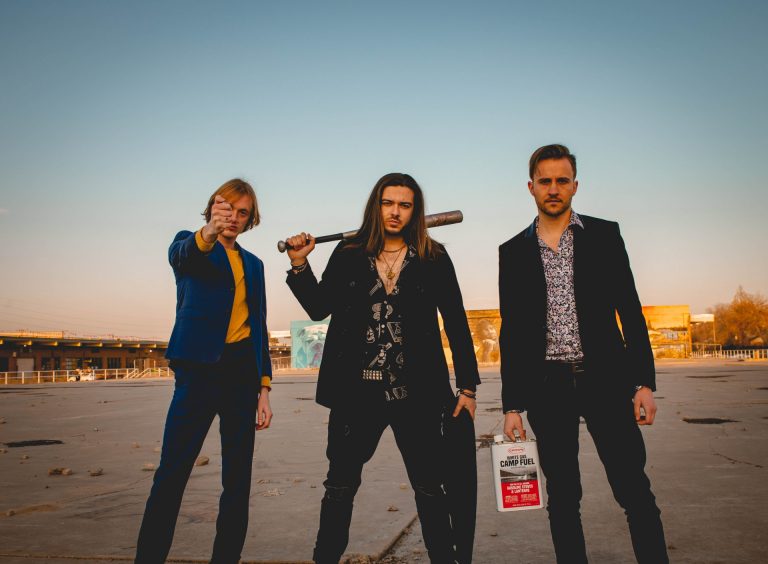 VYNYL | ‘The World is on Fire and I’m Lonely’

‘The World is on Fire and I’m Lonely‘ is the much-anticipated EP from Colorado-based alt-pop four-piece, VYNYL.

Raw and uncompromising yet soulful and melodic, ‘The World is on Fire and I’m Lonely’ is a glorious juxtaposition that offers a sonic shot to the arm while swaddling you in nostalgia. Every one of the EP’s five guitar-ladden touches on life’s many peaks and troughs—a tapestry of overcoming the odds—an ode to the underdog.

Carving unique lines between indie-pop and alt-rock, the EP is a reflection of the band’s arduous road to creative redemption—a potent release of pent up energy that comes in waves of punchy pop harmony, airy sonic experimentation, and hard-hitting rock crescendo.

Here’s what VYNYL have to say about ‘The World is on Fire and I’m Lonely’:

“There was a point over this past year where we weren’t even sure if we’d be able to keep this going. Between the pandemic and stresses on our personal lives, everything seemed to come to a head all at the same time. We tried bottling it up, but that didn’t last long. The flood gates eventually opened and what poured out was this EP. We pushed ourselves creatively and sonically, to make the most honest music of our career thus far.”

VYNYL is a band driven by an uncompromising desire to make art with intensity and meaning. Experiencing periods of deep struggle in their personal lives, founding members John Tyler and Andrew Cole founded VYNYL in 2015 to escape their circumstances.

After venturing from North Carolina to Denver Colorado—sharing stage with the likes of Blink 182 and Lil Jon along the way—the duo met Hunter Heurich and Logan Hilleman, joining forces to build on their authentic, chameleonic sound.

The band’s first EP, ‘ ‘Pink‘ turned heads, earning VYNYL droves of new fans and critical acclaim. Winning Denver’s KTCL Channel 93.3 ‘Hometown for the Holidays’, selling out local headlining shows, and touring with the Juno Award-winning group, Neon Dreams propelled the band’s popularity to new heights—a momentum that was stopped in its tracks by the pandemic. But, as a four-piece familiar with hardship, VYNYL worked tirelessly in isolation to create something that is cathartic, urgent, and unmistakable in equal measures.

From the melancholic psyched-up sounds of ‘sex/drugs/therapy’ to the anthemic distorian-laced hook that drive ‘heart/break’ and ‘easy+target’s’ haunting synth-driven hooks and pounding rhythm section, ‘The World is On Fire and I’m Alone’ is an EP of the times. Told through the eyes of a band that has been around the block and survived, this EP is powered with an authenticity that you seldom see in today’s alt-pop realm.

As the world opens up and a sense of optimism fills the air once again, this album will keep you grounded while inspiring you to get out there and experience life again. It’s a triumph—and it’s for everyone.