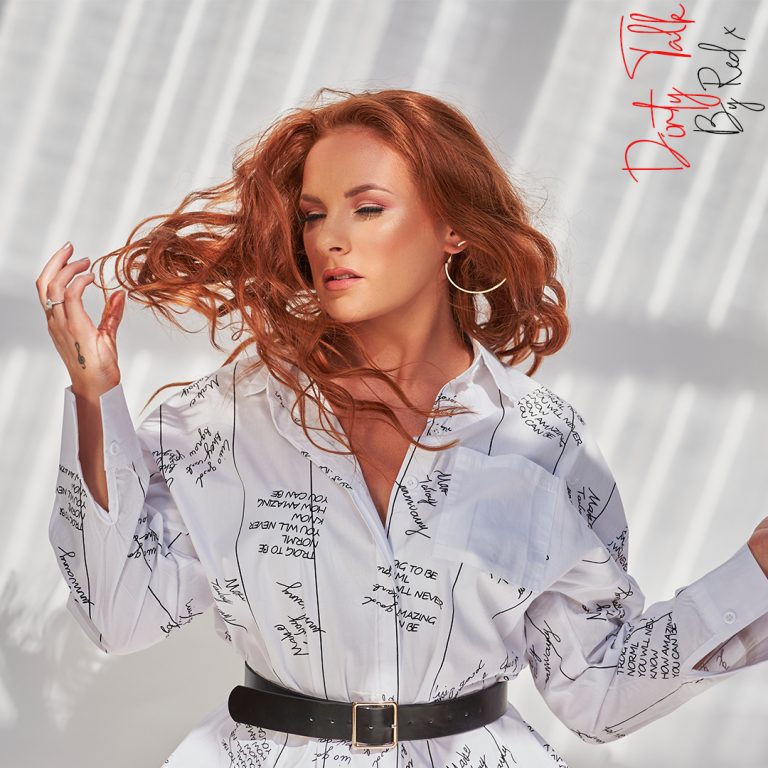 Is your seatbelt fastened? Get ready for a sexy adventure with ‘Dirty Talk’ a new single by the Scottish singer/songwriter Red. The fast-rising R&B pop artist delivers a seductive daring tune showcasing her exceptional vocal ability that makes Red one of the most exciting innovators this year.

‘Dirty Talk’ is not your ordinary sexy track. Yes, it does get you, her and him, into the mood, but takes you on an adventure. It’s a compelling pop number with effervescent melodies that perfectly compliment Red’s effortless high pitch vocals and harmonies that were similarly seen in Ariana Grande’s work.The conversational style lyrics hook you in, and you can’t escape.

Red discovered her love and passion for music when she performed in front of a fireplace from an early age. Her influences can be traced way back, as she grew up listening to the legends like Whitney Houston, Michael Jackson, and Christina Aguilera. While blasting their music on speakers, Red unleashed the big voice that was always inside of her. She put in the work, nurtured her talent, and took care of her voice. Not long after, Red started creating original music.

Her last single, ‘Merry Go Round’ produced by PALMR caught the attention of the big leagues like BBC Introducing and BBC Devon. Red also released covers of ‘7 Rungs’, ‘The City’, and even Silk City’s ‘Electricity’ remixed by Shaun Reynolds. No song cover compares to the quality Red serves with ‘Dirty Talk’.

After listening through Red’s discography, ‘Dirty Talk’ highlights her vocal abilities more than any other song. This pop soon-to-be-smash seasoned with R&B will be a soundtrack to not only one couple getting frisky in the sheets. Besides the demand for light-hearted music that people will want to escape their worlds to, Red comes through with confidence in herself that is sexier than the dirty talk.

Red elaborates on the inspiration behind her new single: “‘Dirty Talk’ is a sexy adventure of love and lust. When there’s a raw attraction between two people, and the body craves an undeniable passion, there’s no better compliment than dirty talk to seal the deal. With tones of R&B and soul, I wanted my vocals to compliment the lush harmonies. The conversational feel of the verses draws the listener into a more personal affair, leading into a grungier, almost “trap” based pre-chorus landing into a euphoric soulful chorus! “Dirty Talk” sets the bar high as far as R&B bops go, prepare yourself for a sexy adventure.”.

What are you waiting for? Press play and imagine your next adventure with that one person you dream about.