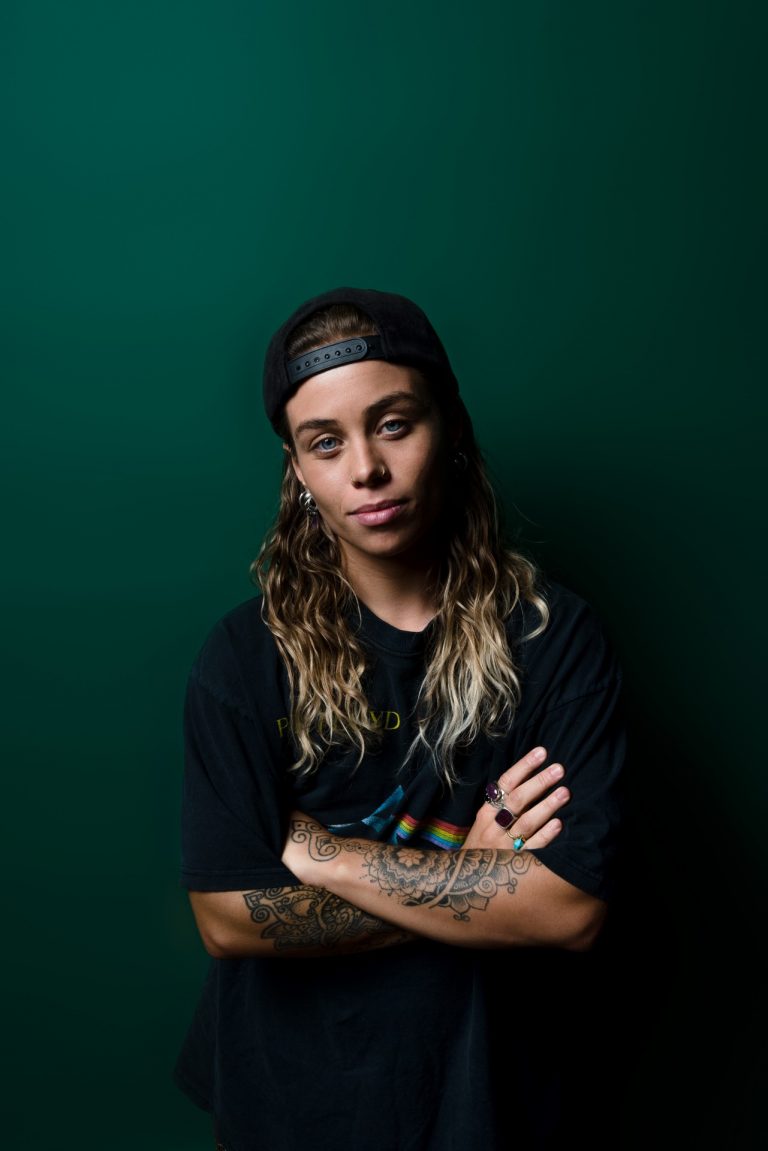 Tash Sultana finds solace with ‘Beyond The Pine’

As I listen to ‘Beyond The Pine,’ a new single by a multi-instrumentalist and a global sensation Tash Sultana, I instantly envision myself on an Australian beach watching the sunset. Acting as the third single out of their highly anticipated album ‘Terra Firma,’ ‘Beyond The Pine’ shows Tash more content than ever. There is no doubt about their vocal abilities as they are a trained vocalist able to reach over a 7 key range, but the track offers a new sense of calmness and understanding.

After talking with Melbourne-based Tash Sultana, I found out it is no coincidence, ‘Beyond The Pine’ gives this impression, as ever since they moved to their dream house, Tash admits they’ve never felt this understanding version of themselves. Tash explains: “It’s a little bit of a slower, softer approach to a message from within, ‘Beyond The Pine’ is about finding solace in nature and realizing the depth of your relationship when you find your one.”

Hard to comprehend, but even though Tash released their debut album ‘Flow State’ only two years ago, they already have over 1 billion total worldwide streams, 500,000 tickets sold globally. Their live solo shows are like performances never seen before. They got their first taste of performing on Youtube from their bedroom. “There isn’t anyone who inspired this. I think it’s just become a generational approach to getting yourself and music out there”, Tash explains.

Before selling out shows at Red Rocks Amphitheater, and performing stand out sets at Coachella, Lollapalooza, Governer’s Ball, Bonnaroo, you could have seen Tash on the street busking, doing everything they can to avoid the norm. “I started busking long after I was playing open mic nights around the country. I got into busking when I finished school and flat refused to conform to a normal 9-5 job. I had every means to make music work, no matter what it took”, and it paid off as they became a performer people travel across the world to see.

“When people started showing up to shows is when everything changed. For a long time, it was just me performing to a sound guy in an empty venue” we can all agree that was one hell of a lucky sound guy to have a Tash Sultana performance to himself. Pre pandemic, Tash was used to being on the road giving their 110% to their dedicated fans. As a solo artist and a brain of the operation, there’s always ups and downs. “I am quite a solitude person, but there is a point where it can become loneliness to a degree. But I have whatever freedom to control the show in whatever ways I want because my mind is the only thing making the move”, they explain, while admitting ‘Blackbird’ is their favorite track to perform as they can finally sit down after running around for two hours.

This year, Tash, as everyone else, prepared for a whole lot different year. In anticipation of their second album ‘Terra Firma’, Tash blessed us with several releases. Giving us a sneak peek into what’s to come, Tash talks about how everything is linked: “There are five singles to be released in the run-up to the album dropping. They all signify, and element or mineral. ‘Pretty Lady’ signifies water, and the key to the portals unlocking in singles to follow. Everything links together and ties into the album cover”.

Speaking of ‘Pretty Lady’, the first taste of the new Tash Sultana era, they revealed this track was in the works for six years.  A fellow co-producer and singer/songwriter Matt Corby put the pieces together: “At the time, I wasn’t playing a lot of drums and wasn’t entirely happy with where I kept getting too in the percussive element of the song. He really opened that up for me”, they credit Corby, with whom they’re featured on their song ‘Talk It Out.’

As much pain and suffering we’ve seen this year; the world was forced to stop and breathe. The same goes for Tash Sultana, who doesn’t hide their burnout and a need to slow down. “There would be no album if it wasn’t for a forced break,” they reveal.

On top of releasing new music, Tash announces they put together a new band, “I am and always will be a solo artist. They are just joining me to help out in the songs that were not written for looping”, they step in. As soon as circumstances allow, people are in for a treat for a whole new Tash Sultana live show.

A second portion of the ‘Terra Firma’ cake is ‘Greed’: “This song is about how people change around you when you achieve some sort of success. People you’ve never had anything to do with try and climb into your life somehow, people you’ve known for ages suddenly go silent. People who never paid you for a gig suddenly want to book you. That person from high school that gave you shit for playing the guitar suddenly wants on the guest list. It’s a funny little thing all of this and what it does to people.”

“The themes are always my stories of present and past,” Tash says, promising all single artworks will make sense once the full body of work is out. With every new track, I am more confident I’ve never heard Tash so content and at peace. They elaborate on why this may be: “When I bought my dream house, the previous owner described the land as TERRA FIRMA. The name stuck with me, and I have become my most content and understanding version of myself ever since living here. My life makes sense, and I had to name the album after this journey,” seems like a perfect full-circle moment for Tash Sultana.