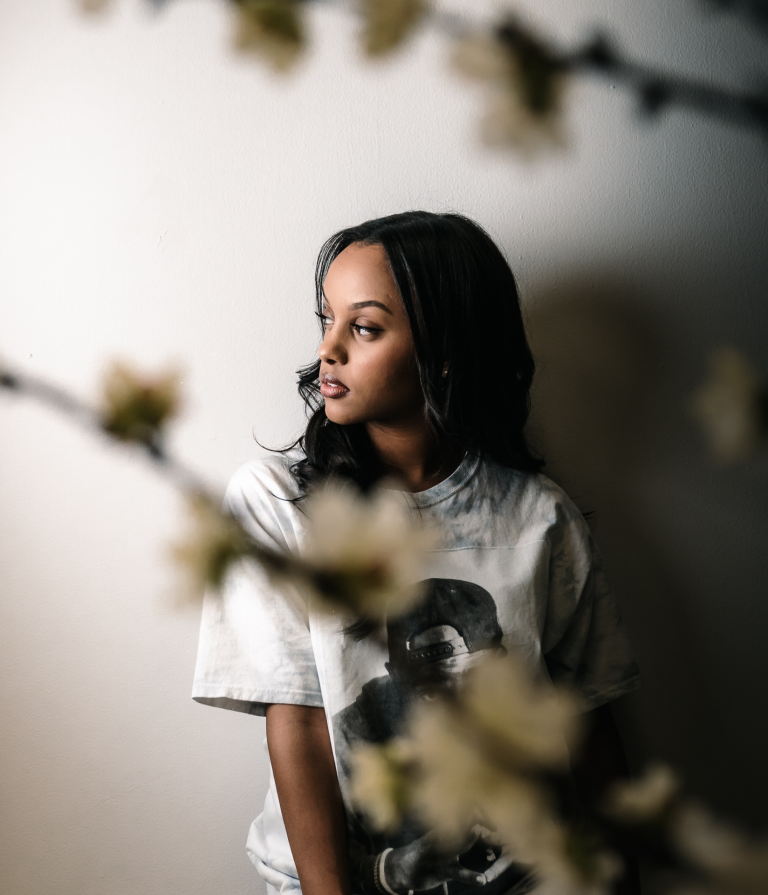 Ruth B. Returns With New Album ‘Moments In Between’

As a follow-up to a Peter Pan-inspired piano ballad ‘Lost Boy’ out of gold-certified album ‘Safe Haven,’ multi-platinum singer/songwriter Ruth B. shares a new project ‘Moments In Between.’

The 25-year-old Ethiopian-Canadian songstress ‘finds the little moments that make for the best songs.’ With ‘Moments In Between,’ Ruth B. proves her ability to change from woozy R&B, pop beats to guitar-driven tracks.

Because of the global pause on life, Ruth B. went back to where she started, writing songs in her room and carries a theme of gratitude and appreciation throughout the whole project.

After the year we’ve all had, ‘Moments In Between’ puts things into perspective with its overall message of “appreciating all the little moments in life that we often overlook and take for granted”.

Ruth B. also announced her upcoming bespoke Global Digital Tour, in partnership with Moment House and sponsored by Music.com. Get your tickets here.

How are you feeling just after the release of ‘Moments In Between’?

Feeling so good! It felt really wonderful to finally put this body of work out after working on it for so long. Seeing people react to it has been amazing.

Do you remember when you started writing songs and what they were about?

I started writing a few years ago and it became very therapeutic for me. The ability to put my feelings and experiences into songs was very helpful for me.

Who inspired you musically when you were growing up?

My mom was always very musical and she was always singing around the house – I think that definitely played a role in developing my love for music.

How did you get started as a singer/songwriter?

I had always loved singing and music – I started writing when I discovered this app called Vine. I started singing  on there and little by little, people started discovering me.

Could you recall a situation from your life when writing a song about it really helped you?

I try to write about every and any experience. I always say that no moment is too small or insignificant. I find that it’s the little moments that make for the best songs.

What did you want to express with your 2017 project ‘Safe Haven’?

Those were a lot of the first songs I had ever written so I just wanted to give people an honest representation of who I was as a writer.

What was ‘Lost Boy’ inspired by?

The inspiration started from a TV show called Once Upon on a Time, but it turned into a song about being lost and needing a friend.

How do you think you’ve grown since ‘Safe Haven’ until your new album ?

I think considering Safe Haven was the first batch of songs I had written – I would hope I’ve grown a lot as a writer. I also was able to collaborate with other incredible writers which was such a learning experience.

How was your lockdown experience? What was your escape?

Writing this album was what made lockdown so monumental for me. I got to finish most of the album in lockdown which at first was stressful but eventually it became so amazing to write music the way I initially started. In my own room.

What is the backstory of ‘Die Fast’?

Die Fast is just about trying to let go of a relationship that you know is wrong for you and all the little things that make you want to hold on.

What were you trying to encapsulate with your new album ‘Moments In Between’?

I think the overall message is just appreciating all the little moments in life that we often overlook and take for granted.

Could you elaborate on your involvement with the Minecraft and Ad Council’s ‘She Can STEM Campaign’?

I was so happy to be part of that incredible campaign. I loved the message of STEM and the encouragement of young girls to grow by learning about Science, Technology, Engineering and Math, and by being involved with STEM enables one to be unafraid to chase their goals.