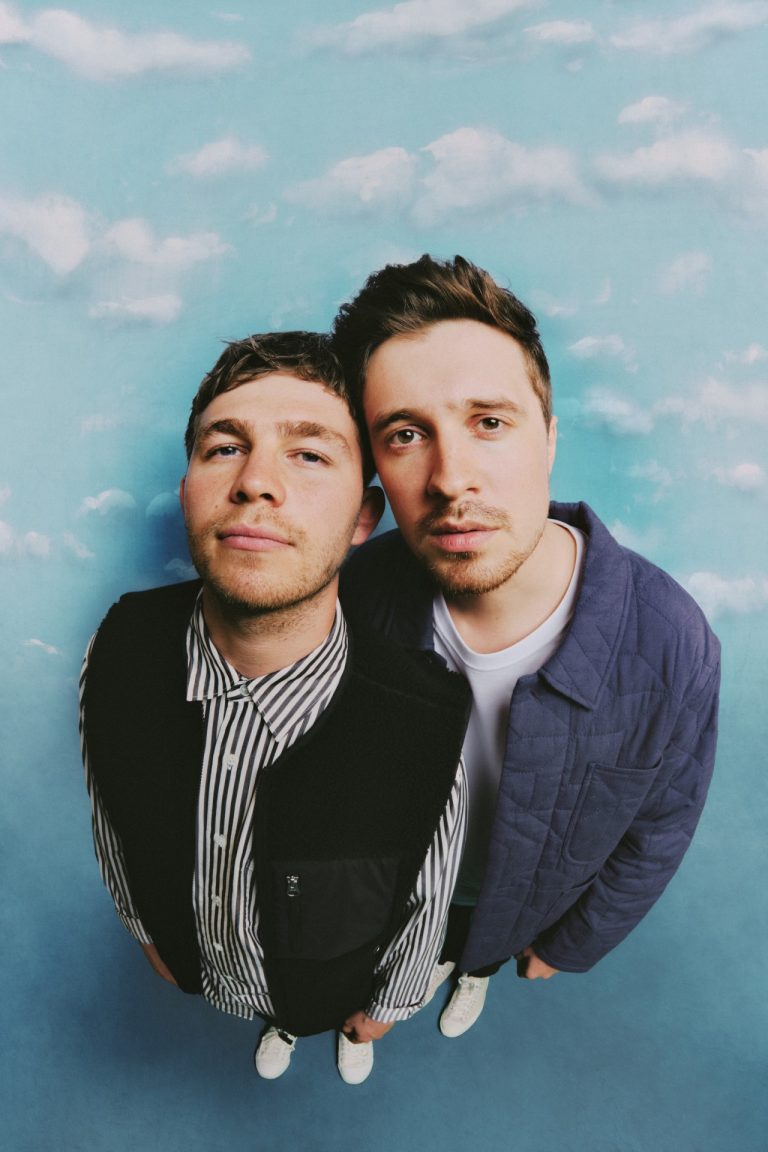 To LA & Back With Aquilo

Aquilo are renowned for producing “sad boi anthems” for the brokenhearted, lullabies for our 2AM Spotify playlists when insomnia kickstarts. It’s a sound perfected by duo Tom Higham and Ben Fletcher over the span of almost a decade and one that’s earned them coveted placements on almost every music platform going – basically, if you’ve used the internet at any point in the last 7 years, you’ve probably stumbled upon an Aquilo track.

But times are changing for the duo. Whilst their last two records – the sublime ‘Silhouettes’ and soothing sophomore ‘ii’ – saw Aquilo summit with accolades spanning over 250 million total streams, there came a point where it almost all came crashing down on the pair.

One trip to LA with label orders to return having written a “hit” sent Tom and Ben into a spiral, returning back to the UK with no album, definitely no hit, and on the verge of wrapping up Aquilo once and for all.

Fortunately this never came to fruition. Instead, Aquilo ditched the label, took the indie route  and ended up writing a killer anthem about their awful time in California, appropriately titled ‘Out in LA’.

To talk us through their disappointing journey to the West Coast, Aquilo sat down and enlightened us on how their LA nightmare sporadically turned into something magical.

Hello boys! Are we enjoying this heatwave? I hope you’re both wearing SPF.

Haha yes, hi! Loving it. We’re more the type to just burn and complain the next day!

How are we both feeling now that ‘Out in LA’ is finally out there?

Relieved, it’s been a super long time coming for us. Feels like it’s been out for years when really it’s only been a couple of weeks.

The track is more upbeat than your usual creations. Have Aquilo gone happy?!

Yeah it is. It was just what we were feeling at the time. Not necessarily. There are few ‘moments’ to come for sure.

Reading back at previous interviews you both mentioned that no great music came from you living in Manchester, and that you thrived in either London or LA, which makes the backstory of ‘Out in LA’ surprising – why’d you think nothing great came out of this trip?

All the other times we had been to LA, we’d worked with other sick artists and songwriters who got us and were into our music. This time we were sent by the head of the label to literally write a “hit” lol. The pressure was pretty mega and the people he’d put us in with definitely didn’t get what we were about.

It’s interesting that you started writing this album as a “side project” that only turned into an Aquilo record due to the friends around you – what was the reasoning behind wanting to push Aquilo to the side?

We felt SO deflated from that trip to LA that we came back feeling like we weren’t capable of making music. The fact we hadn’t come back with anything was just so unlike us and we felt we needed a change.

Was it possible you felt like Aquilo restricted what you could make sonically?

This new album that’s coming in October – what do you think your listeners will find most surprising about this record?

It feels pretty spontaneous to us. We’re not just giving one mood and it kind of feels more mature.

How did yourselves find writing the third record? The process must’ve felt quite different if at the time you weren’t even writing for Aquilo.

It felt mostly good, every now and then we’d have our wobblers trying to work out what we wanted it to be . But then we’d resort back to “who cares?” let’s just put good songs on it.

One notable difference between the last two albums and this one is that you’re newly independent artists – did this change give you the freedom you felt you needed?

Yeah, the psychological part of knowing that really does make you feel a little more free than before.

Your previous single ‘Moving On’ began the journey of experimentation within your music – which artists’ music have influenced Aquilo’s new sound?

The rest of the year is bound to be an exciting one for the both of you – which part are you most looking forward to?

To be honest we’re mostly just looking forward to getting the music out there. That’s all we really want to do, release music and hopefully this time round we won’t have breaks, we’ll just keep releasing when it feels right.

Bit cliche but having been starved of gigs, touring is going to be SO much fun.

Stream ‘Out in LA’ on Spotify