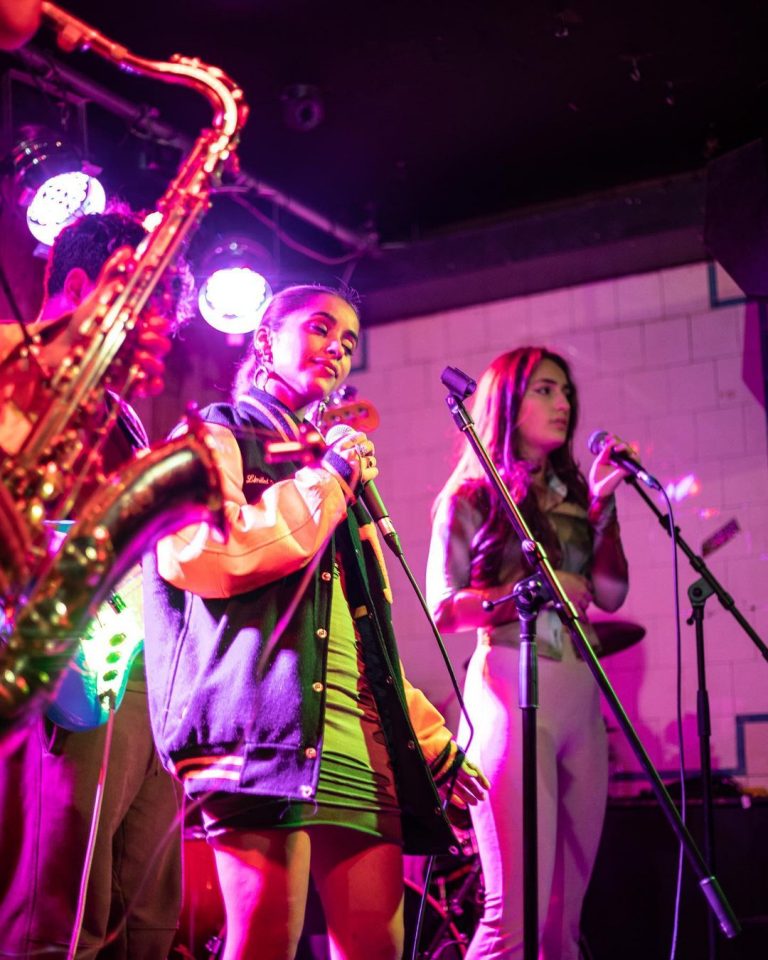 Last month, Polarface Music invited us to The Waiting Room in East London for an intimate performance by vocalists Safiyyah, BINA, and Danny Sanchez. Judging from our last visit to a Polarface Music hosted event with soulful songstresses DEJA, BINA and Shamiya Battles, this new show was going to raise the bar for new talent once again – no wonder it was sold-out!

Shortly after arriving at The Waiting Room, we were greeted by a DJ set by London based DJ 2atefour, who warmed up the crowd with a selection of new music, reworked old school tracks and SoundCloud classics, setting the tone of the evening.

First in the line-up of performers was BINA, this was our second time seeing this woman of many talents live, and we knew we were in for a treat. A gathering of dedicated fans really showed out for her performance, singing along with her tracks word for word, in particular, a beautifully jazz infused track called ‘Dark Cloud’ released last year. BINA also sang her heart out to her signature rendition of neo-soul royalty Erykah Badu’s ‘Other Side of The Game’, a rendition which while was uncanny to the original, was delightful to hear with BINA’s vocal range.

Taken from her 2021 EP ‘This Is Not a Film’, BINA also performed the meaningful ‘Just a Sec’, a track which discusses topics like communication and challenging relationships. Repeating pertinent lyrics ‘Running away ain’t helping’, showed their relatbility, and just how authentic BINA’s gift for storytelling is. Lastly, the South London singer gave fans a preview of her upcoming song ‘DND’, a single that we can’t wait to be released, showcasing her unique voice and ability to glide over a track.

Up next was Danny Sanchez, also repping for South London, who genuinely blew us away with his versatility as an artist. The multi-faceted and bilingual artist not only rapped in English, but he also paid homage to his roots as he rapped and sang in Spanish. Sanchez performed his tracks ‘Go Back’, ‘Think Twice’ and an unreleased track titled ‘Sometimes’, a Garage infused bop with similarities to The Streets Garage classic ‘Has It Come to This’. ‘Sometimes’ most definitely got the crowd moving, being hyped up and replayed multiple times by the DJ.

What made this night so refreshing was West London’s very own singer/songwriter Safiyyah, who headlined the sold-out show, she could be seen at the very front, singing and supporting her friends Danny and BINA while they were performing. When it was time for Saffiyah to finally grace the stage, she arrived fully prepared with an amazing band which consisted of a pianist, saxophonist, drummer, guitarist, and backing singer.

To open her headline show Safiyyah began with her upbeat track ‘Grow’, as the title suggests, ‘Grow’ is a powerful neo-soul song about letting go, with a jazzy rhythm complimented by Safiyyah’s smooth vocal performance.

Alongside a live band, Safiyyah continued to surprise the audience with the addition of special guests, RADA and KeepVibesNear. First up was RADA, an emerging artist with a sultry sound who performed their collaborative track ‘Free’ which was a clear crowd favourite and had the audience grooving along to every beat. The second special guest to perform with Safiyyah was KeepVibesNear, an alternative R&B artist who describes his music as having ‘melancholic vibes’ – Safiyyah and KeepVibesNear performed an captivating track titled ‘Days Get Better’. To close the show Safiyyah gave fans access to more unreleased music, as she performed another addictive track titled ‘Saturday’.

This year marks the fifth anniversary of the Polarface Music Group, which is a record label founded by Jason Ngimbi that has expanded into a monthly concert series and music management. Polarface Music is also the proud owner of Exo Radio, a boutique radio station that was launched this year. In five short years Polarface Music has managed to achieve so much, expect big things and even bigger surprises at the next event!