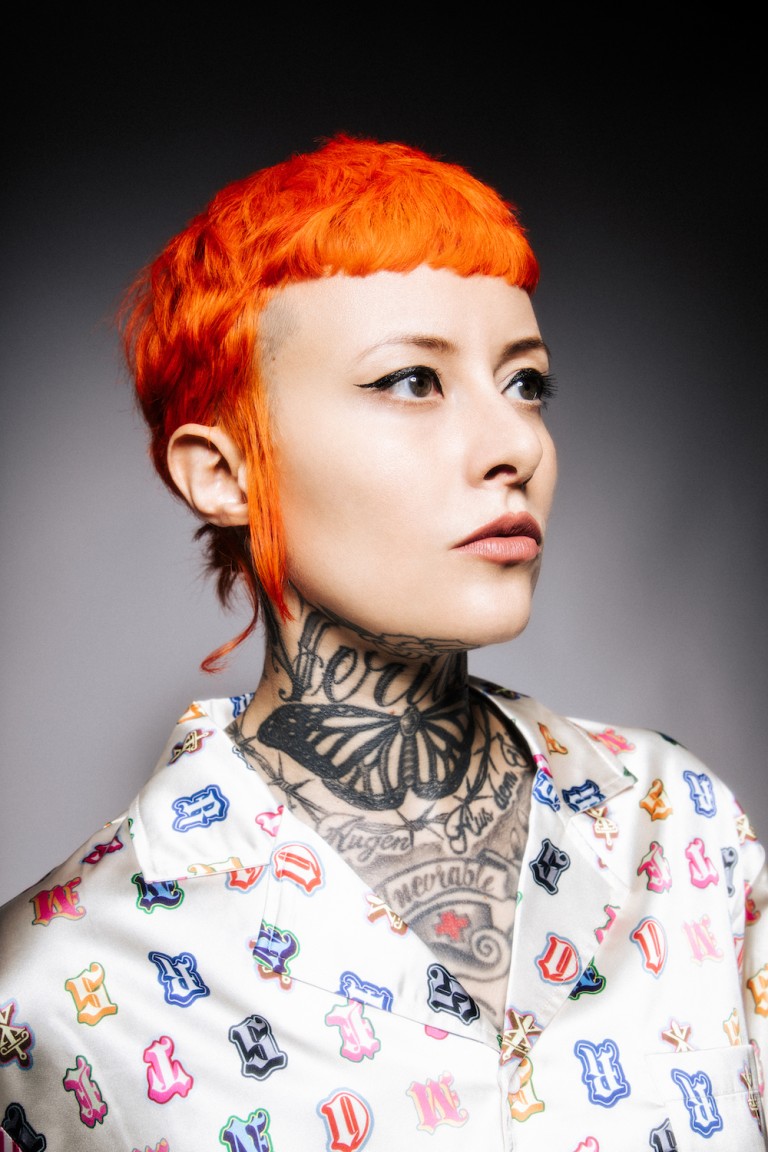 Samantha Togni Releases Visuals for ‘I Wrote Danger on your Face’

Samantha Togni, an internationally-renowned DJ, producer and promoter, who has she played headline sets in super-clubs from Tokyo to Los Angeles. The last few years in particular have seen the rising star land coveted support slots for the likes of Paula Temple and Slam. Togni has also shared stages with everyone from Ancient Methods, Magda, Miss Kittin, Lady Starlight, always experimenting with and adapting her sound to electrify any audience.

Her previous tracks quickly racked up support from Adidas Originals, which playlisted one of her song in
its stores, as well as press outlets including Dazed Korea, Mixag and Red Bull. Wonderland and Soundcloud described Togni as “the DJ to watch”.

Togni is the founder of Boudica London based label, monthly radio show on Threads, Boudica Music Conference at Freemasons’ Hall and party at The Pickle Factory and a platform for women, trans+ and non-
binary folks.

She is “also a core member of GEGEN, a London-based club collective renowned for fusing club culture, performance art and techno. This unconventional approach to nightlife and identity has bled into its various inimitable events, which have attracted press coverage from the likes of Mixmag and Trax Mag.

Togni has recently been focusing her energy into her production with scheduled releases on Pls.UK, Lobster Theremin and RAW. Togni will also launch Boudica as a VA this Spring/Summer, starting with 2 compilations featuring artists such as Nur Jaber, Yazzus, Minimal Violence and Wanton Witch.

BDB features Queer rapper Karnage (Sony), Samantha wanted to re-explore her Bass roots and work on
a meaningful collaboration with an artist form the London community. Working Class Tango and Sleeping With Ghosts are dancefloor weapons already been tested during European DJ sets and Personal Mayhem are an ode to the UK sound, so precious to Samantha’s musical journey.