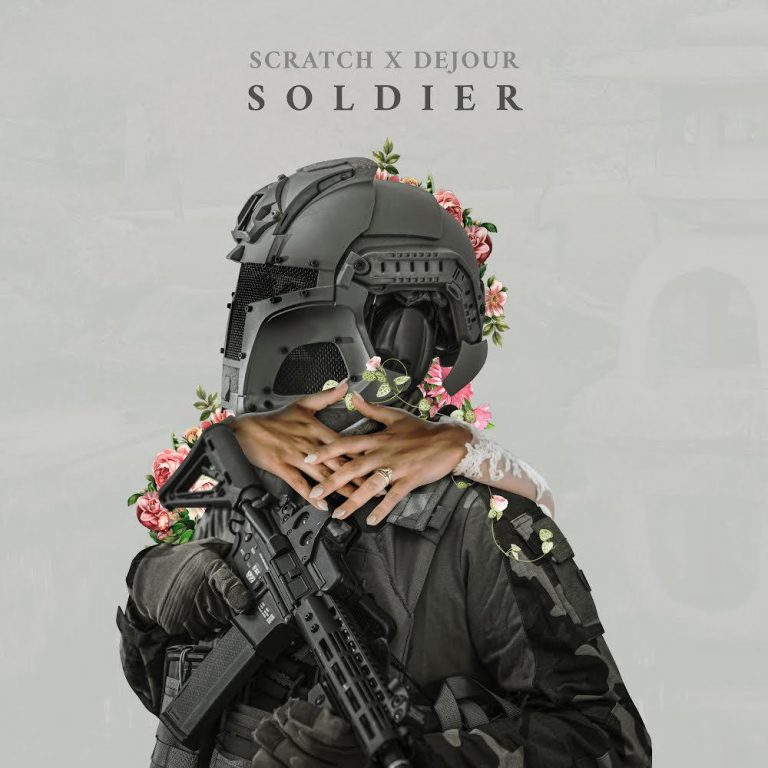 Young love is taking over London as the soulful symphonies of Scratch fuse with the devilish tones of Dejour on their new track ‘Solider’. Radiating the blissful ignorance of the early days of a new romance, ‘Soilder’ is exactly what the doctor ordered to warm those wistful winter nights.

The track opens with honey tones of an 80’s inspired guitar progression that serves as the perfect precursor to the tropical escape about to unfold. Of course, the cosy ambience of waves lapping on the shore and the sounds of a single draw on a lonesome joint could only be crafted by a Dancehall aficionado like E Double. His signature blend of sugar-sweet high-hats and a balmy bassline that brings the bounce is the perfect accompaniment to the flows on show from Scratch & Dejour.

After storming to the front of the public consciousness alongside AdeSTP and ZieZie on ‘Hello’, Scratch continues to craft one rejuvenating riddim after another. His strongest asset has always been his innate ability to infuse his bubbly character into his tracks, a skill that usually takes ages for MC’s to master yet like many aspects of his artistry Scratch is beyond his years. Since the release of ‘Hello’ in 2017,  tracks like ‘Plenty Lovin’ and ‘You Said’ have continued to add to the long legacy of his feel-good and expertly executed repertoire.

As can always be expected with a Scratch track, the hymn-like harmonies of ‘Soldier’ has been given a stellar visual treatment. Never one to push too hard to create an unnatural aesthetic, Scratch matches the humble harmonic on offer with a down to earth and equally romantic video. When asked about the initial inspiration behind ‘Soldier’, Scratch responded: “Soldier was made for the young lovers, giving the fans a smooth and melodic dancehall feeling.” This objective has undoubtedly been achieved and we can’t wait to see where the sounds of this sincere crooner take us to next. Don’t miss out on the next chapter of Scratch’s evolution and check out the video for ‘Soldier’ above!