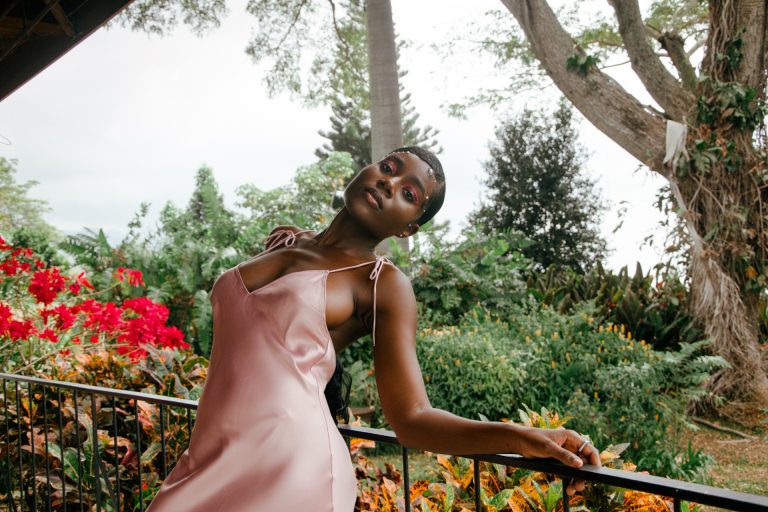 “I’m based in Kingston Jamaica, and I woke up slowly today, tried to get as much rest as possible because it’s about to get really hectic”, says Anna-Sharé Blake, also known as Sevana, as we begin our interview in celebration of the release of her new EP ‘Be Somebody.’

Taking inspiration from a coastal town Savannah-La-Mar, where she grew up, Sevana keeps her cards close to her chest, as she wants people to make up their minds when it comes to her music. But she describes herself as ‘bold, thoughtful and resilient.’ Sevana found her sound ‘through writing and sing over and over again,’

As a new Jamaican IT Girl, Sevana talks about how music was a source of an escape for her at an early age: “Upbringing was pretty high impact, and through-out music has been a big part of my life, I couldn’t give a specific age. I remember my mother was a collector of cassettes, so there was always music playing. It became a way for me to soothe myself and to escape my reality really early on”.

Before we delve into Sevana’s solo career, fun fact, she got her first musical break in 2008 as part of the girl group SLR. They managed to place third on Jamaica’s equivalent of American Idol, ‘Digital Rising Stars.’ Six years later, Sevana entered international waters with her feature on ‘Sudden Flight’ from Protoje’s album ‘Ancient Future.’ Not long after, Sevana got signed to Protoje’s label and management company In.Digg.Nation Collective. Since then, she released self-titled EP ‘Sevana.’

“‘Be Somebody’ is me”, expressed Sevana when asked about her newest project. “It’s about being all of who I am as a dark-skinned black woman in the face of trials, social injustice, fear, and every obstacle.” The six-track body of work includes ‘If You Knew,’ the title track with an accompanying video directed by Yoram Savion. The video captures some beautiful shots from Dakar, Senegal, so we asked Sevana to share some insights about filming it.

“‘If You Only Knew’ is a love letter to my people. At one point, Yoram Savion was hanging out the window of a taxi we rented on a highway in Dakar, Senegal, to get steady shots of me on the back that motorcycle. You see me on in the video while dodging traffic and trying to hear the music so my lips would be in-sync with the lyrics. That was exciting, lol, and an adrenaline rush”, she reveals.

For the ‘Be Somebody’ artwork, you can see Sevana sitting center of the image. Posing in baby-pink lingerie, she is looking down, hugging her arms, repping a ridiculously long ponytail held by a mystery person. The background toys with shades of pink and purple to create a dreamy heaven-like sky. She elaborates: “I worked with my brother Davin Blake of Three Designs to make the top and Yoram Savion, photographer, and designer. I get involved because I have very clear ideas of how I want to be represented visually, and I have the opportunity to control that. My Autonomy is very important to me”.

Amid everything that is happening in the world today, we ask artists for a specific organization that would like to shout out, Sevana chose ‘Know Your Rights Camp’: “Even though I am Jamaican living in Jamaica a BLM Organization I’ve supported is the Know Your Rights Camp, Colin Kaepernick’s organization. There’s evidence to support his integrity and commitment to the movement”.