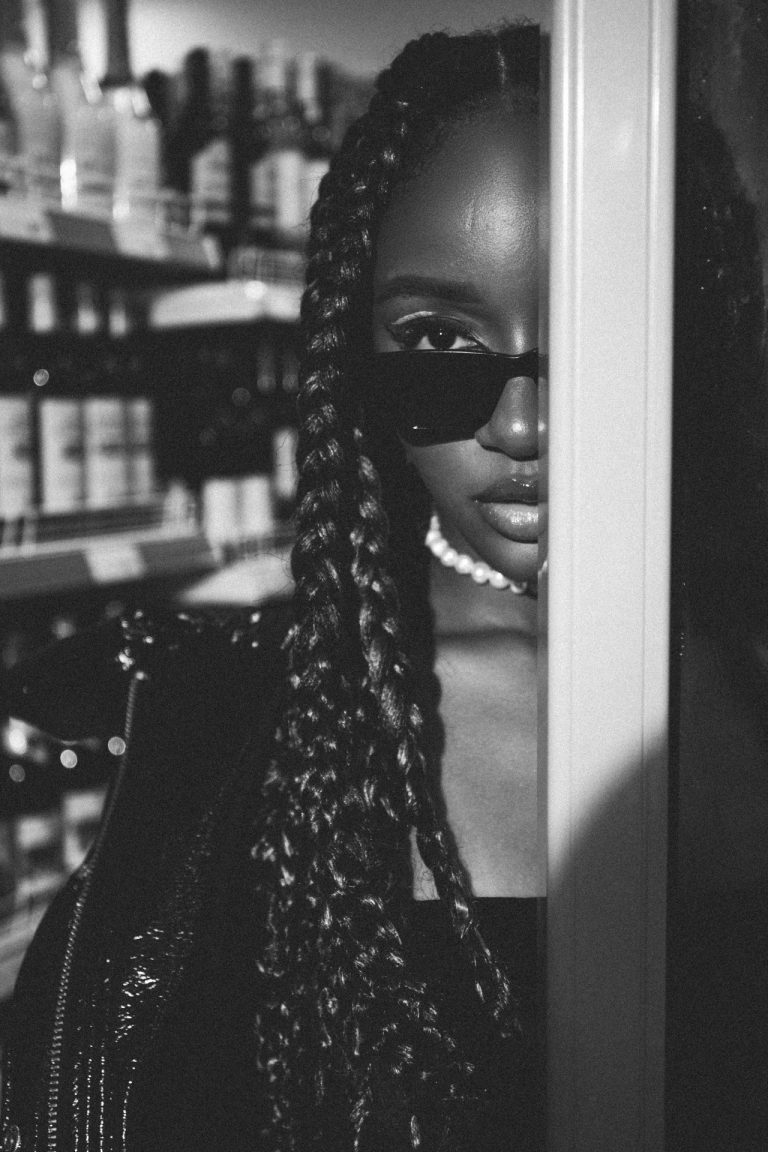 “I’m feeling vibes on vibes; I’m a ticking dynamite; I’ll blow your candlelight. You know I’m just that type”, announces the 19-year-old songbird, Ayra Starr, on her new single ‘Bloody Samaritan.’ Despite all twists and turns, Starr shines unapologetically on her new project ‘19 & Dangerous‘. With all hurdles life’s thrown at her, Starr turns pain into therapeutic liberation. Ayra standing for ‘eye-opening, respectful, and woke,’ the songstress radiates nothing but stardom.

Once drowning in the words of her bullies, Ayra Starr’s grown into a confident artist that is aware of her abilities and aims to write music that south souls and empowers others. With the constant support of her family, she overcame her fear of writing and unleashed the light that shines so bright within her.

Based in Lagos, Ayra Starr recollects favourite childhood memories when she and her siblings wrote music around keywords as a game. Later on, she’s discovered a ride-or-die writing partner in her brother. While at university, she would use music as an escape while not denying the perfectionist at heart and balanced both music and school work.

What was your favorite musical memory growing up?

It had to be when my mom and aunt would give my siblings and I key words to write music around. Then in a few days we would have to perform the song we wrote, and it had to be good because there were prizes up for grabs to encourage us. Looking back at those moments, I would say they molded me into the person and artiste that I am now.

How was it collaborating with your brother? What did you use to write about

Writing with my brother has always been fun. We used to write about anything and everything, which I will say has helped to improve our writing skills. Knowing that I have him when I’m stuck with words or having writer’s block makes me feel good. Knowing that no matter how crazy my ideas are he’ll always get me. It’s very cool and a creative relationship I know I’m privileged to have.

How did you balance writing songs and going to university?

I wouldn’t say it was the easiest thing to do but I loved music and equally wanted to excel at school being the perfectionist that I am. One thing I’ll say that really helped me was the fact that I made making music my escape. So, if I was stressed about schoolwork, I would put whatever I was feeling in my music. If I was being bullied, I would put it in my music. Whatever I was going through music was my safe place, I made it my therapy.

Who/what inspired you to keep writing and creating when you were too scared to share your music?

My family! My mom would call me when I was in school to encourage me to keep writing music because she believed in me. My brother would make me write music even when I did not feel like it. Meanwhile my other siblings would constantly encourage and help in any way they could. The love, warmth and support from my family kept me going.

Did you use music as an emotional outlet when going through a dark time?

For sure! At 10 years old when I was being bullied in school, I wrote a song about not giving my bullies power over me. When I got older and was feeling depressed, music was my remedy. When I was mourning the loss of my dad, music was my escape.That’s what I want people to feel and take away when they listen to me sing, I want my songs to soothe souls and I want it to heal people.

What advice would you give to other teenagers getting bullied?

It might take time to build the confidence you need but don’t be scared to talk to someone and don’t be scared to stand up for yourself. Don’t give your bully power over you. You are enough! Always keep that in mind and carry that consciousness around with you.

What was the one song that always lifted you up and gave you confidence to face your bullies?

‘Ayra’ is an Arabic name that means eye opening, respectable and woke – that’s what I stand for. ‘Starr’ because I’m a star who shines unapologetically as you know *winks*. I added an extra “r” to the word star to make it as unique as I am so…AYRA STARR.

What do you want your music to represent?

What is the backstory of ‘Away’?

I wrote ‘Away’ on the go but at the time I wrote it the song it felt incomplete to me. Even though I had the melody figured out and knew how I wanted it to sound. I sent it to my brother who added the opening lines which made the song perfect. Months later I was able to get into the studio with Louddaaa, the first producer I ever worked with, and together we made the song.I knew the song was a hit when my mom called me back crying after I sent the song to her to get her thoughts on it.

What themes did you touch upon on the upcoming album ‘19 & Dangerous’?

What was the energy like in the studio when you wrote ‘Bloody Samaritan’?

It was what I’d like to call “big energy” because I had that beat for a while. I literally begged the producer to hold on to it while I worked on a song that I felt would be suitable for the beat.When I came back with what I knew the song was going to be, I went in hard on it like “Yo! I’m ready for this. Let’s get this and let’s put all this energy in this song”.

Living life! Making music, discovering myself more and doing the things that I love.