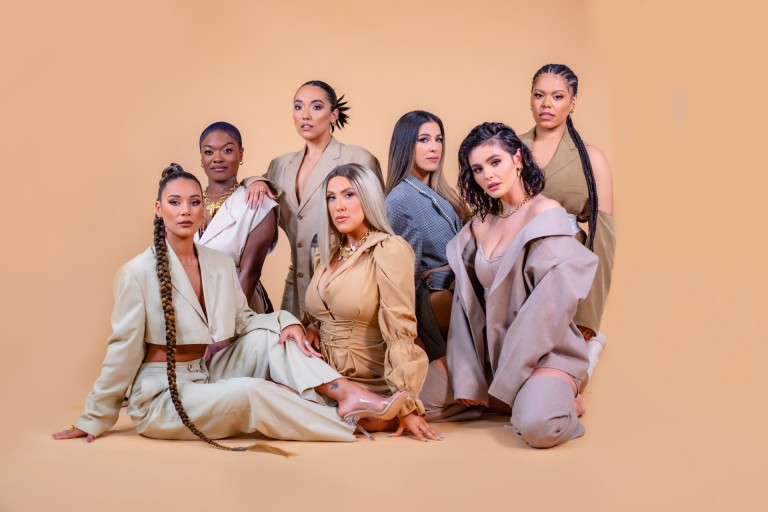 With their debut featured in Noctis Magazine XXI, SVN are a brand new girl group formed of the original cast of the award-winning global phenomenon SIX The Musical. Today, the seven-piece have burst onto the scene and are ready to take the industry by storm with their independently-released, self-penned new single ‘Woman’ – a rousing and unapologetic manifesto for united women everywhere. The single comes ahead of SVN’s debut headline show at London’s O2 Academy Islington on 7th August.

On ‘Woman’, empowering lyrics are woven between sleek, minimalist R&B-inspired sonics, perfectly encapsulating the uplifting ethos that SVN stand for and testifying to each member’s undeniable and award-winning talent. They taking turns to command the microphone before uniting in the choruses to sing “We are who we are, strong, powerful women / We have come so far, yeah, we’re on a mission / Please be who you are, there’s too many people to bring you down / Shout loud / Stand proud / I am a woman”

Celebrating their diversity, from body shape to sexuality, as well as boasting incredible vocals, SVN are undeniably relatable. The former musical cast now turned pop stars, SVN is comprised of Aimie Atkinson, Alexia Mcintosh, Grace Mouat, Jarneia Richard-Noel, Maiya Quansah-Breed, Millie O’Connell and Natalie May Paris. Each member has their own hugely successful individual careers alongside the group, with major roles in Pretty Woman, & Juliet, RENT plus a number of Olivier Award nominations.

Speaking of the newly formed girl group SVN, they said: “Working as a group of seven women means we’re constantly evolving and challenging ourselves which is an amazing experience. I hope we can empower other women around the world to go after what they want, not be afraid of it and to embrace their own individuality. Working together again after Six The Musical is a magical feeling and we can’t wait to make people feel good through music”.