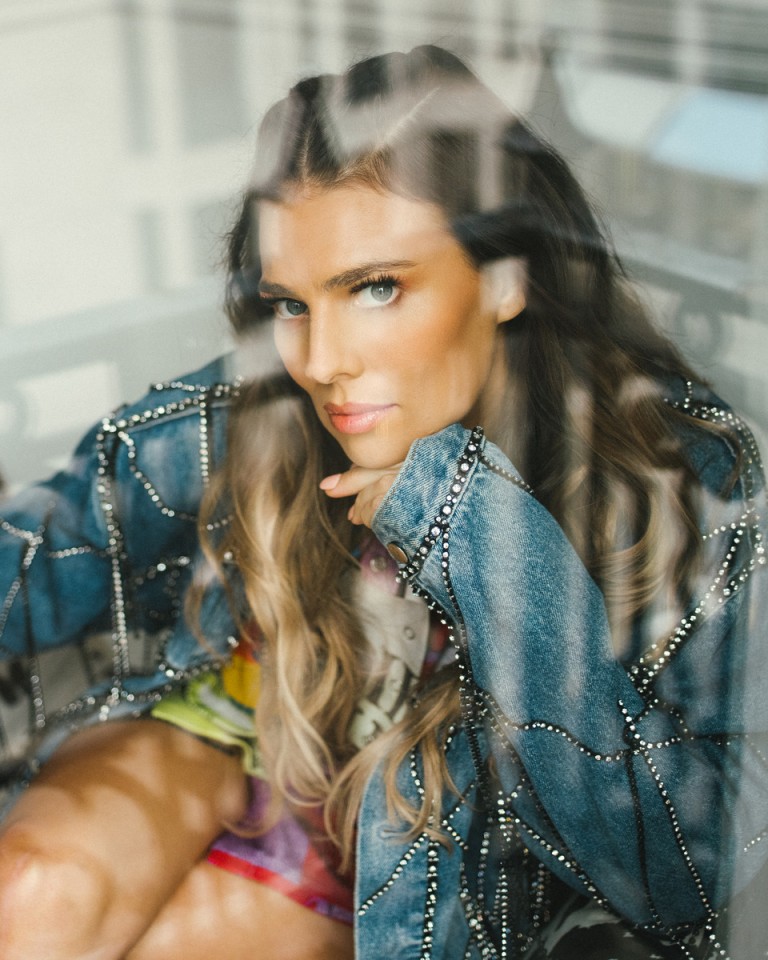 Ascending star Twinnie is on track to deliver pressing messages of inclusivity, self-love and acceptance through a myriad of intricately designed pop-country jewels.

The crossover artist’s dedicated following within the country community has earned her a respected BCMA Award plus a multitude of praise from the Nashville community, and she’s now ready to break free into the mainstream pop-sphere with her forthcoming project, Welcome to the Club.

The four-track EP is enriched with themes of authenticity and being your earnest self, something Twinnie has gradually learned on her path to becoming an artist. A collection of relatable and utterly optimistic songs, Twinnie creates a safe space in her music, commanding listeners to celebrate the highs in life.

Ahead of release, we sit down with Twinnie to unravel the elating new EP plus unearth her next moves in her quest to pop-country domination.

Hello Twinnie! How have you been spending the last couple of weeks following the newly released ‘One Heart’ & the even newer ‘Dying Inside’?

I’m currently in Nashville which has been amazing especially since I was able to attend the CMT Awards which is always a great night celebrating some incredible talent. It’s been a really fun time seeing how the song is connecting with fans, both in the UK and US. I also managed to see my first Billboard in person here in Nashville for ‘One Heart’ which was just a hugely surreal moment and a dream come true. It makes all the hard work and sacrifices worth it.

What can you tell us about the meaning behind ‘One Heart’? And how long did the whole track take to fully come together?

It’s a song that was difficult to write for me as it comes from a really honest and authentic place. For me this song symbolises the closing of a chapter on a heartbreak. I’ve been lucky enough to work with some amazing people on this release so the whole process of bringing it together to make it what it is now has been pretty smooth.

The single follows on from the euphoric pop-country gem ‘Welcome To The Club’ and forms part of a “four-part journey” you’re embarking on, can you tell us a little more about this journey?

It’s about realising that your superpower is being your true self. Growing up in between two worlds; Gypsy culture & traditional upbringing. I’ve walked the line of trying to fit in, so this project is a call to action to be your authentic selves, always. It’s a celebration and a record that will hopefully inspire and uplift equally.

You plan on telling this story through a collection of music videos that when pieced together will form its own standalone film – where did this concept of yours originate from?

I’ve always loved directing and acting. I’ve directed all of my music videos to date so the idea of piecing these visuals together to create a mini movie came pretty natural, and I’m excited for everyone to see the whole story told at once. I’m also super grateful that we have the incredible Mandip Gill playing the therapist as that really ties everything together. I hope people really connect with the story we’re telling through these songs and videos, and throughout the film.

You worked alongside the marvellous GRAMMY nominee Ben Johnson for the last two releases – what was the connection like between you both when working together?

I love Ben, he’s just incredible to work with. He knows exactly what I want each project to sound like and we have a fantastic chemistry in the studio which I think comes across in what we produce together.

How would you say this new project differs from your greatly received debut album ‘Hollywood Gypsy’?

I think it ties into the concept of that album and brings everything together but there’s also a new kind of confidence in this new music too which I think makes it a little different to that era. But overall I think it’s a perfect next chapter for what my music represents.

There’s quite a sonic contrast between both ‘Welcome To The Club’ and ‘One Heart’ – will there be any more surprises to come with this forthcoming project?

I like to mix it up with production styles as I don’t believe in being put in a box, so yes you can expect some more surprises and I think you’ll love the next two as they are completely different from each other which is really exciting.

Making the decision to write, produce and record in the comforts of Nashville for this new project, what’s one thing you love about Nashville and its music scene?

I really love the community they have over there. That scene is growing here though so I’m hopeful that we’ll soon have that community and network within our scene soon. That’s part of the reason I founded I KNOW A WOMAN, so that we can be a home for all music makers, it’s really built on that foundation of how everything operates in Nashville.

On your down days, where in Nashville would you go to unwind, or turn to for inspiration?

I really just like being away from the tourist parts and spending time with friends who live locally as you get a real sense of what Nashville is all about. The music scene here is incredible so you’ll always find a live show to watch too.

As you began putting the pieces together for new music in the studio, we’d love to know who you were blasting over the studio speakers at the time (other than your own songs of course!).

I absolutely love listening to the likes of Billy Joel, Dolly Parton, Kacey Musgraves, Carol King and all those kinds of artists. Anyone who is a storyteller is going to move me.

One glance at your schedule and we notice that you’re hitting the road for the whole of Spring! This includes the Young Voices in Music Concert plus you’ll be joining Sister Sledge and Tony Hadley on stage in May – what is one to expect from a Twinnie live show?

High energy!! I’ve always strived to deliver an arena show wherever I’m playing so the fact I get to play those kinds of stages very soon is something I can’t wait for.

With all of the new music plus live shows on the horizon we’re desperate to know what’s next for Twinnie – can you tell us about what’s in store for the rest of the year?

This year I’ll be splitting my time between the UK and Nashville, promoting the new EP, playing lots of live gigs and generally immersing myself in all things music.