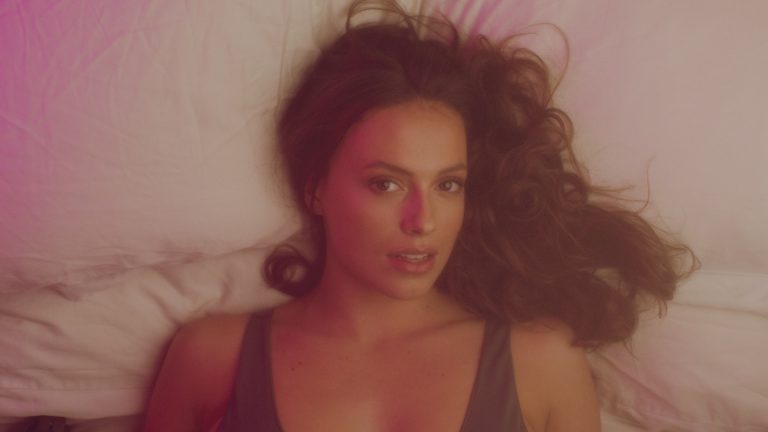 Produced in the midst of a global pandemic, playful pop artist, Taura, returns with her flirty new single, ‘Stay At Home’. Originally inspired by a desire to share positivity during the UK’s lockdown, Taura dedicates her single to the Black Lives Matter movement, as well as the NHS.

‘Stay At Home’ is a fusion of Taura’s seemingly effortless talents as both a songwriter and producer. Her single, released with a video, seduces us with the pleasures of staying home; to ‘have sex and drink wine and choose what music to listen to’. Drawing inspiration from artists and producers like Omen (Ari Lennox), Stint (Sabrina Claudio), H.E.R. and Syd, her sound plays with elements from both pop and R&B.

Having to record alongside the current COVID-19 guidelines, the official ‘Stay At Home’ music video shoots the intimate parts of Taura’s own home. The 90s inspired piece is produced with a softness that compliments her sultry vocals, creating ‘a sexy, romantic, love song about having more fun at home with the person you adore than you would anywhere else, with anyone else.’

As an active response to recent events and the ongoing work of the Black Lives Matter movement, Taura plans to donate 50% of the profits made from ‘Stay At Home’ to charities. She notes:

‘I know most of us have extremely heavy hearts at the moment, so releasing a new, light-hearted track right now feels quite trivial. I have spent the last week reading books, listening to podcasts and educating myself so much further on the systemic and daily racism the world is still plagued with today, and I have been constantly debating whether it is an appropriate time to release ‘Stay At Home’. June 5th was a release date set weeks ago, and as an independent artist I don’t really have the power to move it. I also came to the conclusion that moving it would almost be worse, and would be an act of self-denial, believing that racial injustices will not still be occurring every day in the very near future. Although I do not want to congest peoples feeds and replace vital information about anti-racism, racial prejudices and systemic oppression will not be wiped out within a few months. Whether I release now, or later, these injustices will still occur, and we still need to be taking action.

I do however have the option to put the further education I have been met with over the last few weeks to do at least some good, so I will be donating 50% of all profits from ‘Stay At Home’ to charity. I will donate 25% to the official Black Lives Matter campaign. The other 25% will go to NHS Charities Together, with the song being inspired by lockdown, and written during the Corona Virus pandemic. I hope many artists, especially white artists, will dedicate their music that has been undoubtably influenced by black creatives towards a good cause also. I promise to educate myself and others, way beyond these Instagram posts, and way after the protests and social media posts die down. Let’s keep this movement going.’