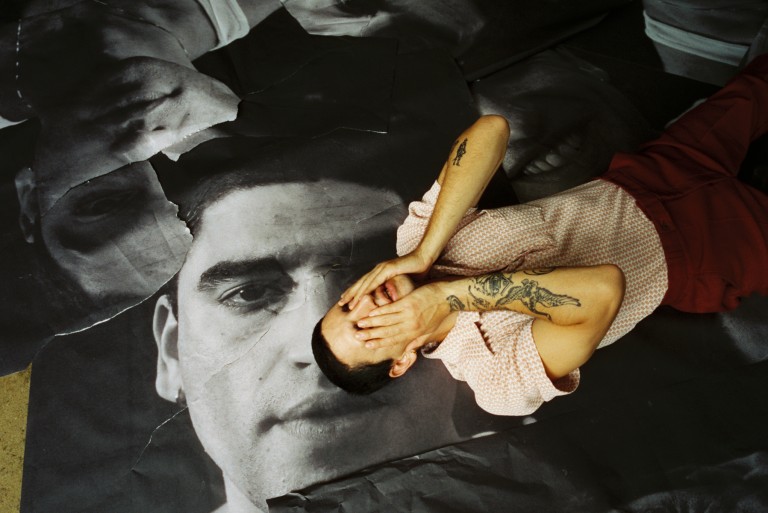 The Bittersweet Sounds of Adam Melchor

Adam Melchor is moments from stepping foot on his first UK stage. The rising singer-songwriter is known for tugging at heartstrings and making your tear ducts run wild. In other words, Melchor is an expert at making you cry with his emotionally charged lullabies.

Working with everybody from Fleet Foxes, The Chainsmokers and Charlie Puth, the LA-based artist has exceeded a momentous 75 million streams across his affectionate catalogue, proving himself as one of music’s brightest new stars.

In the midst of 2020, Melchor launched the Lullaby Hotline, a service which offered his listeners unreleased treats. 10,000 requests later and he had shared over 40 original songs, eventually forming ‘Melchor Lullaby, Vol. 1’, a mixtape that marked his first release on Warner Records.

On his intense debut album ‘Here Goes Nothing!’ Melchor opens up on the fluctuations of a long-distance relationship that turned sour. His soulful soundscapes recreate his past experiences for the listener, gently pulling them into his world filled with heartache and trauma.

As Melchor prepares to play his first ever string of UK shows with noir-pop artist Holly Humberstone, along with a headline performance of his own at Hackney’s MOTH Club, he chats with Noctis Magazine to discuss the monumental year he’s had so far.

Hello Adam! Huge congratulations on the release of ‘Here Goes Nothing!’ – how are you feeling now that the record is out there for everybody to enjoy?

I’m feeling free in a way. It’s a big labour of love to put all your energy and your time and effort into a project. For it to be out in the world is like watching your kid go to school for the first time (I am not a dad but I can only assume that it’s similar), you have to let it go and let the universe have it.

Releasing a debut album is one huge feat, how long have these tracks been in the making?

Some of these tracks had been years in the making, but my producer Henry Kwapis and I completed it over the course of about 7 months.

Were there any songs in particular that you thought were going to be too difficult to finish? Alternatively, any songs that almost didn’t make the cut?

“Touch and Go” took about 20 tries. The last one we ended up on was the most natural one. “Cry” almost didn’t make it! Snuck in and knocked on the door last minute and said hey what’s up. I’m so happy it did.

You’ve been putting music out for well over 5 years now, and have been making it even before then. When did you realise that now was the right time to release your debut?

For me, touring is my favorite thing and what means the most to me. Now that the world is mostly back on it’s feet concert wise, I wanted to work on new material for shows and luckily coincided the release with a headline tour (tickets on sale now, buy 10 of them).

‘Here Goes Nothing!’ is such a tender body of work, it must’ve felt quite personal sharing these stories with Henry Kwapis/writers you were working with?

Naturally, Henry and I became super close over this time period because we were dealing with each others issues on a day to day basis. Along with that, he knew what the subject matter was about and was super helpful in deciphering it all on a friend level with me.

Aside from your own music, you’re also an incredible songwriter for other musicians. Do you find it difficult choosing which songs to keep for yourself and which to find new homes to?

I am pretty good at separating church and state here so to speak. When I write for other artists, I really love to dive into what makes them happy and what affects them and what makes them sad etc. It’s always very different than what i lean towards for myself, so it’s quite easy to compartmentalize which song is which. I’m usually in the room with the person I’m writing for, so it’s not like I have to decide too often which songs to keep for me or for them.

I learn SO much from opening for people. I learn so much about myself as a writer, a performer and as a professional. The last one is so important. It’s important to treat the headliner the same as the person cleaning the venue after the show. My favorite part is making these relationships and then seeing them sometime in the future and being like, “hey! I remember you!”

You have quite a personal relationship with London, as we can tell with tracks like ’Turnham Green’ – what is your favourite thing about the city?

I truly love the novelty of it. I don’t mean that in a diminishing way. It’s funny because a lot of people think about Hollywood and LA in that regard, but when I come here I feel like I’m in a movie (Harry Potter or Paddington to be specific) and I love walking around. It’s great to be surrounded by buildings that are older than America.

A headline show at MOTH Club is also underway on December 5th! This is one of our favourite venues. Is this your first time playing in London? What do you think of UK crowds?

As of right now, I’ve never played in front of a UK crowd so I’m happy to see what it’s all about. I saw Madison Cunningham the other night and the crowd was so polite so I’m hoping for that.

We can’t forget your extensive North American tour set for the new year! You’ll be on the road for almost two months – how will you prepare for being away for so long?

I have a team of people that help me out so much, but mentally I make sure to not over exert myself in the week leading up. Just chill and enjoy my bed and my house as much as I can.

You’ve had a pretty hectic year with the album release and touring with Noah Kahan with no signs of slowing down in 2023. It feels like you’re entering such a monumental period in your life, have there been any personal highlights?

The monumental thing was putting out this album and getting to see my family a lot. And singing with Fleet Foxes and Post Malone. That was absolutely a highlight.

Come say hey at the merch table! And bring tissues. Get ready to cry/party at the same time.