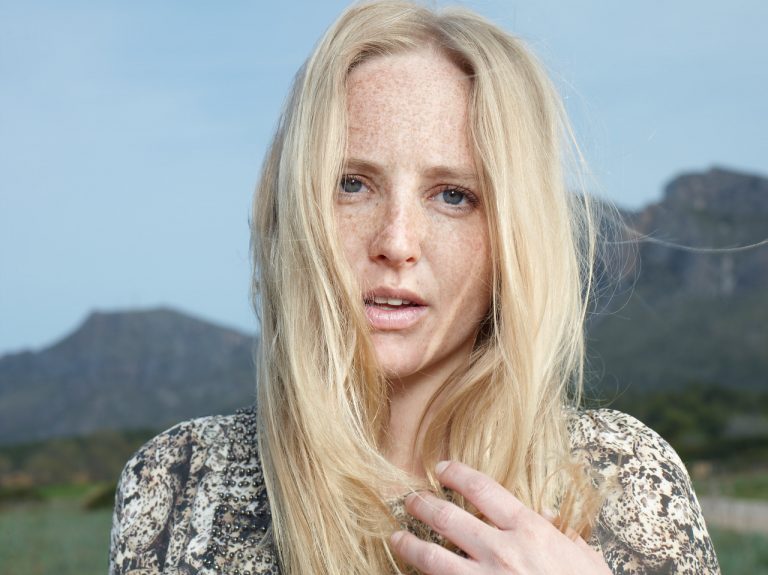 The Era of Lissie

There are rare, special pockets within life that halt you in your tracks, allowing the rest of the world to continue real-time without you, and you question to yourself; “What on earth is all the rush?” And encased deeper in those thoughts, are the faint temptations to buy a cottage or a cabin in the woods, sport some old leathers, adopt a dog or three, brew hearty stews and sit on the back- porch hearing nothing but the peaceful breeze tickle the windchimes. If you could encompass that blissful, crisp feeling into a musical style, it would be the sound of Lissie.

A wise, warm sound that feels like it’s been there and back again, ready to teach you lessons and tell you stories, Lissie provides the sweet, poetic peace that can be compared to the mighty Coney Island Queen Lana Del Rey herself, stirred in with the humble and pure vibes of Katie Melua and Amy Macdonald. With roots embedded in Rock Island, Illinois and the west coast, Lissie creates her art with large nostalgia from the unearthing of her old journals, photos and memorabilia from her early years, each song keeping ‘near and dear to her heart’, therefore plucking the strings of your own. A spirit that Stevie Nicks would be proud of, passing the white witch shawl over to the next supreme, it’s Lissie that is next to reign.

A strong political voice showcased in both her musical creations and her social media platforms, the world may want to sit up and listen for what Lissie has to say, her music full of soul warming reflections of life and events that happen within it. A cluster of famous faces have already woken to her, with the inclusion of Lenny Kravitz and Deadmau5 to name-drop a couple, so it really is about time that many listening ears follow suit. Lissie sees her career and therefore her creative journey as a journey, ever expanding, ever changing and ever transforming, and it’s incredibly evident from the quaint and country-style beginnings of her 2010 album ‘Catching a Tiger’, that give you the similar feelings of the early works of Taylor Swift and Carrie Underwood, to her more ethereal and heart wrenching material of 2018’s ‘Castles’, with more Sia style alto vocals twinned with slightly darker themes, that creates quite the hauntingly beautiful concoction.

We asked Lissie to answer a few questions right from the very comfort of her own Iowa farm, to see what’s been going on during the whirlwind of the past couple of years, and what future plans she has to treat us further with.

Hey Lissie! Are you ready for the summer now the weather is heating up and the restrictions are easing? What are the most notable things you’re looking forward to in your diary?

Hello!  Thank you and yes!  I always look forward to spring and summer because I love to garden vegetables and flowers!  I live on a farm and I have a lot of goals this season to establish my fields in wildflowers.  I’m also looking forward to playing a festival in August!  I’ve missed performing and the energy of gathering outdoors so much!

You have a really beautiful, stripped back, natural Lana Del Rey vibe about you. Who would you say are the main inspirations that carved you into the artist you are today?

Aw, well thank you!  I think I’ve just always been myself and am very open and open to meeting new people.  I’ve had a lot of loves and interesting experiences in my life so far.  It has all inspired me to want to write, express and share of myself with whoever is interested in listening!   Haha! I think that coming of age in the mid-late 90’s was a great time for an aspiring female singer songwriter like myself.  There were so many amazing examples of natural women who wrote their songs, played instruments and sang like angels, from Sheryl Crow to Fiona Apple to Tori Amos to Sarah McLachlan and more!

Were there any moments in time that really solidified your style?

Again, I’d say there was something about the 90’s, about grunge and flannel, jeans and t-shirts that has always stayed with me.  I’m all about utility, comfort and quality.

You seem to have a really busy summer of album and LP releases ahead of you- tell us more about them.

Yes, well this past year has afforded all of us a lot of time to reflect.  The 10 year Anniversary of my debut album “Catching a Tiger” was last summer and we had always planned on marking the occasion with shows and a deluxe edition.  Due to Covid, that didn’t happen, so, I’ll be releasing an Anniversary Edition of “Catching a Tiger” this June with bonus tracks and new artwork!  While I was finding old songs and footage from that era, I was reminded of even older songs of mine.  Thus, the idea for “Watch Over Me (Early Works 2002-2009)” which are songs of mine from my late teens and early 20’s, out in July!  While they aren’t songs I’d write now, it felt really special to be able to share the moments of music that have shaped me as a person and as a writer.  I also feel like it’s allowing me to shed the past as we all move towards this unknown future.  And for me, a new album.

To take a breather and relax from your busy schedule, what are your favourite forms of self- care?

I haven’t been too busy since Covid started but generally, just relaxing at home.  As I mentioned earlier, I live on a farm.  So I’m quite happy to hang out with my dog and be outdoors.  In the evenings I like to cook, have a bath, drink some wine, watch TV and putter around my house, organizing, cleaning & tinkering with my things!

Any advice to those out there to budding artists and creative, to stay motivated and doing what they love during these difficult times?

Whenever I get asked this sort of question, I just say to people, do it because you have to.  Keep sharing and singing and writing because you can’t not.  If it’s an undeniable part of who you are, then you will find some form of success.  Although you may need to re-examine what success and a balanced, happy life actually look like. But also be gentle with yourself especially during this time.  I know that for me, I wasn’t writing at all until this past winter because everything had just been too heavy, chaotic and tense.  It was like, “where do I even start?” So, while the pandemic was raging, I hope that everyone gave themselves a bit of grace.  We have all been collectively traumatized and there’s a lot of grief.  Also, just the lack of performance opportunities definitely left me a little bit rusty.  So, practice at home!  Haha

From your social media, it really feels you have a strong political message and voice that is heard loudly. The political climate has been a huge battle over the past couple of years, so do you feel this has affected your activism and therefore your art?

I feel like these times are beyond political.  Especially in the US right now, it’s felt like a battle for our souls.  Good vs. Evil. Greed vs. Human Dignity.  and on and on.  It’s very terrifying how misinformation has people paranoid, stubborn and at each other’s throats.  I feel like I don’t do or say enough.  I don’t write particularly “activist” songs. Although, I have a few. But, I hope that if my music allows people to feel their feelings, process them so they don’t go around inflicting their wounds upon others, maybe in some small way, I’m helping to make the world a better place.

If you could describe your music style and message in just one sentence, what would it be?

Literal, straightforward, heartfelt, from the gut singing and sharing!

Time for a couple of flash questions! Tell us:

The current TV series you can’t get enough of

Your favourite album of all time

From starting up at the sprouts of your musical career up until now, what do you feel have been the most defining and rewarding moments for you?

My first album and all of the opportunities and accolades that came about from that release!  It gave me a career and a loyal fanbase.  I am especially grateful for all the times I’ve gotten to spend in Norway and the UK playing festivals and seeing beautiful places, meeting amazing people!

What would be the dream in five years time? To headline a certain festival or venue, or perhaps colab with anyone in particular?

I think the dream would be to keep growing as an artist and as a songwriter, to release beautiful, soul satisfying and well-received music and be able to play to like 5,000 people anywhere I go? Haha, while also having a balanced home life, as I continue to be a steward of the land and work on conserving the land I “own” / get to take care of.  And love!  And family!  All I’ve ever wanted was to be in love with someone who loves me back!

And finally, tell us what’s next for you after the summer, can we expect further material?

Yes! I am in the process of making a new album and it’s been going great so far!  At the very latest, it’ll be out early next year, I hope!  And then shows to follow when everyone agrees that it’s safe again!