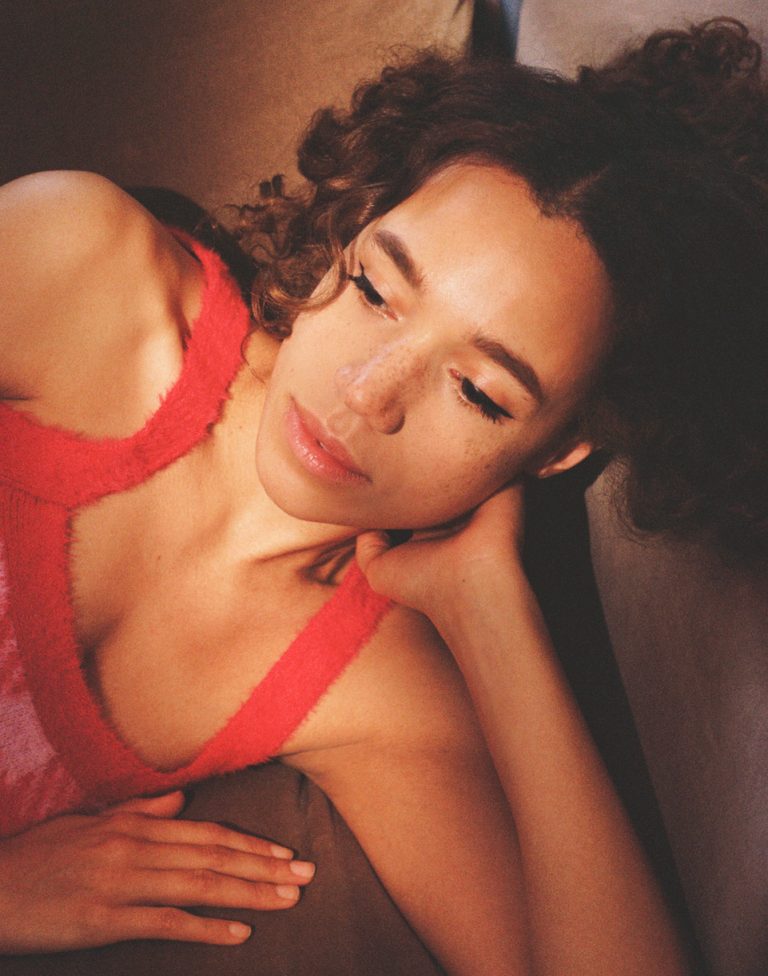 The Evolution of JONES

If you’re a fan of the genre of alt-pop, then chances are you’ll have come across British singer-songwriter JONES at some point over the last few years. Known for her beautifully emotive vocals and a unique songwriting style that’s penned hits ‘Melt’ and ‘Simple’, the artist hones a style beloved by many. Now, releasing her latest EP ‘Blue Sunshine’, we see JONES push her artistry further, drawing on sounds previously unexplored, often venturing into experimental territory. Written in such a personal manner, the EP at times reflects the thoughts of a diary entry, with the artist drawing on emotions she felt during lockdown. ‘Blue Sunshine’ delivers beautifully calming melodies that offers the listener a moment of escape from their reality, transporting themselves into a happy, safe space.

For her fans, ‘Blue Sunshine’ contains everything they’ve come to love – refreshing honesty, powerful vocals and a truly humble nature that releases an infectious energy. Clearly an astonishing talent, it’s no surprise that JONES has garnered regular attention from the likes of BBC Radio 1. This release shows us JONES’ self-confidence in the place she finds herself in now, unafraid of taking risks whilst staying true to her core artistry. Tying in with the release, we spoke to the artist to learn more about the intricate stories behind her songs, as well as the effect she hopes to portray to her fans.

How did your creative journey lead to you becoming a solo artist?

It was always just the thing I wanted to do – it’s been my main focus throughout my adolescence…I tried many different things to get into the industry when I was starting out I went to open mics around London, collaborated with of lots of different musicians and producers…it’s been a very interesting journey and it’s definitely been a rollercoaster over the years but I’ve never really been alone. I’ve always worked with a team whether that be a record label, manager or fellow musicians – so even if it looks like I’m just a solo artist everything I’ve done has been a collaboration.

You exploded onto the scene in 2016 with your single ‘Melt’ which has accumulated over 33 million streams on Spotify alone, how surreal was that experience?

It was incredibly surreal! I still can’t believe that any of this stuff has happened today…I’m just so thankful that the music has resonated with people. It’s a bit of a dream come true.

Your recent single ‘Around’ saw you expand your sound, incorporating sounds from London’s contemporary underground jazz scene. What inspired you to create a song in that style?

I just always aim to make music that I enjoy without thinking too much about where it fits culturally…I found that that was the type of music I was listening to – certain playlists on Spotify were on heavy rotation and I just naturally moved in that direction. It’s been such a fulfilling and satisfying project to write this EP, it’s been a totally different experience because it was made mostly in lockdown and a lot of it was made at home.

So, the Blue Sunshine EP is very similar to the first two songs that have been released it is definitely in a laid-back chilled out soul world, it’s a little bit more experimental in some ways…as ever the lyrics are very personal and feel like a diary entry. I really hope it’s something that people can just listen to as a whole. I imagine it being nice to have on in the background or when you are going for a walk or to work – I feel like it’s very easy listening and hopefully thought provoking at the same time if you tune into the lyrics.

What were the main influences behind the EP?

Well firstly – life! And the emotions I experienced during lockdown were all really the biggest driving forces behind the EP. And then artists like SAULT, Arlo Parks and Easy Life were all things I was listening to at the time, and I guess things subconsciously influence you when you immerse yourself in those musical worlds.

How different is the music on ‘Blue Sunshine’ compared to what you’ve released previously?

I don’t feel that it’s super different, I guess this EP is less influenced by pop would be the biggest difference but it all still feels in a similar world to me…maybe just in a more relaxed style.

Is there a particular message you’re hoping to portray to listeners?

I always just aim to create something that is musically beautiful, that can help to take people away into a different world outside of their own reality…outside of their thoughts. I always hope that the music I make is uplifting and makes people feel better. I think behind everything I write is the message that “everything is going to be okay” and that’s really important for me.

You’ve been heavily praised for your introspective song writing style, how important is this personal approach to your artistry?

I mean I think it has to be personal, I don’t really know any other way to do it. That’s just been my natural style I’m a very introspective, analytical, deep-thinking person so it figures that I will be drawn to that style of writing. I always just start from the most honest place – what am I feeling? What am I seeing? What am I imagining? And just let things evolve from there…but I think there is no right or wrong way to make music it’s all so personal and it’s an outlet for what people are feeling or what they want to project about themselves. So, it really depends who you are and what your style is.

You’ve often accompanied your releases with acoustic versions, do you feel like your voice is more suited to a stripped back environment?

I definitely think a lot of my songs have worked well as an acoustic version, there is something really pure, simple and organic about hearing just voice and an instrument. I think you can really hear the emotion of a song that way and it’s something that just kind of happened naturally – it was just a bit of a happy accident really.

What can we expect from you throughout the rest of 2021?

Music and more music…I have some exciting collaborations happening later in the year and I’m aiming to release another body of work really soon so looking forward to that!