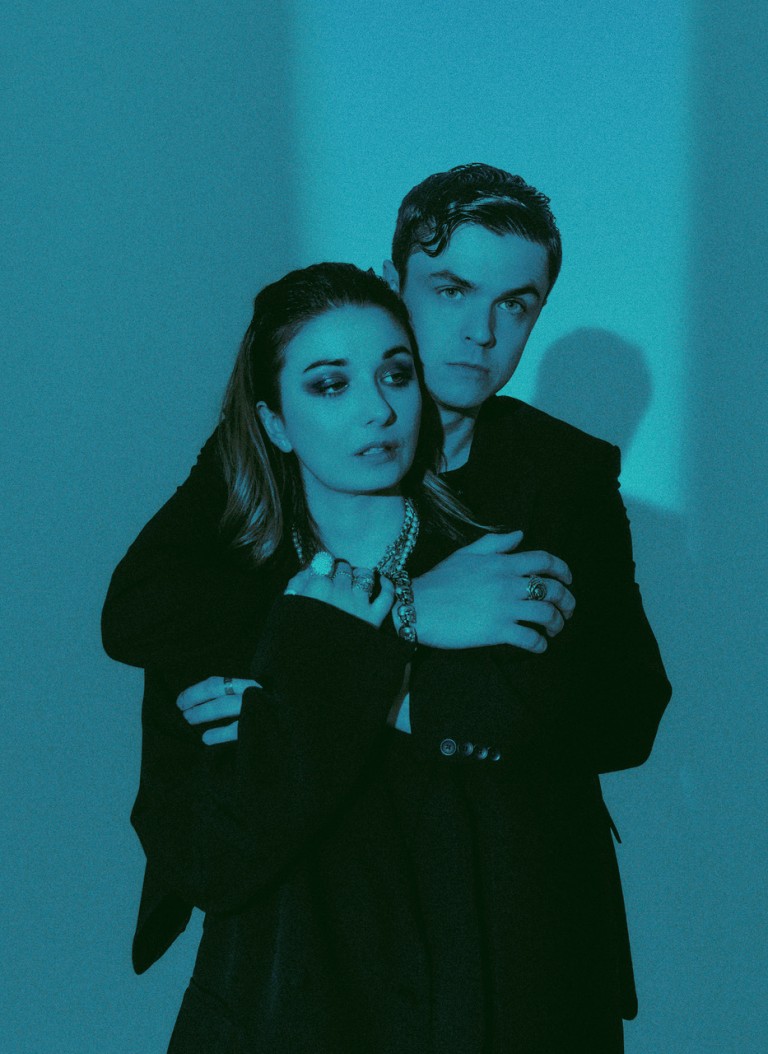 The Fate of LOVE SICK

The story of how Julie and Shaun became LOVE SICK is the stuff of Netflix dreams. From meeting at an office Christmas party leading to a chance encounter at a train station, finding a connection through music, eventually becoming a couple too – it’s a pleasant reminder of life’s serendipitous moments. Embracing the journey and reality of being in a relationship, this year LOVE SICK created two projects in the form of mixtapes ‘SICK,’ released in Spring, and follow up ‘LOVE,’ set to be released on 18th November. Both projects see the duo explore the blissful highs and turbulent lows of love, with ‘SICK’ being a collection of beautifully produced chilled lo-fi tracks, and the forthcoming ‘LOVE’ changing pace with high energy dance anthems.

So far the release of dancefloor ready singles ‘I Take It All Back,’ and ‘Sick Of Love‘ have given a taster of what’s to come, now fans are eagerly awaiting the second EP and rightfully so. In the lead up to release day we caught up with Julie and Shaun to learn more about translating their journey into the music, being open and honest with eachother, and what’s to come.

Hey Julie and Shaun, thanks for speaking with us! What part of the world are you in, and how are you feeling today?

We’re in beautiful rainy Glasgow today. The weather is quite miserable but we’re trying to rise above it and we have music coming out so we’re excited about that!

So starting at the beginning, what was it about one another that made you think you’d make a good musical pairing?

(Julie) We had really similar music tastes and our first conversation was about music and Shaun shared a cheeky soundcloud link to some music he’d made and that’s what kickstarted things.

Your latest single ‘Sick of Love’ was inspired by an argument – what’s it like to put these emotions into your music, when they may arise from difficult situations?

Writing together is definitely like couples therapy. We tend to air a lot of things unintentionally through our songs and it only makes us stronger though sometimes causes more arguments which in turn causes more songs to be written so it’s a vicious but productive creative cycle haha! Everyone always says it must be so hard to be in a relationship and work together (and it is!) but we also think it’s our biggest strength because we can be completely honest with each other.

Is there an overarching storyline throughout your upcoming EP? Reading the tracklist almost feels like chapter titles from a novel.

Yeah for sure! It’s always around the theme of love though it’s not always directly about us! This EP is about how love comes in different forms and sometimes love isn’t always perfect.

So far we’ve had a taster of the EP with the euphoric singles ‘I Take It All Back’ and ‘Sick of Love,’ can we expect more high energy tracks, or will you be slowing it down?

Our next single ‘fuck you, I love you’ is a ballad which is one of our favourite songs we’ve ever written. It sums up Love Sick and us.

One of the songs ‘No Good’ is super high energy and a similar tempo to ‘I Take It All Back’ and was written around the same time.

Can you briefly take us through the process of creating the EP? How long did it take to create?

Most of the songs were written in the last few months and our writing process varies from us sitting in our living room with just a guitar to jamming toplines in the studio to a beat. Sometimes there’s special moments where a lyric comes out with the melody and other times one of us has a really strong idea or concept which we focus on.

You did an interview a while back where you discussed scrapping some past EPs before releasing your current mixtapes. Refining and editing your projects is a big part of being an artist, but it’s always fascinating to think about the songs that could have been! How many songs do you think you wrote before deciding on the final five for this EP?

There are definitely another 2 or 3 EP’s with alternative track listings on the hard drive! There was a lot of back and forth between ourselves and our team on deciding which tracks made the cut! We’re quite brutal when we’re writing. If things don’t feel special when we first start an idea we quickly stop and move in a different direction so when we finish songs they feel quite precious so it was hard to put some of them aside.

Which song from the EP do you think will be most fun to perform live?

I think with the energy of ‘No Good’ and the fact we haven’t played it live yet is the one we’re most looking forward to.

If you could have a feature from any artist, who would it be and why?

Been loving everything Fred Again is putting at the moment. The emotions he brings out in his music is what we try to do in ours so I feel like we’d work well together.

What are you most looking forward to in 2023?

Touring and playing festivals would be our perfect 2023.