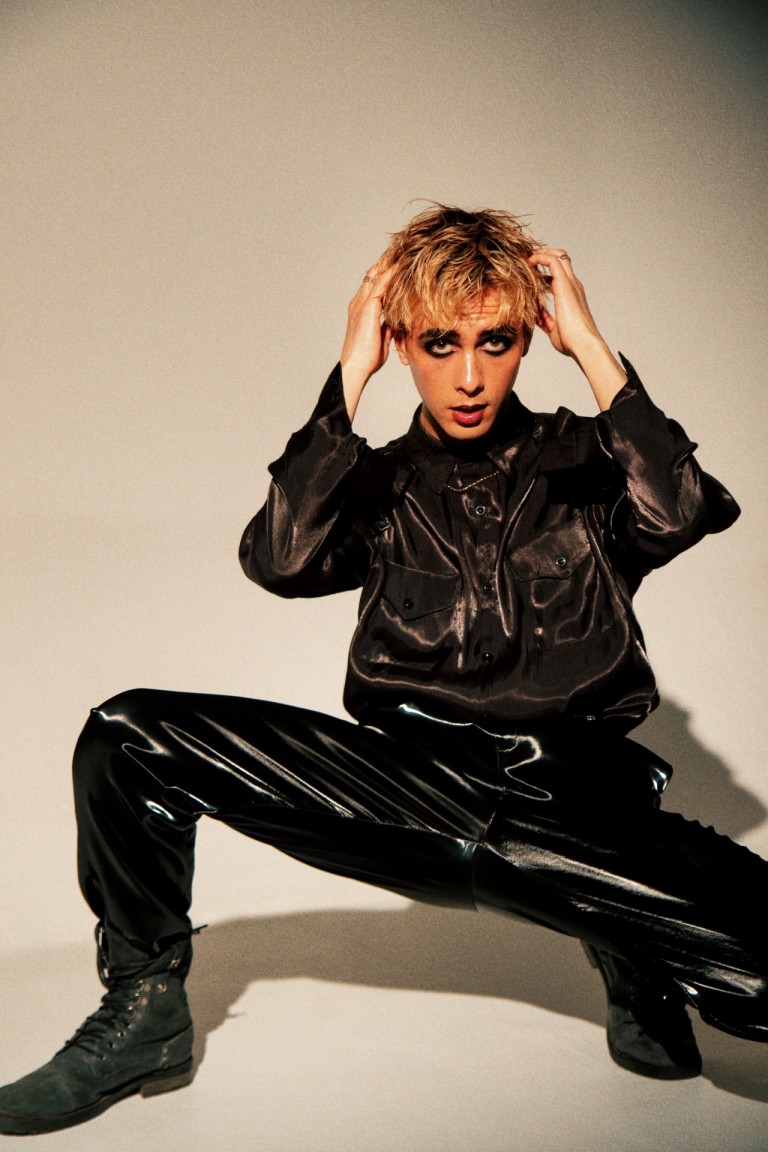 Matt Taylor | One To Watch

Slowly approaching the end of yet another year, it is time to reflect on the best albums, the best singles, the most exciting new artists, and the most deserving one-to-watch candidates. An Irish newcomer, Matt Taylor, meets the criteria with his second EP, ‘April 13th,’ a certified sad boy pop experience evoking tears, anger, and frustration. But most of all, the title track carries the energy to fuel from the top-of-the-lungs singing along.

Originally from Dublin, Ireland, Matt Taylor currently resides in Brighton, putting his sad boy period on the back burner and embarking on his dancing era. Living off the sweet freedom of being okay on his own, Matt Taylor is ready to start documenting his reinvigorated mindset with his new single ‘Stay’ as the first taste of what’s to come next year.

Initially powered by wanting validation and other ego-stroking elements of being an artist, Matt Taylor admits to feeling confident as ever, eager to release more unapologetic anthemic pop.

Do you remember when you started writing songs?

I don’t remember exactly when I started, but my family & I used to go on long car trips when I was younger. My sister & I used to do little improv performances to keep entertained! The first proper song I wrote was when I was about 9, as a Valentine for a girl I had a crush on, I got a hug!

When did you realise you are ready to share your music with the world?

I definitely don’t think I was ready when I started, but I’m glad that I did. I learned a lot from my earlier projects that helped for when I started this one. The reason I put my first EP – Breath – out was a bit petty… I just felt really shitty with how I had been treated & wanted to have my ego stroked hahaha. Similarly, April 13th came out because I was frustrated. It was originally going to be such a rushed release because I just wanted to get it out, but it ended up getting a lot more traction than I thought, so we very quickly adapted it to take advantage of that! Ironically I think I’ve only just found the confidence in my music that I should have had from the start, so I’d say now I’m ready.

Personally, your latest project ‘April 13’ is one of the best things I’ve heard this year, could you share what time/period of your life is this EP depicting?

Ah thank you, that honestly means so much! I keep forgetting that I came out this year, it just feels like so much has been going on.  It was all about a pretty messy situation with a friend. It’s funny how time away from something can put it into perspective, it’s been just over a year & I feel like a completely different person. It’s interesting looking back on the EP now, I’ve spoken to them a couple of times over the past few months & it’s really changed my perception of it. I still love the EP & am very proud of it, but a part of me feels like I could have understood the situation better. Not Godspeed though, Godspeed will always be perfect to me ahahaha!

In what moments did you find the most inspiration for this project?

Again, given the benefit of hindsight, I think inspiration came more from other relationships than it did this one. I think I’ve learned so much from it though, I feel so sure of myself now & that makes it difficult to want to have changed anything in the past. I’m really looking forward to what we’ve got coming in the new year as I think it’s a clear step forward for me professionally, but also personally.

What is your favorite lyric out of the EP and why?

There’s quite a few that I’m proud of, but I think it has to be the opening line of Godspeed. “Don’t Pay me no mind, I know how I am when I get anxious, you don’t need it”. I think it’s a good way to prefix the whole project, like “here is how I’m feeling, but don’t take it too seriously, I’m probably fine, just a bit sad” lol.

When did you record the EP?

We recorded it all in such a short time frame, probably around this time last year! It was a bit of a last minute decision to put Godspeed out but I’m so glad we ran with it.

What is the backstory of ‘April 13th’ and ‘no matter what I say’?

It’s really interesting that you chose them, cos they really are two sides of the same coin. ’no matter what i say’ was one of the most difficult songs to write because I had to think a lot about what I was saying, whereas ‘April 13th’ was a track I wanted to be a bit tongue & cheek with, a chance to poke a bit of fun at myself for being a bit over the top. I think they compliment each other quite well because I get to go to both of those extremes!

Why did you decide to move to Brighton?

I grew up in the west of Ireland & as much as it’s stunning out there, it’s a bit too rural to try and make a career in music. London was the obvious choice to move to but very expensive, so Brighton quickly became option 1 as it’s so close!

Dublin has become such an amazing city, it’s one of my favourite places to come and visit, but it used to be a bit grim… I love coming back now though, it’s such a relaxing place to be! And my favourite thing about Brighton has to be the beach, it’s a literal dream during the summer!

With your new single ‘Stay,’ you’ve shared you’re entering your dance field era, what are your go-to songs when you want to let yourself loose?

What is your personal story behind ‘Stay’?

Stay is so nice because it’s literally just about having a crush! It’s great because it’s meant we can just have a lot of fun with it when it comes to both the recording & the promotion, it’s probably my first proper ‘happy’ song! I’m so so excited for it…

Oh I am a HUGE fan of Formula 1… I got into it last year but I’ve become obsessed hahaha. When I get into something this much, I start to take in as much information as possible about it. The other day I listened to a podcast about how different paint textures can make a car go faster…

Are you working on new music at the moment?

Yessss always!! We’ve got so much in the pipeline & I can’t wait for it to come out next year, it’s gonna be a big big vibe 🙂