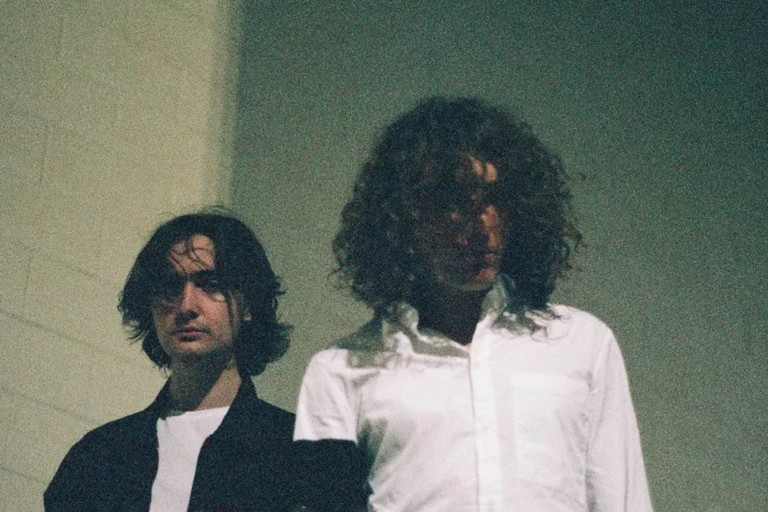 The Full Force of Taipei Houston

Taipei Houston is a duo made up of brothers Myles (drums, guitar) and Layne Ulrich (vocals, bass), who have released their debut album ‘Once Bit Never Bored.’ They kick off the record with their new track ‘The Middle,’ which maintains their energising style, which is anchored in furious percussion and electric basslines.

Taipei Houston viscerally draws into all of the greatest aspects of the previous 30 years of rock ‘n’ roll on ‘Once Bit Never Bored,’ mixing stripped-back, frenzied garage rock with grunge’s fuzzy overdrive and psych rock’s seamless instrumental sprawl. The band’s slick, high-energy tunes immediately conjure up images of other classic duos like The Kills, Death From Above 1979, and, of course, The White Stripes.

‘The Middle’ is the follow-up to the duo’s breakthrough single, ‘As The Sun Sets,’ an intoxicatingly exhilarating piece poised between distorted bass and tight, snappy percussion before breaking for its rousing melody.

The duo commented, “To us, Taipei Houston is about going against the grain in every aspect. We live in a time that is ripe with extremely difficult and confusing challenges. Technology grips the world more and more, and politics have become so polarised, we are heading towards climate disaster. This music is born and bred out of the contemporary, buzzing digital anxiety we all experience, and how we can try to escape those feelings – even for a second.”

The duo previously made a big introduction with festival sets at Reading, Leeds and Lollapalooza. In a more in-depth interview with the duo, Noctis delve into childhood memories, inspirations and upcoming plans.

You formed Taipei Houston after returning to your childhood home during the pandemic – what inspired the name and this direction to be a duo?

The name is super random – we were looking at one of those Flight tracker apps you use to see if your flight is delayed and we saw a flight from Taipei to Houston. We thought it sounded cool and very neutral so we went with it! The duo’s direction was totally for live purposes… I love the idea of having super orchestrated and dense studio recordings where you allow the creativity to take the song in any direction but then live you have this super stripped-back approach where you have to get really focused on how you do it. It’s a really exciting challenge to have.

Being from Northern California, how did/does this affect your music and place in the industry?

We both love Northern California, especially for how tranquil and removed it feels. It definitely lends itself to the creative process. Also just getting to be exposed to so many shows early on in some of SF’s amazing venues was an experience that shaped our early musical experiences for sure.

Did you both get into music together? Being sons of Metallica drummer Lars; what was that journey into the music industry like for you both?

We have both just always listened to a lot of music and have been big fans of music. We both grew up with friends who loved music and going to shows around the bay area and just discovering bands and sounds. It was a super organic discovery process for us, we both didn’t start actually playing or performing at all until our mid-teens.

The music you create is described as fuzzy garage rock inspired, can you elaborate on the sound you create and what about your genre excites you?

And, what typically inspires your music and lyrics? Personal memories, art, etc.

Literally anything and it’s always different. Movies, paintings, books, ideas, music of different kinds, a walk in the park or a long drive. Not to sound cheesy. I do find myself very inspired when I’m in Northern California.

You’ve just released your debut project ‘Once Bit Never Bored,’, what can you tell us about this body of work?

This thing is such an emotional time capsule for us. Its songs are about feeling isolated, alienated, cagey, confused, indeterminate… Not knowing oneself or your place in the world. Possibly realizing that you’ll never really fit in? I think this record can be an escape and an emotional release when you’re down and out, that’s what it has been for me.

How do you want people to feel when listening to the record?

We make the music we want to hear, and that sensation is so great when you find that thing that you’ve been looking for and just feel that somebody else gets it. I think for us the ultimate goal would be for people to feel that same sense of “f*ck yes, where has this been!?”

And, can you tell us which are your favourite tracks from the record?

We’re super excited for people to hear all of them, but I think ‘Hello From the Bottom’ is definitely a stand out for us, because it came about later in the process and I feel that that song end to end is just a crazy journey.

How do you want your music to expand in the next years?

I think we mainly just want to keep things interesting and always have people on their toes. Keep people guessing about where we’re gonna take it. I think this first record showcases a lot about the band but also opens a lot of threads to different ideas and sounds for us to explore. There’s something really exciting about bands who aren’t afraid to sonically approach new territories.