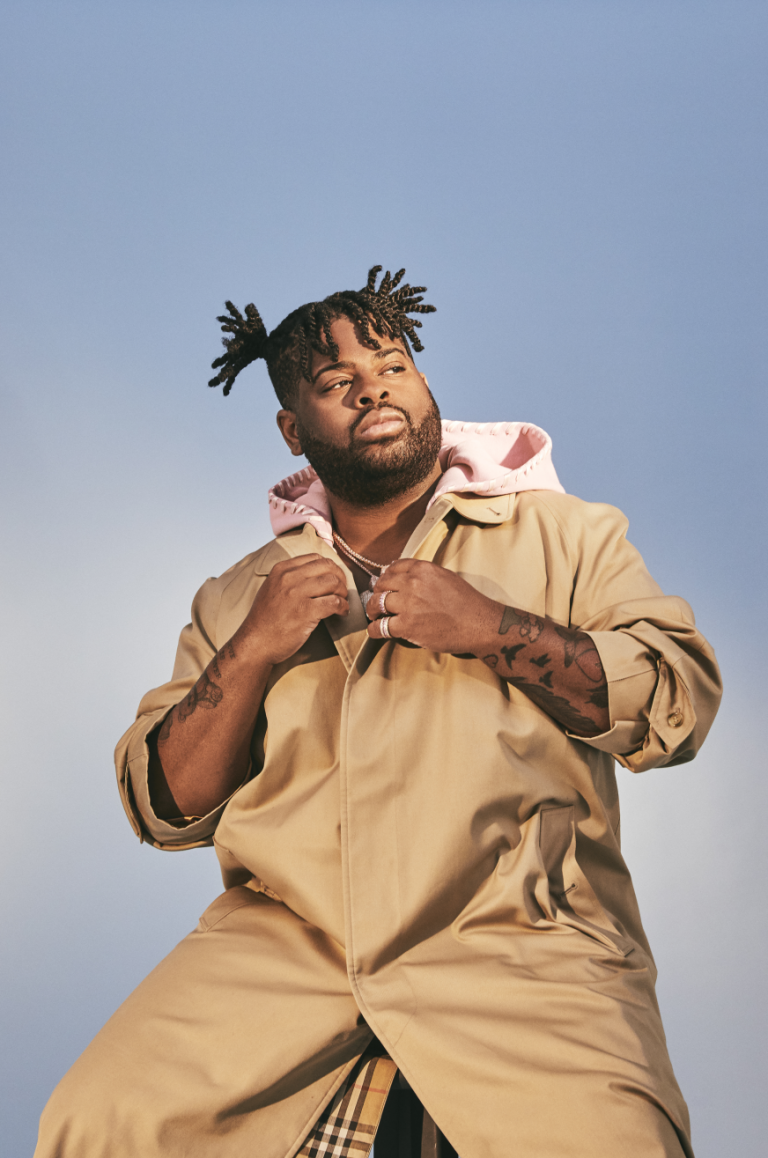 The Future Is Pink With Pink Sweat$

David Bowden, professionally known as Pink Sweat$ answers a frequently asked question of ‘what is it about the color pink.’ The appearance of the color is secondary; it is the mindset of standing out and refusing to be like everyone else. Despite the memorable moniker, Bowden’s sonic abilities to write one-of-a-kind ballads like ‘At My Worst’ is what will leave a mark on the world.

Hopping on a zoom call with the Philadelphia rising superstar, Bowden just returned from a well-deserved vacation to the Dominican Republic following the release of his highly anticipated debut album ‘Pink Planet.’ During our conversation, you could hear a sense of fulfillment from his side. After multiple EPs, the debut Pink Sweat$ project is out, and it is an experience rather than a collection of songs.

After congratulating him on his engagement, we got to talking about this year’s Grammy’s. Despite everyone’s efforts and outstanding performances, let’s be honest, it didn’t feel the same. However, Bowden highlights Bruno Mars’ and Anderson Paak’s ‘Leave The Door Open’ performance. With ‘Pink Planet’ being out in people’s hands, who knows, Pink Sweat$ could be one of next year’s nominees.

“It’s funny, people ask me this all the time, and I feel like I always have a slightly different answer. I think of the color as a security thing”, he says when we ask about the significance of the color pink. He continues: “It’s a coming out of, I’m me, I’m secure. I don’t have to validate myself anymore. Especially in this new era of awakening to new ideas of what a man is or what a woman is. As a heterosexual male, people put so much emphasis on colors. I want to show people that, hey, I exist. If I walk down the street right now, in my pink fit, people notice, but if I wear all black, it’s like you just blend in. And I feel like I’ve got tired of blending in. I got tired of feeling like I was going to be forgotten”, Bowden explains.

To bring people inside his creative world, alongside the release of ‘Pink Planet’, Bowden releases behind-the-scenes episodes for the ‘Pink Series’. One of them captures the making-of process of ‘Pink Family’. Watching his family being musical and collaborative, we wondered about the background. “We didn’t really do a lot of music stuff at home. We did a lot of stuff at church. We spent a lot of time there probably like two, three days a week. My mom is like a leader, and she would be like ‘get the band’. My brother and I would have been like the band. My uncle plays guitar, and I played piano. It’s just like the episode; it’s always been that dynamic, but usually in church”.

Being aware of his natural abilities to sing, he never knew what Pink Sweat$ could grow into. Thinking back to when I heard the first Pink Sweat$ song, I thought to myself, this is something new, and it was ‘Cocaine’ that randomly popped up on my Spotify. Then playing ‘No Replacing You,’ I was intrigued by his songwriting abilities. Like the first EP, he’s put out, I wondered whether it was in the works for long. Bowden’s answer stunned me: “It would’ve been like a couple of days. It took me to make ‘Volume 1’. I was in a flow. Like sometimes, you just get in the zone where things just happened, and it’s like a light switch. And that’s what happened, a couple of days, two, three days. And then I kind of had the project that I wanted”.

As a follow-up, ‘Volume 2’ featuring ‘Coke & Henny Part. 1’ and ‘Coke & Henny Part. 2’, Bowden maintained an incredible standard of work, serving R&B ballads about his highs and lows. This year, he finally presented us with ‘Pink Planet,’ a full body of work. Bowden shares what the album touches upon: “Pink Planet is about love, it’s about inclusivity, and it’s about creative freedom. As an artist, you should have the ability to make whatever music feels good to you, and that’s what I tried to do with this album. Top to bottom, I’m giving a glimpse into my creative world; and I hope there’s a little something for everybody in it.”

With ‘Pink Planet,’ Bowden has the resources to do whatever he wanted, and in the making, he learned a thing or two. He shares: “I learned how to be patient. I learned how to try new things. It taught me how to be the best, because to be the best, in my opinion, you have to have an album, and I wanted to learn how to put together a full body of work, not just five, or six songs but a full body of work. And I feel like I learned that in this process, and it’s helped me grow just even as a producer, as a songwriter. I pushed myself. It helped me grow a lot”.

When writing the lead, chart-crushing single ‘At My Worst’, Bowden found himself at his best. He elaborates on his relationship and how the theme for the track came about: “I was at my best. I’m the kind of person where I could put myself anywhere mentally. Like I was having the time in our lives, me and my fiance, back then we were just dating. I always wanted to be with somebody who was like a friend to me versus some new person in my life who they all know me as Pink Sweat$. Me and my fiance, we have been cool for years. We both had our separate experiences in life. I never really tried to date her or anything like that. When we finally had got together, I made that step. It just was like this is too good to be true in my mind, I was pessimistic. I was just like ‘I got your back’, and she was like, ‘I got your back’. And that’s when I wrote the song”.

Today, ‘At My Worst’ has over 183 million streams and was also blessed with a remix by the one and only Kehlani. They both got to perform the song on the Tonight Show With Jimmy Fallon. Talking about the remix, Bowden says they will work together again: “I knew Kehlani, but we wasn’t close, close. We met, exchanged numbers, and we always say that we wanted to work with each other, and it just ended up happening. It was one of those things where the timing just worked out, and she sent the song, I was like, this is fire. I think we’re going to get in the studio soon”.

Speaking of collaborations, Bowden name-drops few artists he would like to work with: “I really want to work with some more cool artists. I want to work again with Kehlani and 6LACK. If I do something with Justin Bieber, I think that’d be fun. That’d be cool”. Little did we know, but the JB dream was about to happen. Following Bieber’s new album ‘Justice,’ he released another surprise project this Sunday titled ‘Freedom’. Law of attraction worked its magic once again, as Pink Sweat$ is featured on the track ‘Where You Go I Follow’.