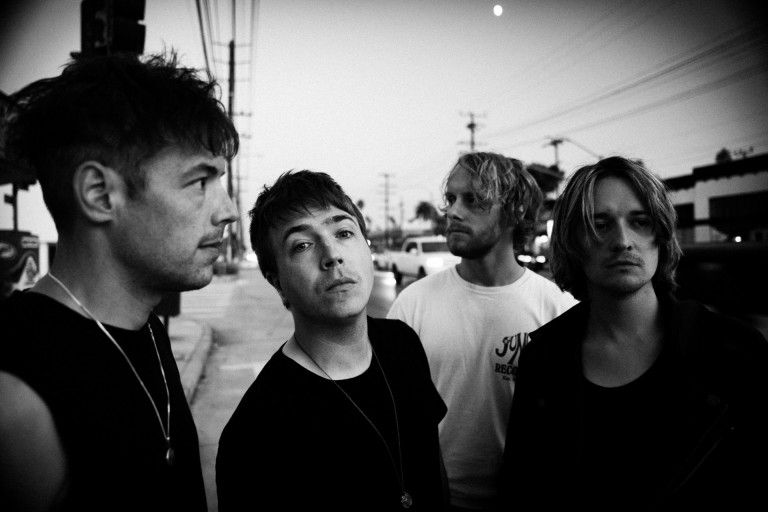 The Luka State Call To Action

Comprised of members Conrad Ellis, Sam Bell, Jake Barnabas, and Lewis Pusey, The Luka State are a four-piece rock band from Winsford Cheshire, using their platform as a force for good.

Recently having announced their next studio album ‘More Than This,’ due to be released in March 2023, the band have released a slew of angst fulled singles ‘More Than This,’ ‘Bring Us Down,’ ‘Stick Around,’ and ‘Oxygen Thief‘ setting the tone for what’s to come. With poignant lyrics covering hard-hitting issues such as vulnerability, addiction, and mental health, paired with relentless high-energy guitar work, The Luka State evoke a sense of urgency within their music, and for good reason…

In a time of widespread economic inequality where many are struggling with the rapidly rising cost of living, The Luka State put their money where their mouths are, actively working with charities helping those in need. In fact, when the time came to film the video for their lead single, the band donated their video budget to The Trussell Trust food bank charity, instead funding their own music video to highlight the reality of a nation in crisis. Despite some artists being swept away in the glamourous life of successful musicians, The Luka State have stayed true to their roots of working class life, making music for the people, with past projects only solidifying their authenticity.

We take a moment with the band to reflect on causes that matter to them, taking a stand for what you believe in, and gain an insight into the upcoming album including working with award-winning producers Adrian Bushby and Dan Austin.

Your lead single ‘More Than This’ is inspired by a heartbreaking situation of a mother struggling to provide for her children, something you witnessed first hand. Were you able to keep in touch with the woman and share the song with her?

Unfortunately I didn’t keep in touch as at that time in the world everything was a bit all over the place. However this song is not just about that particular family – it’s about all the other people and families who are sharing the same story, going through the same difficult time. Everybody was experiencing a strange shift at the time, I just wanted to document it and tell everybody’s story in the form of our music.

It’s really moving to see your support for fighting poverty, homelessness and hunger – not only through music but in your actions too, donating your video budget to charity. Can you share more about your work for The Trussell Trust and GoFundMe campaign?

I think if you have a platform, and the ability to use it to make positive change in the world, then you should do so. It’s something that’s close to our hearts and we can’t just sit there and watch it happen without feeling like I’m doing something about it. If we can express ourselves through art and music and make change for the better then why not do so. The work that The Trussell Trust has done so far and continues to do so is significant in helping those in need in difficult times. We just want to help in the best way we possibly can.

You’ve described ‘More Than This’ as a rally call, what do you hope people feel when they listen to the album?

We want people to feel inspired by the topics we sing about, whether that be poverty, mental health, trauma & addiction or love & loss. These are all close to the bone taboo subjects but I’d like to think that people can relate to them and feel a sense of comfort and belonging in our music. Rock’n’Roll can have immense healing powers, you’ve just got to let it take over you sometimes.

Is there a particular song that personally stands out to you on this album, and why?

My favourite is “Losing Streak” it’s about my experience and battle with mental health and substance abuse. It’s an all out rock n roll song that holds no prisoners. I’ve bared my soul out into these pages and this is one that I feel has everything a fantastic rock n roll song should have.

What was it like working with the incredible producer Adrian Bushby and Dan Austin on this project?

It was a mesmerising, incredible experience working with these two absolute legends. In this game you’re never complete, you’re always learning, continually striving to be better. When you work with producers of this calibre you do exactly that, strive for perfection day after day. Plus they’re great guys so we had a right laugh and that’s what this is all about. Having fun.

Do you have plans to release any more singles and videos before the album comes out?

You’ll just have to wait and see won’t you!

With so much raw emotion and pent-up frustration expressed through your music, how do you decompress after a show or intense songwriting session?

You’ve toured North America this year, and will be touring Europe and UK next year, which other countries are on your bucket list to perform in?

We would absolutely love to go to Japan. Playing at Fuji Rock would be incredible. Australia and South America are definitely on our bucket list too.