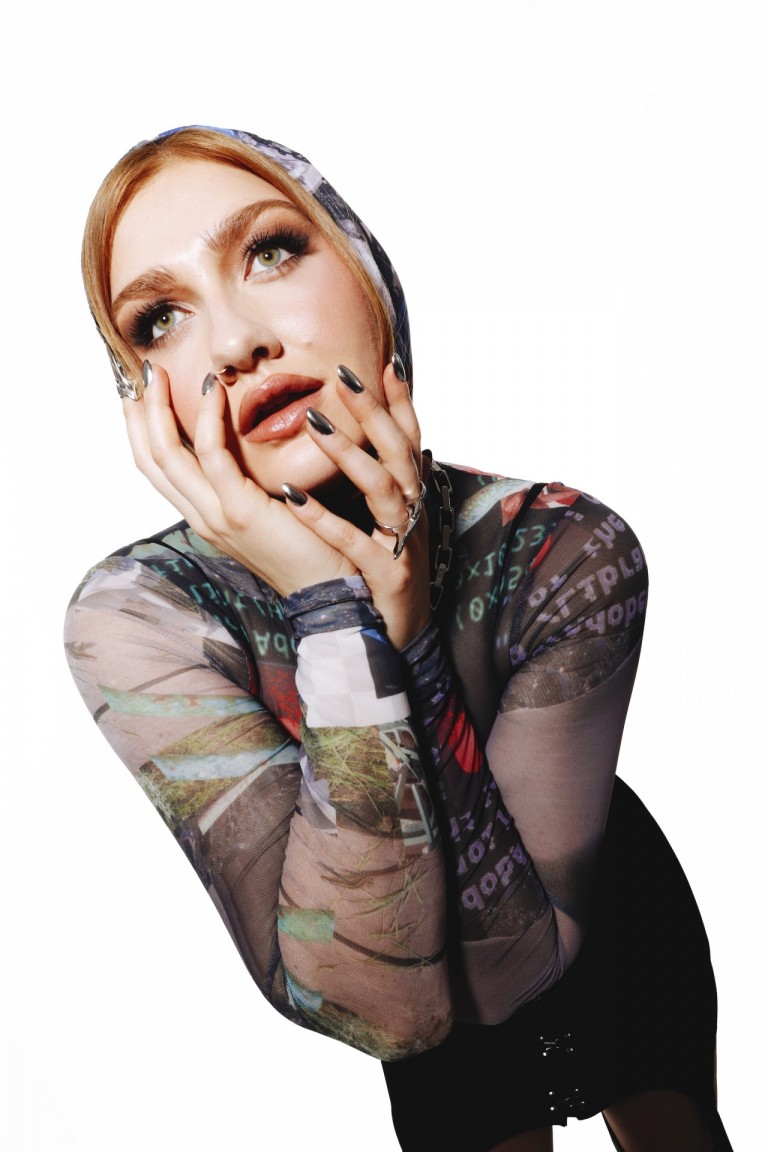 Olivia Lunny is Canada’s fiercest pop powerhouse. Her striking songwriting prowess has earned the 23-year-old the prestigious nomination for Pop Artist of the Year at the Western Canadian Music Awards, a Top 40 smash with her euphoric release “I Got You” plus an army of devoted listeners who’ve joined along the way. Needless to say, Olivia is well and truly owning the industry.

Sharing her self-titled debut album last year, Olivia has since racked up an impressive 15 million global streams for her captivating songwriting and sublime soundscapes, and when blended together packs an almighty punch of pop precision.

The recent unveiling of her single “Wonderland” peaks into the rabbit hole to unearth childhood nostalgia and the magic felt in our youth. To unpack this and more, Noctis Magazine reflects on the last year (…and peaks into the future) with the star herself.

Hi Olivia Tell us something exciting that you’ve been up to lately?

I’m currently on tour with Tyler Shaw!! It’s been amazing. So excited to continue sharing these new songs live with everyone.

The hugest of congratulations on the release of ‘Wonderland’ – how long have you been holding onto this track for?

I wrote “Wonderland” exactly 1 year ago. It’s so interesting to hold into music- sometimes by the time you release it- it feels less relevant. For “Wonderland”, it still felt really special one year later so I’m thrilled to have released it!!

This track was inspired by the childlike magic you felt after a Charlie and the Chocolate Factory rerun – name us a few of your favourite movies from your childhood.

“Wonderland” is a sensational pop track, how was the collaboration process alongside exclap and AJ Healey for this song?

Exclap is simultaneous with AJ! Him and I have been long term collaborators for about 4 years now and I wouldn’t have it any other way. We make such complimentary writing partners and he’s able to get the sound I articulate very easily. I’m very excited to continue my musical relationship with him as I grow as an artist these coming years.

Tell us all about the glossy music video you released for this track. It’s gorgeous!

Thank you so much! I worked with Sam Leviton on this project. We collaborated on the general idea then I told him to run with any creative direction he felt would suit the song! I’m beyond happy with the final product and feel that this video truly represents my current music direction!

We mustn’t forget your debut self-titled album that you released last year – that must’ve been such a huge moment for you?

It’s one thing to release a single, but to have a full-length project that tells a story and encapsulates my full artistry was a dream come true. I’m so grateful to have worked with so many amazing artists and established producers on the self-titled album!

How did you celebrate the release of the album? Were you surrounded by friends and family?

With this line of work there’s so much travel. Wherever I am when a song is coming out, I always celebrate with the people I’m with. Whether that’s family or a close friend, I always try to take a moment to celebrate the song and appreciate that moment!

8. “Wonderland” is your second release of the year behind the infectious “VIBE CHECK” from earlier in the year. Are these two releases due to be part of a bigger project in the future?

For now, these songs will stand alone as singles. That being said I have so much more new music and plans of releasing new songs in the new year so stay tuned…!

9. What can you spill to us about any upcoming collaborations/sessions? Anything exciting in the pipeline?

I’m just coming off of a month of writing in LA. I wrote so many songs this past trip there and I’m so pumped to share with everyone.

10. You’re always being labelled as a ‘one to watch’ but we’d love to know who your ones to watch are currently?