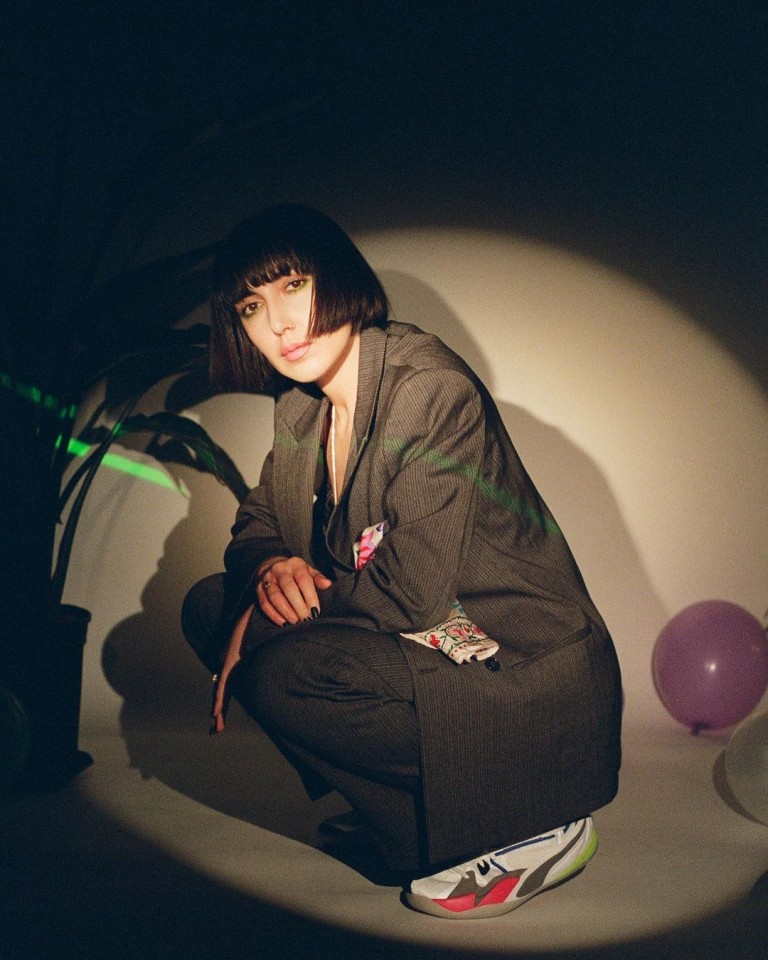 Storry’s story is like no other. She is no stranger to hardship and that’s what makes her an unwavering force of talent. Her story is all too familiar to women – fleeing an abusive relationship and on the journey to finding herself again, Storry is both vulnerable and fierce. With the release of her debut album, CH III: The Come Up in 2020, she seeks to spread truth by tackling the themes of relationships, identity, family, and the adversity she’s faced pursuing a career in the music industry to her audience.

On the lookout of building a more inclusive community, Storry consciously collaborated with Indonesian-born, Canadian-based producer Jeia on her new single ‘House & A Range.’ Unconventionally dedicated to her Mum, the remixed track is deep-rooted in R&B with an underlying range of elements from dance music complimenting Storry’s formidable vocals. Self-written, produced, and funded, she is here to be heard and she’s not holding back. Through this album, get to know Storry herself, and keep scrolling to hear and learn more about her exciting new collaboration with Jeia.

What is the meaning behind ‘Storry’? If you could summarise her in one word – what would it be?

STORRY is my chosen name. It’s the alter-ego that helped me get out of an abusive relationship. But the word ‘story’ is a beautiful lie. Artists – all humans – are storytellers. And stories aren’t the whole truth but a narrow perspective and reiteration of the truth. Through these stories we have the power to shift minds and belief systems. I try to tell stories that can positively push culture forward.

How did you first get into music?

I’ve been singing into a microphone since I could sing my ABC’s. 🙂

What was the first album or piece of music you bought for yourself, and what was the medium?

Celine Dion or Whitney Houston or Lauryn Hill were my first CD purchases. Not sure in what order though!

Could you tell me more about the meaning behind ‘House & A Range’?

House & a Range was written for my mama. I talk about how I don’t really care about riches or fame and that my main drive is to impact the world by making timeless music with a message, but I’m still human… My ego still wants the world to be singing my songs, and I still really want to make my mum proud and buy her a house, get rid of all her debt and get her a sick ride.

How did the collaboration with Jeia come about?

Another talented producer friend of mine introduced me to Jeia and I was blown away by her talent. First and foremost, I’m looking for the best talent and Jeia was it. I’m also always trying to build more inclusive spaces in music and so I had been looking for more female identifying producers, queer folks and POC, artists and musicians to bring into my circle.

What was your first initial reaction to Jeia picking that particular song?

I was really happy she picked that song because I cry nearly every time I perform that track and I didn’t feel like it got the love it deserved with the initial release. It’s really an odd song to write for a mother. It’s not what you would expect. There’s swearing and references to exotic dancing. It’s not sappy, that’s for sure! When I first wrote the song, I had done it to a hip hop loop beat and it was supposed to have a more fierce delivery. It didn’t end up getting produced that way in the original version, but I think Jeia immediately understood my initial inspiration and brought the sauce. The first draft of the remix was so dope, I decided there and then that I wanted to work with her on my next project and that’s already in the making.

What are you looking for when selecting producers to collaborate with?

I’m looking for people who are better than me at their craft so that we can come together with our different strengths and elevate the art. Though I’m always looking for the most talented person, I’m also looking for diversity in lived experience and musical taste, someone who has the interest to explore and experiment, someone who plays with different genres and understands both live and programmed music, someone who’s hard-working, who respects my artistry and shares a similar sonic vision, and someone who’s reliable. I cannot tell you how many times I have to chase producers and push deadlines. I’m blessed that Jeia encompasses all the amazing qualities and more. She’s a beast!

If you could pick any other one of your songs to be remixed, what would it be and why?

I would love ‘F*** Me Good‘ to be remixed – I feel like this song should have been a single. People LOVE watching me perform it live. It’s so belty and sexy and gets people all tingly. I think it would make a delicious remix.

Which musician would you like to collaborate with next?

Honestly, sooooo many people. But if they don’t have the integral traits I mentioned above, I’m not interested. For me, it takes more than talent. If you’re a shitty person or are too flakey, I don’t wanna work with you. So, if Anderson .Paak has all the good caring qualities, bring it on! He’s my favourite current artist and musician and is definitely my dream collab. When I get to make a song with him, that’s when I’ll know that I’ve made it.

What can we expect from ‘Storry’ in the future?

A LOT more music. Another single is coming out June 16th. And I’m working on my next album as we speak. Another Chapter?! The best way to stay up to date is my email list www.storrymusic.com/contact2 and of course, all the socials @storrymusic