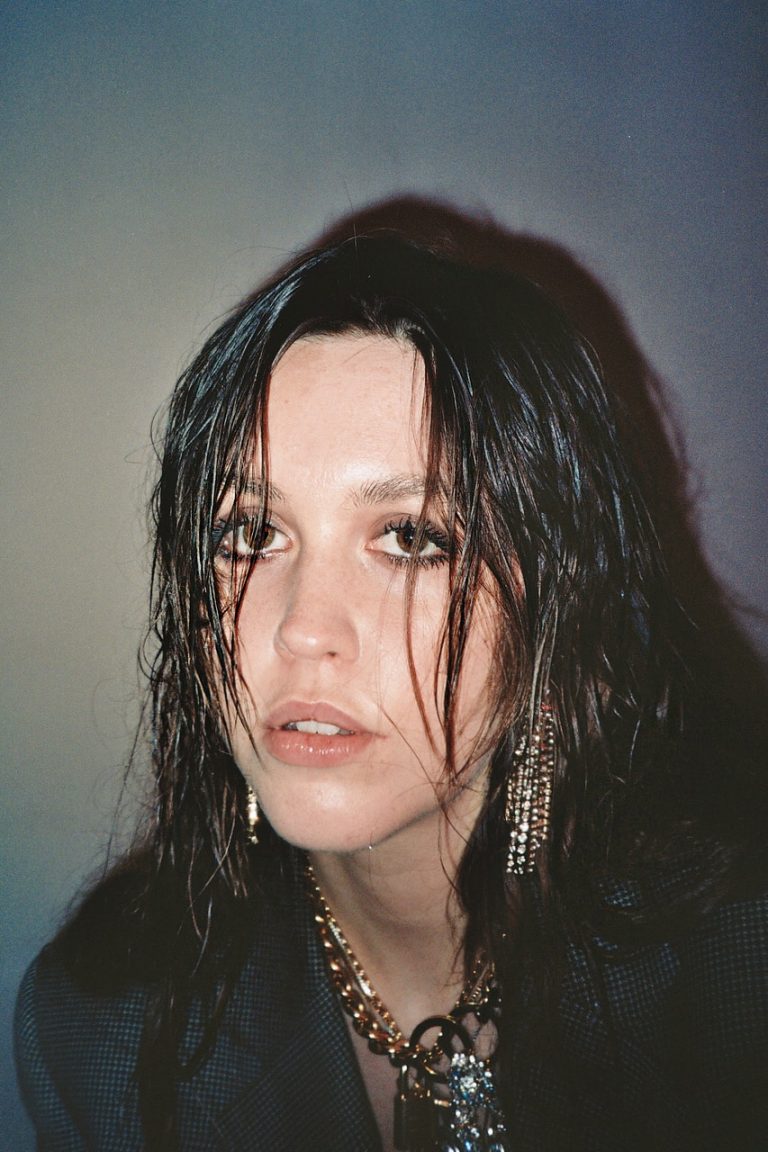 The Road to Recovery with Elle Yaya

It’s the second time I’ve interviewed Elle Yaya; the first was on Foundation FM for a ‘Trash Like You Records’ takeover and both times have been moving and intimate. Adorned with layers of jewellery and dark eye make-up Elle’s ‘cool girl’, almost intimidating appearance is a contrast to her softly spoken voice, gentle demeanour and old soul. Elle takes no time at all to get deep, making you feel trusted and allowed into her world. Much like the juxtaposition that Elle Yaya is, her brand new album ‘Pharmacy’ is the same. Painful stories from her past are dressed up with straight-to-the-point lyrics and hard hitting production. Over zoom Elle reflects on her journey thus far, the process of making the album and what she’s learnt along the way.

Your journey into music began far earlier than most, you started writing music at 14 and within 18 months you were signed, how did that happen?!

It started as a hobby, playing covers on my guitar and learning songs on the piano. I had started recording myself and just sticking the videos up on YouTube; I was getting no views until it caught someone from the industry’s attention and I ended up with a manager when I was 14. In that time I’d started to write some songs – before that point I’d never written my own songs, I had only been doing covers. I ended up writing a few tracks and my manager hired out a studio so I could get some demos recorded. The studio they hired out belonged to a guy called Paul Epworth, who’s a really renowned producer, he produced all of the Adele stuff, Florence and the Machine, Bloc Party, to be honest anyone you can think of he’s produced. Anyways whilst I’d recorded he wasn’t there but because the songs were there on his computer he found them and then within 18 months I was signed to his record label which was an subsidiary label off of Universal.

Wow, everyone at your school must have been so excited for you – that’s not something that happens to most 14 year olds!

It was weird because it was almost like, I’d just started the hobby and hadn’t even thought about it becoming a job. I feel like maybe I didn’t get enough time with it actually being a hobby. I had this beautiful organic hobby and then suddenly it was work, don’t get me wrong it didn’t always feel like work but in hindsight I wish that I’d spent a bit more time nurturing it without the pressure of thinking, I have to send this on to someone and I hope that it sounds good. I guess that was when the inner critic was really born, I was hearing my songs through other people’s ears rather than learning to trust my gut. It really does make you a perfectionist, I think I’d be a perfectionist anyway don’t get me wrong but it taps into it in a way where I think sometimes I could have a really good idea but the thought of playing it to someone or playing it to the label or whatever I think it just kind of clipped my wings.

When I was signed I had a full team around me, and from the age of 14 to 18/19 I was still in development really then once I had a catalogue of tracks I signed with Island Records and released through there. Essentially I was shelved from the moment I got there, and then was stuck there for a little while. During that time though there was a real buzz, there were radio pluggers and lots of interest and it felt really exciting but to be honest the music I was putting out and the campaign as a whole it just wasn’t me. I always felt like I was constantly being compared to whichever fucking artists they worked with before, I always felt like I had to say I’m not like them.

The thing with major labels is they often have a box that they want to put you in and if you don’t fit in that box, goodbye and that’s essentially what happened to me. It was definitely an adjustment, in the year that I knew things weren’t going to carry on at Island and that I’d been shelved, I wrote a whole bunch of tracks. I was depressed and in the throws of addiction I was just like this walking tornado and that’s when I wrote the album. The difference now I suppose, is it’s just me and my manager – it’s definitely asking a lot more favours from friends, and spending money out of my own pocket, it can be tough but the best part about it is I can just do whatever I want! I can release stuff whenever I want, and now that this albums out I’m looking forward to not having a campaign that I have to stick with. [Elle Smiles] I can just do whatever I want, when I want!

Tell us about the new album and the meaning behind it…

So all the songs were written in the space of about 18 months, it was at a time where everything in my life had come to a head. There was a lot of past trauma that I’d never dealt with, I was carrying a lot of resentment and my way of dealing with all of that along with not having any responsibilities was to get absolutely fucked up on drugs and alcohol. I was in this cycle of spending half the week in binges that would last a couple of days and the rest of the week swearing you’d never do it again, then there I was a day later doing it again.

In the midst of all of that I was writing the music, when my drinking wasn’t getting in the way of it. By then I’d written a load of things, I hadn’t really thought about piecing any of it together or it being part of a bigger project, it was just stuff that was coming out but once I’d come back from treatment I was just curious and I had a listen through it all, I realised that I was essentially screaming for help and each song was representative of a fork in the road. The process was medicinal, without those songs I don’t think I would be where I am now – when you write things you feel it especially when you’re feeling shit, it all just kind of feeds it. In this weird way I honestly feel like writing the album helped me to get treatment cause it brought everything to light.

As soon as you had listened back to those tracks and realised the significance of them did you immediately feel it was important to talk publicly about the issues like addiction, depression and PTSD that you’d been through?

I’m not blaming the music industry or anyone for my addiction but you know, drugs and alcohol were around for the vast majority of my time in the industry. I’ve always been quite an introverted extrovert, I used to say I was a very open person but clearly I had a lot of secrets and if I was suffering I would keep that to myself. I guess in terms of sharing the album and sharing the songs I just wanted to get my experience out there. When I came into recovery or when I got well I honestly thought that I was the only person in my 20’s going through that and that alcoholism was something for people in their 40’s and above. It would be nice though if anyone had any identification from it, to be able to present the album from a place where I’m so much better now, to be able to go look this is what I went through and you can get better. I feel like it would be a waste not to share that, even if it helps one person that’s enough for me. It helped me, so I guess even that’s enough for me.

For anyone that feels like they may be struggling with any of these issues that you talk about on the album – is there any advice would you give to them?

I’d say that as soon as you say something out loud you take the power away and secrets can eat you up, secret behaviours and how you’re feeling are always better out in the open and if it’s a difficult conversation it’s always better out in the open. We lose a lot of people to addiction, people die every day, there’s always a way, there’s also a different and better road to take. It’s such a serious thing and it really shouldn’t be taken lightly, sometimes starting small and just telling one person how you feel can take those voices in your head away and everything can become quieter.

Now that the album’s out, what’s next for you?

Probably to get back to where I should have been at 14, which is enjoying the hobby, making music on my own terms and experimenting without anyone’s approval. I want to fall in love with creating again. I hope that now that the projects out I’ll have the freedom to put out singles and see where it takes me.

What are your most three listened to tracks right now?