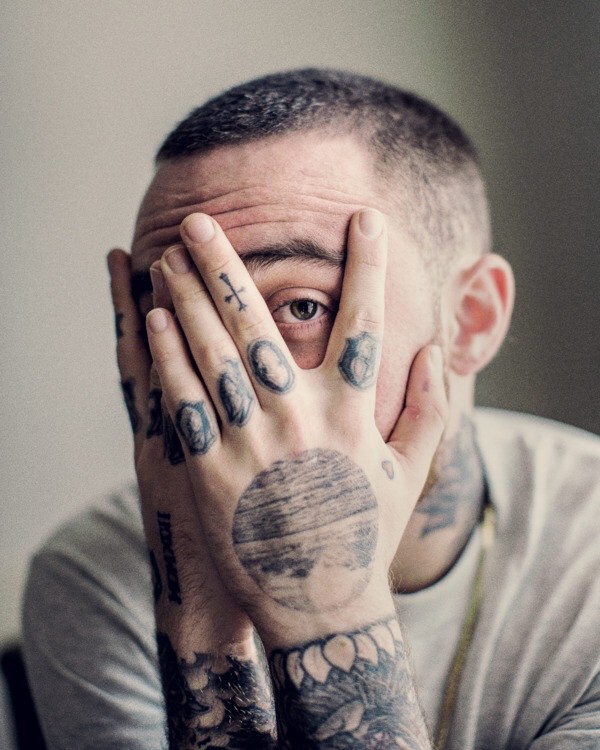 The Unapologetic Power Of Mac Miller

What makes writing this letter even more difficult is having to use past tense in everything I have to say about you, Malcolm. For me, you are still here. I refuse to believe that I will never ever see you perform, talk or hear you laugh. I refuse to say things like ‘Mac Miller WAS a beautiful human with the kindest heart’ because he still is all these things.

As heartbreaking as it is, Mac, you chose to leave and share your talent with the other universe. I am not going to analyze your previous interviews and every single little thing that acts as evidence of your struggle with depression and substance abuse. You are more than that, and you deserve to be remembered for your passion for music and for all the good you had done.

After two days of nonstop crying and blasting your music, old and new, I am ready to say goodbye. No, scratch that. I am not saying goodbye. With this letter, I am letting the world know how unconditionally I love you and what it means to be your fan and how your music impacted me and my life. I believe that this is a better way to pay tribute to you and your music. Media can do its thing and dig deep into your past and search for clues, but people that love you are sharing memories of you and how your spirit is still shinning bright.

I remember the first time I heard your song. A friend of mine showed me ‘La La La La’ and told me: “This kid is only 16-years-old and look at his bars, he will be huge one day”, and no one predicted how big you would actually get.

Mind you, back in 2010 I was a 15-year-old girl from Slovakia that hardly understood what you were saying. At the first instance of hearing that song, I knew I had to find out everything there is about you. And that is exactly what I did. I remember losing sleep over your videos ‘High Eyes’ and ‘Fun 4 Everyone’ where you took your fans on your tour and captured what it was like for a teenager to travel the world and sell out shows. Those videos are what sold you, man. You always smiled, laughed and made jokes. Your goofiness was so pure; I am glad you never let go of that sense of humor.

A few years later, one of my best friends Maria surprised me with two tickets to see you in Prague. It was a concert I will never forget. Maria was determined enough to get me as close to you as possible. We ended up in the second row, sweating our butts off, but it was worth it. After the concert, we found ourselves alone in Prague still buzzing from your live show. Our energies were so high, that we ended up ripping two posters promoting the concert off of a random brick wall. You would be surprised, but I still have it framed in my childhood house.

My teenage years weren’t the easiest, but whose are, am I right? I was going through some dark stuff, but somehow your music helped me to escape my world. Your song ‘Clarity’ spoke to me like no other song before. It gave me strength as corny as that sounds. You touched upon a topic that was super taboo back then with lyrics saying “Sendin’ my love for girls who got some cuts at their wrists, hope you found what you lookin’ for.” I never thought I would publicly talk about this, but mental health is a subject not discussed enough and hopefully, the year 2018 would mark the end of it.

As funny as you were, see the past tense again, it is breaking my heart every time. As funny and goofy as you were, you never shied away from talking about the struggles and the real stuff of being a person. All your interviews were a worthwhile and rewatchable experience.

In one of your Breakfast Club interviews, you said something I would like to share: “One of my things is that I want to be able to not be the THIS guy in music. I don’t want to be the drug guy, not be the love guy, not be the depressed guy, the happy guy. I’m trying to capture what it means to be a human being which is all of those things. It’s like nobody is just one thing. It starts to feel a lot like very branded like when you go, and you order this, and you know what you’re going to get. Everyone is so much more dynamic than that and people need to stop expecting anything from anyone”.

“Everyone should see a therapist man and I think it’s something that is pushed like and shunned in the society where like the brain is part of your body that needs a checkup just like any other thing. You’ve got to embrace your own crazy in a positive aspect”.

Your next project ‘Watching Movies With The Sound Off,’ again some of your best work gave us some of my favorite songs and lyrics. Your lyricism is more than just words. It is poetry: “People love you when they on your mind, a thought is love’s currency, I wish you caught me on a different day when it was easier to be happy,” from ‘Objects In the Mirror.’

Speaking of lyrics and poetry, another song that I believe is still very underrated is ‘America’ featuring Casey Veggies & Joey Badass. First verse Mac, some of your best work to this day. Those lyrics are what made you one of the most talented names in hip-hop. And yes, you’re going ‘to live forever because a legend never dies’.

“I’m, in a room filled with holographic images

I’m a live forever, cause a legend never die

See the world as simple, but complex in the design

I spent some time just thinkin’

Where did that get me? High, more drinkin’

Now my head empty, so can it last a couple minutes more?

Bear witness while I’m checkin’ bitches off my hit list

Try to understand the fuckin’ message I encrypted

Until I figure out that the perfect world a lonely one

Never hold my tongue, vocal is a loaded gun

Mac Miller, I’m the only one

But I’m the coldest one, this is pandemonium”

‘Watching Movies With The Sound Off’ is also very special to me because it has ‘Youforia’ on it. Why do you ask? At 18-years-old, I decided to have the word ‘youforia’ tattooed on my ribs. Even though I made up my own meaning of the word that is very close to my heart, I also got it to make my love for you permanent.

Everyone tried to identify you as a corny white rapper, box you in and not let you be anymore than that. Your way of fighting back was to constantly reinvent yourself. You liked to come up with alternative characters like the smelly ‘Larry Fisherman,’ the psychopathic ‘The Delusional Thomas’ and the jazzy, loved up ‘Larry Lovestein’ that only showed how versatile of an artist you were.

Your gradual evolution over the years will guarantee you a place in the hip-hop world forever. And, of course, let’s not forget that ‘Blue Slide Park’ was the first independently released album to hit No. 1 since 1995. Even though it isn’t the critics’ favorite, you gave us ‘Swimming’ before you left. An album that is not that all depressing. It carries a feeling of nostalgia and overall peace. Your performance on Tiny Desk is what will be shown for decades. Especially the performance of ‘2009’.

You were more than just a rapper to me. I know we never met, never talked in person. But you are a part of the reason why I chose the career of a music journalist. I believed that one day I would get the opportunity to interview you, but that is not going to happen now and I will need to come to terms with that. Time heals everything right?

It is not just us fans who you left heartbroken after your passing. Rappers, singers, radio hosts, friends, and family are sharing memories of how you impacted and brightened their lives. Your kind heart and soul is what made you a fantastic person, but your work ethic is what made you a legendary artist. Complex shares a clip of Macklemore saluting your dedication to the art: “Mac just kept going with the art. That’s what he lived, what he breathed, what he did nonstop. I think it was a testament to the art that he put out to the world. He was a true creative in that sense. He was music. He breathed music. He was that dude that sacrificed everything for his craft and kept going. I remember leaving just super inspired by the way he would work as an artist”.

Artists like Elton John, J. Cole, Drake, and Miguel dedicated their shows to you and your memory. Childish Gambino went on and emphasized how you played a major role in the era of internet music kids. Despite being criticized for being too corny, Gambino stressed how “you’re nobody’s narrative, we’re all way too complex to be a narrative”. And that is why you stood out in the industry. You went by your own rules and you did not compromise to anything less than extraordinary.

Ebro from HOT 97 admires how you weren’t someone who would just chase trends and what’s hot in hip-hop.  You were your own person who lived for other people and for your passion for music. You and Wiz Khalifa were the early prodigies of internet hip-hop and built an amazing blueprint for touring. You used your platform to shed some light on other new artists who you took on tour in the early days of their career. Artists like Chance the Rapper, Action Bronson, Vince Staples and the Internet just on one tour. You put people on continuously, it was your thing.

You were a rare musician. You rapped, you wrote, you sang, you played instruments, you produced, you did it all. There has to be a greater meaning to this. Maybe the lesson is to check up on each other. To not be ashamed to feel emotions and feel sad time to time.

You weren’t done yet.  You constantly evolved as a musician and as a person and your music is proof of your musical genius. You never glorified your depression; you only shared your emotions. For people like me, it was a testament to not being afraid to speak up about the darker thoughts. You taught me that it is okay to feel what you feel. You taught me that not blending in is okay. You taught me to embrace my weirder side and to be who I am.

You took away the pain, and I thank you for that. You will be truly missed but always loved and never forgotten.