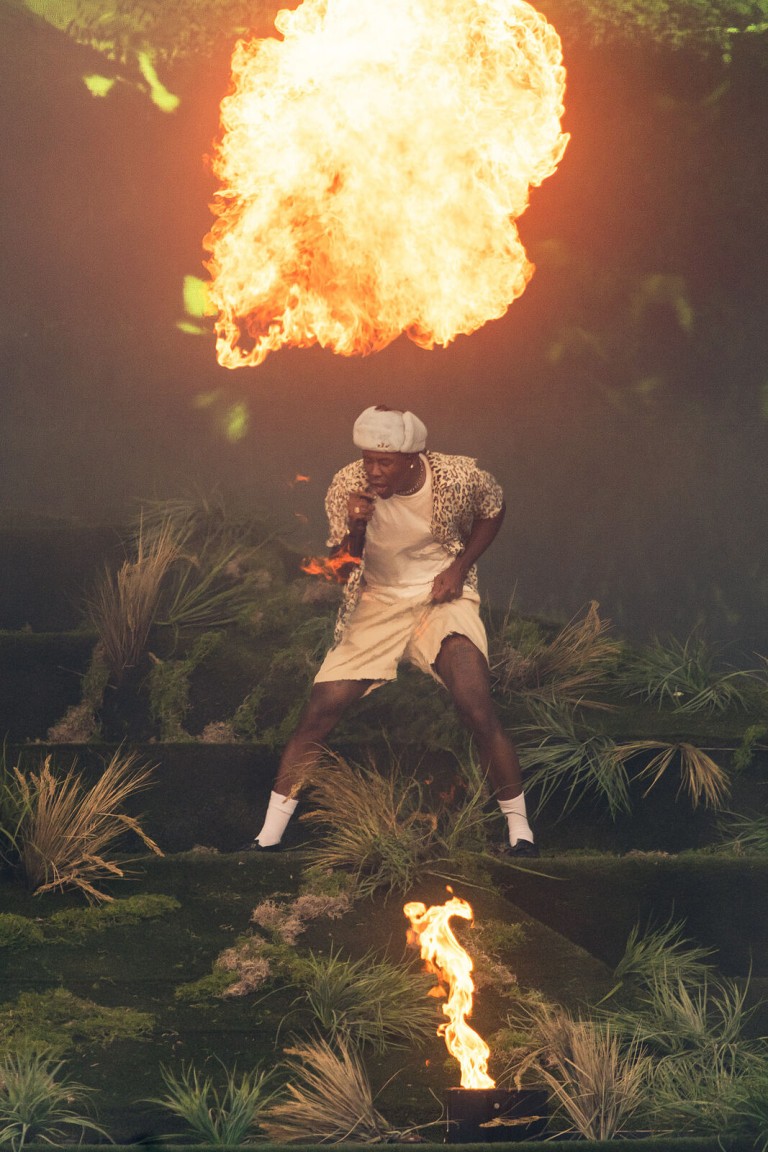 Blessing us with its beats since 2005, Wireless has officially become part of capital city culture. If you don’t spend at least one day sweating and seshing in tightly packed crowds with fellow rap lovers, consider your ‘Londoner’ status rescinded. With an ever-growing roster of ravers and artists making their way from across the UK and, for some continents, it’s no wonder the festival has been crowned Europe’s biggest celebration of Black music.

Kicking off 2022, Crystal Palace saw hip-hop heads pile in to get their yearly dose of dopamine and feast on the famous atmosphere that comes with every Wireless event. With scorching weather across the weekend, what can only be described as a LIT line up and two stages to soak in the sun and sounds, it’s safe to say the fire in festival goers’ stomachs was well and truly alight, with only two things on the agenda; scream lyrics alongside their ride-or-die rappers and of course, create mosh pit moments to remember.

YouTube Shorts were on hand to supercharge the Wireless experience at the Shorts Stop, where fans were shooting YouTube Shorts live and direct from the festival in specially designed booths representing the worlds of Lil Baby, Mahalia and Central Cee.

Making his way to the Main stage to set the mood for day one, Trippie Redd made sure ‘Topanga’ had a space on his set list to the elation of Friday’s festival-goers. As the beats began to sink in, everyone basked in the blaring vocals falling from the speakers, gearing themselves up for three days of dancing and disconnection from the real world as we entered a dimension of drill, grime and R&B.

Appearing as the afternoon sun began to set in, fellow American rapper Lil Uzi Vert came in full force with a seemingly endless flow of rave-ready rhythms sending festival-goers flying around to the sounds of ‘Do What I Want’ and ‘POP’. Followed by The Kid Laroi, the arrival of A$AP Rocky was a topic on everyone’s lips, his name buzzing through the swarm of sand-covered fans.

As A$AP ascended to the stage, the atmosphere was thick with expectation following the cancellation of his previous Wireless appearance in 2019. The park was packed with fans twitching to hear the postponed performance and lusting to get a long-overdue look at their favourite artist. Opening with the fitting track ‘A$AP Forever’, the crowd descended into chaos as he made his way across the stage, his set lined with floor-to-ceiling inflatable crash dummies, tuning in to the aesthetics of his 2018 album ‘Testing’.

Taking us on a journey of highs and lows, feet pounded the ground as festival-goers bounced to ‘Sundress’ and ‘Praise Da Lord’. As confetti cannons exploded and rained down on the crowd, as did their energy, an eruption of pure ecstasy before coming back to the earth beneath them to the slow, emotional melodies of ‘L$D’. Closing the set (somewhat reluctantly) with a bang, fireworks exploded overhead, blending with A$AP’s final track. With spirits high and excitement still lingering in the air, the stage lights dimmed and anticipation for day two set in.

Kickstarting the second day sounds, vocals from Ari Lennox and Nines warmed up the venue, hyping up a sun-soaked crowd as people prepared for the start of Saturday’s most talked about appearance, Playboi Carti. As expected, energy erupted across the arena, electrifying attendees from the first echo of his rap-rock fusion, and in classic Playboi Carti style, he commanded a never-ending cycle of mosh pits and, of course, people complied.

Over on the Trapstar stage, London’s hometown talent came to represent. Ms Banks brought her South London sound to yet another UK festival (she has been on fire this season), and East London rapper Potter Payper’s cult following watched proudly as he delivered his second Wireless performance.

Take a wander back to the Main stage, and you’d find J Cole winding down the day with a classics-packed set including ‘Wet Dreamz’ and ‘Middle Child’. With die-hard fans packed into the masses, others dancing on the outskirts and some relaxing to the melodic beats in the distance, two things united festival-goers alike as J Cole reeled off his final track ‘No Role Modelz’. A sense of euphoria and the chant “Don’t save her, she don’t wanna be saved”  as the festivities came to a finish.

Filing into the Crystal Palace venue for the final day, crowds gathered one last time for a Sunday sesh, the unrelenting vigour remaining intact as Little Simz belted her Top Boy soundtrack ‘Venom’ across the venue, barely pausing for breath between her delivery of ‘Woman’. In the aftermath of her flawless performance, Roddy Rich hit the stage ready to rile up TikTok addicts with a rendition of his viral anthems and ‘The Box’.

Saving the best for last Sunday’s final and possibly most anticipated artist of the weekend came from none other than Tyler the Creator. Sauntering across the grassy-mountain-top-inspired set, fans held their breath, “Someone tell Theresa May I’m baaaack!” he taunted, referencing his four-year UK ban, before launching into his opening track ‘Torso’. Taking us back to 2011 ‘Yonkers’ was met with an eruption of vocal applause and a warning from Tyler himself to put phones away or risk losing them to his next track ‘NEW MAGIC Wand’. As the light faded, dusk fell and that end of the festival feeling began to sink in, ‘Don’t go, it’s my fault’ echoed from Tyler’s microphone as he lay on the grassy hill in his lumberjack hat, with one final explosion of energy, he closed the set with ‘RUNITUP’ leaving ravers ready for Wireless 2023.