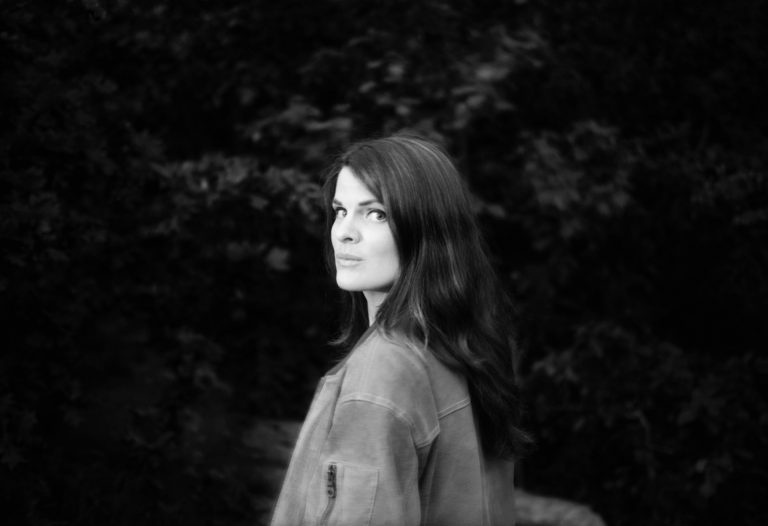 Swedish singer-songwriter, Tilde, made waves last year with the release of her Sophomore album Pink Moon. Across eight tracks the soulstress further built upon her passionate blend of soul and contemporary pop that she quickly became renowned for thanks to her praised debut album, Nothing Gold Can Stay. Emerging from the iconic music scene of Gothenburg, Tilde’s sonic output succeeds in bringing the age-old concept of romance into new, modern territory. In fact, much of Pink Moon serves as a poetic tribute to a soul-consuming love, that’s both heart-warming, and emotionally gripping from start to finish.

Now the artist returns with a visual instalment to the album’s title track, that dives into the project’s enthralling storyline even deeper. Channelling the cinematic qualities of her music, the video portrays the artist in a sombre, dreamlike state that reflects her subconscious. At first, Tilde appears driving in on a bright summer’s day, the next moment she’s transported, appearing amongst the stars, whilst at points seemingly trying to find herself amongst a cascade of candles, reflecting a ritual. It’s a unique visual story that perfectly encapsulates the whimsical journey that you experience when listening to ‘Pink Moon’, a track that at its core, is one of acceptance – that no matter which lane you choose to go down, you’re going to lose.

Tying in with the release of Pink Moon’s rather intriguing music video, we caught up with Tilde to learn about the inspiration behind the story, her creative process, and what we can expect from her throughout 2022.

Hey Tilde! Congratulations on the release of your latest music video. How did your creative path lead you into the music industry?

It’s kind of strange looking back because even though it seems like every road has lead me here ( I mean I started doing music from an early age and can’t really remember a time when music wasn’t a way of expressing myself ) the music industry was never like a plan or a goal, it just kind of happened.  At the core, it has just been about wanting to write, record and sing my songs.

You’ve honed a unique, romantic take on contemporary pop that oozes soul and emotion. Where did this style originate?

That’s a very nice description, thank you! Well I guess it’s me drawing inspiration from different types of music that I have listened to throughout my life but the base of it is probably my love for soul music. That is kind of like my home base that I have developed from.

You recently released your sophomore album Pink Moon, what was the inspiration behind it?

The writing process was inspired by a lot of things I was going through emotionally and around me. The world was shutting down, more isolation and time to reflect on things. With this album it was kind of like walking two steps down into my subconsciousness and writing from there and creating a universe for the songs in that space. That sounds super spaced-out but something like that haha. Then for the ”sound” I have a rather eclectic mix of inspirations but I was listening a lot to film scores at the time when we first started recording the album so that definitely had an impact on the sound of the album.

How would you say your style has developed throughout the album’s creative process?

From the first album quite a lot musically. I’d say that ”Pink Moon” has a darker tone to it than my first album and it is also a bit more introverted. My first album was more direct I feel in a way.

The creative process is always a bit of a roller coaster. For me anyway. You try things, explore, change your mind and try to create a universe where the songs feel ”at home”. Where the style is aligned with the emotion of the songs if that makes sense. Sometimes it is really fast and you kind of know right from the beginning where you want the production and style to go but with other songs it can take more time. With Pink moon I just knew that I wanted it to be rather dreamy and cinematic and that has kind of been the guiding star of the process.

You’re now set to release the accompanying music video for the album’s title track. What’s the visual story behind it?

The video starts when the video for one of the other singles Don’t Walk Down That Road ended and it portrays me walking into my subconscious mind where you kind of reflect on your life and everything. Then there is also a ritual which for me symbols leaving the past behind and welcoming new beginnings and giving space to dreams, hopes… Thinking about it a lot of the songs on the album are about that actually. Closing a chapter and beginning a new one.

Given the emotion that transcends throughout your music, do you think adding a visual element helps to heighten the song’s connection to the listener?

Definitely. If it’s done ‘right’. I guess sometimes it can move you further away from the ‘core’ of the song if it isn’t in tune with the emotion of the song. But yes, if works it can really lift a song. Also, everything is so visual today and everybody say it is so important to have a visual aspect to your music to keep people interested. For me I think it just feels good to play with another creative medium and have another dimension to the music.

Your beautiful ability to tell stories within your lyrics is integral to your artistry, but what fuels such material?

Thank you so much. Well, it is just about my life really. Coming from a place of being honest and writing about things that I have gone through, seen and lived – everything that has moved me. In a good way or bad way. Turning my darkest (well not always dark I guess) thoughts, feelings, and experiences into music.

But yes, for me the lyrics are very important and almost more important than the music. If I don’t feel the lyrics resonate with me or are ‘right’, I won’t record a song. I always try and just paint the picture in the most sincere way. I want it to flow, and I never overwork the lyrics, that will just end up sounding pretentious I find.

Hopefully we will get to play more gigs and it would be absolutely amazing to perform in the UK again. I am also going into the studio again soon to record some new music so maybe there will be a single or two coming out later this year!