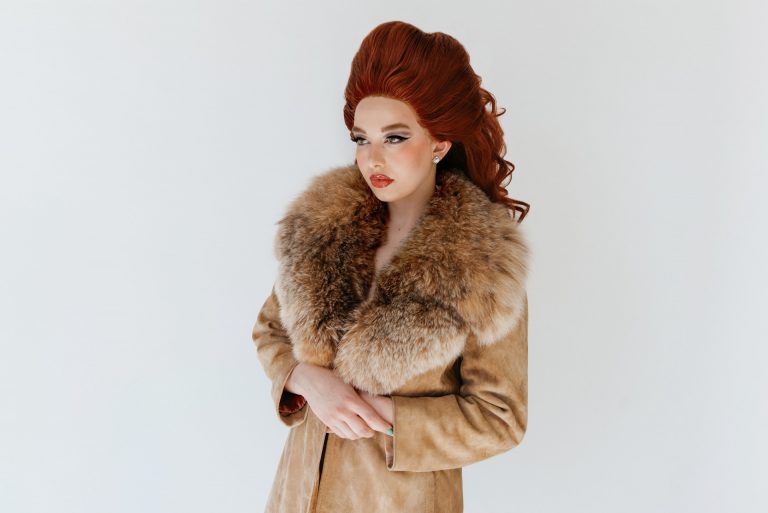 Canadian singer-songwriter, Tyra Jutai returns with some stunning visuals to accompany her latest single ‘FRIDA’. The alt-pop musician has been making some serious strides in the industry over the course of the last 12 months. Taken from her upcoming 6-track EP ‘You Weren’t A Muse’, ‘FRIDA’ shows Tyra’s unique vocal range, singing off the same hymn sheet as both Duffy and Paloma Faith. Whilst the single’s cinematic music video displays the artists eccentric personality, honing some rather gigantic wigs and a pastel colour pallet that would bring Wes Anderson to his knees. It’s quite the experience.

Explaining the inspiration behind the single, Tyra explains: “The song ‘Frida’ was inspired by a beautiful woman who tried to hook up with my boyfriend while I wasn’t around. I really fixated on the psychology of understanding going after someone else’s lover. When I say ‘were you tortured by the same things that I was, running around looking for love to steal’, what I mean is that both Frida and I were lacking love and trying to find it where we could. In my case, I was lacking respect in my relationship, and in hers, I guess it could be lacking attention or affection”.

Through the artists captivating songwriting ability, this story of a love rivalry is translated perfectly. The final outcome is a gloomy take on alt-pop, but it transports the listener into the world of her story, where in the process of fighting another woman, she sees the vast flaws in her relationship. Tyra further explains the storyline by stating: “She was such a beautiful woman and so wild, just like me, even in the short amount of time I knew her, I knew we were similar. It’s not really her I’m shaming in the song, but rather my ex. In the end I am thanking Frida for pointing out a world of trouble in my relationship that was bubbling below the surface, waiting for a catalyst to unravel it all.”

‘FRIDA’ truly shines when this story is bought together in cinematic form. conceptualised by Jutai and burgeoning creative director Piper Ellis, the viewer is taken on a journey throughout this romantic feud. The resounding emotion of jealousy and betrayal are ominous throughout, whilst the artist is seen wielding an assault rifle before taking her ultimate revenge. Despite its dark connotations, Tyra is seen as totally eccentric and completely at home in this cinematic environment. Set in a historic cinema, and oozing in pastel colours, the video is encapsulating and adds a whole new creative element.

Tyra describes the visuals by stating: “We wanted to create a world in which time and space are irrelevant, kind of like in Wes Anderson films, where you’re never too sure in what time period the story is happening. The mint-room scenes with me as the gun-toting Tyra appear to be the movie being screened in the theatre, but it also represents the internal mental state of the Tyra in the audience. The peach-clad blonde in the back of the theatre is Frida, also played by me, which demonstrates the fluid nature of jealousy in love triangles. The video echoes the song lyrics in showing how Frida is really pointing out that someone who is ready and willing to cheat will do so. The video is inspired by the themes of jealousy, revenge, decadence, and decay from the song. I also love cinema and cinematic music, so it only made sense to shoot most of the video in an old theatre. I also love drag and camp and anything dramatic. To me it isn’t over-the-top, it’s an outward manifestation of how I feel inside, and I think to convey those feelings visually to an audience, you have to go all out for a song like this”.

There’s something intimate about Frida’s artistry. The ability to talk so personally through her songs, whilst simultaneously having that tongue in cheek display within the cinematics shows an artist confident enough in her own skin and personality. It’s the display of eccentricity that makes you smile, and despite ‘FRIDA’S’ gloomy nature, after watching that music video, you can’t help but smile. Inspired by Golden Age Hollywood actress, singer and sex symbol Mae West and her classic 1933 movie I’m No Angel, we can only imagine how good Tyra’s upcoming EP will be.