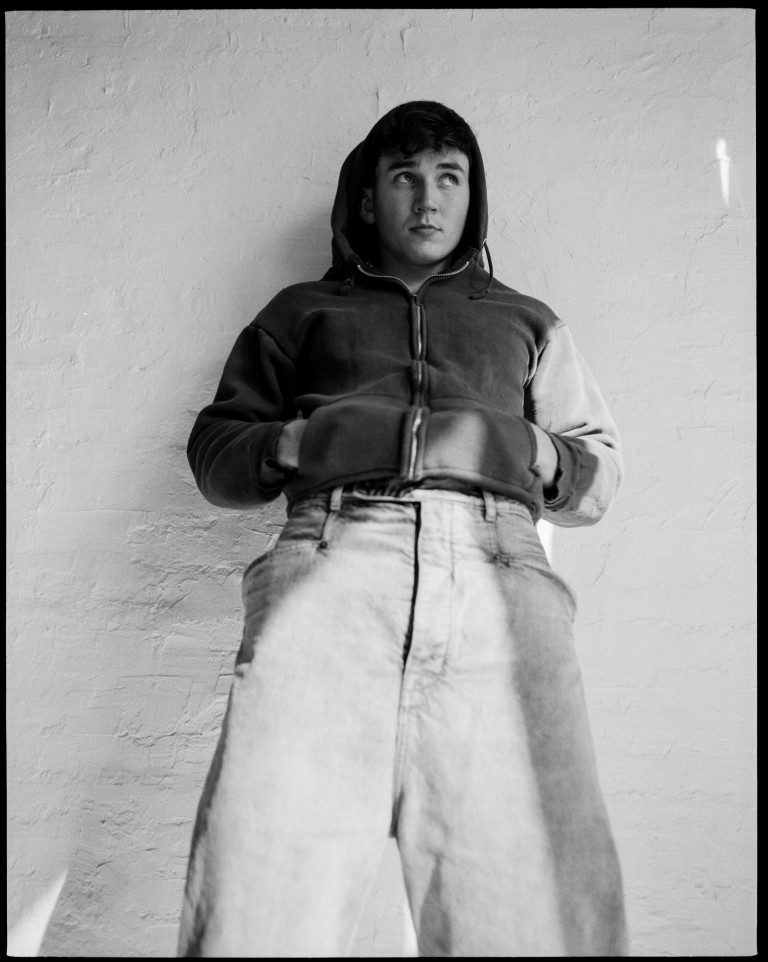 Introducing Zachary Knowles, an indie pop/r&b artist, and his new tune “Just Stay For Once.” This latest offering delves into self-doubt and how these sentiments may manifest into anxieties that damage love relationships, based on the artist’s personal issues with mental health.

Zachary has dedicated his entire life to this moment. He was born in Magnolia, Texas, and was smitten by the musical appetite at a young age when his parents gave him a light-up piano. He established a goal in his freshman year of college to release something properly, and he ended up with a series of well-received songs that led to his first EP of music, touching on inspirations ranging from John Mayer to Post Malone and, most notably, Justin Bieber.

He has completely stepped into his element with this new wave of indie pop music, continuing to showcase his authenticity and versatility as an artist. Capturing both the good days and the bad, listeners are invited into Zachary’s world as he navigates his own mental health battles while realizing that oftentimes he’s acting as his own goalie, holding himself back from personal growth.

Zachary’s music has a strong ethos, with over 70M worldwide streams, 1M+ weekly listeners on Spotify, and a loyal fan following of 100k+ across social media. He aims to establish deeper relationships with people around him by digging deep inside to discover the commonalities that bind everyone in this universe.

The track “Just Stay For Once” is art mimicking life, replicating the strain and tenderness of an argument with a loved one, as well as the self-reflection that arises when figuring out where you went wrong. The track is a synchronization of sounds – driven by fast-paced melodies, live-recorded drums, gnarly guitar riffs, and passionate electric violin strikes.

“Just Stay For Once” is accompanied by an official music video filmed, edited, and directed by Zachary himself. Viewers join him on an excursion to an abandoned race track, captured on an ancient Sony Handycam. The lively, driving energy of the song is created by fast handheld shots over the course of a month, producing the ultimate DIY feel.

In an interview with Zachary below, Noctis Magazine brings “Just Stay For Once” to the forefront and expands on his journey, to his solidified place in the industry now.

We read your parents encouraged you to explore your passion for music from an early age. You actually decided to quit sports to pursue music – what was that journey like? And how thankful are you after making that choice?

It was pretty tough at the time because sports were a comfortable place to be for me and all my friends were involved in it. I knew I needed to go after music but didn’t really know what it would look like or if it would even work out how I’d like honestly, so moving on from sports was scary at first for sure. It’s one of the greatest decisions I’ve ever made though. Even though I could’ve looked at it like “oh it’s just high school sports I can do music later” I’m not sure I’d be where I am now had I not decided to go after the music at that age.

What is the music scene like in your hometown Texas? Are there things you found out from being an artist that surprised you?

There really isn’t a music scene there haha. It’s a small town so there are not a lot of music venues or shows or anything like that. Going after the music was definitely taboo too, but I was surprised by the positive reaction I had to music once I started putting stuff out by those around me. It definitely gave me a push to keep going. Seeing that people could connect with my music was a really cool surprise too that made me fall more in love with it.

Your music is described as a new wave of indie pop music, can you elaborate on these genres and your music style?

That’s always such a tough question but I love it. I’d say it’s music that makes you feel good, and my hope is that it would make people feel heard too. It’s definitely a reflection of who I am and where I’m at in life at the time of writing. Sometimes it’s more downtempo if I’m feeling chill and sometimes it’s uptempo when I’m feeling energetic and just want to create something that cheers people up. I think the newer stuff I’ve been putting out definitely leans more indie pop though, but with every project, I always like to add some more chill, down-tempo type stuff that’s sort of this slower bedroom pop vibe.

And, what usually inspires your music? Personal memories, art, etc.

Definitely what I’m going through at the time or personal experiences from my past. I also love the songwriting process and the fact that you get to create stories, so sometimes I’ll talk about things I haven’t necessarily experienced just so I can put myself in other people’s shoes. I want to be a great writer, and I feel like if I’m going to do that I need to understand multiple experiences outside of what I’ve gone through if that makes sense. But, the majority of the time I’m writing about personal stuff or memories, yeah.

You explore self-doubt in your latest offering “JUST STAY FOR ONCE”, can you tell us more about this single?

Yeah for sure. It’s about self-doubt. When I wrote it I was thinking about this sort of conversation with myself, where one side of me (the confident side) was speaking to the insecure side of me, asking me to chill out and stop overthinking things. I’m basically calling myself out for overthinking and just asking myself to calm down.

How do you want the listener to feel when they hear “JUST STAY FOR ONCE”?

I just want people to connect with it, whatever that means for them. If someone hears it and relates it to something personal in their life like a breakup they’re going through and it helps them then that’s amazing. If someone hears it and relates it to themselves and how they may be overthinking things, that’s amazing. I love art because people can connect with it in so many ways, but at the end of the day, my hope with my art is that it helps people.

Alongside the track, you have released an official music video, shot, edited and directed by you. Can you tell us about the creative process behind these visuals?

Yeah, I originally knew I wanted to shoot a video for the song, especially once I found the racetrack that I wound up shooting it at. But doing it all myself was something I didn’t originally plan for. With this project, I wanted to push myself in new ways and really connect with the art and the process behind everything, so somewhere along the way I just got the idea in my head that I should do it all myself. I’d never really edited or shot anything like that, but the vision in my head for it was so clear, so I felt like I could make it happen. The nature of the song is more uptempo, with a lot of words so I wanted the video to reflect that as well. That’s why there are a lot of quick cuts, handheld shaky shots, and layered visuals, sort of to reflect the nature of the song.

Why do you think it’s important for artists like yourself to open up the conversations around mental health in the music they create?

I think art should be an expression of self over everything. If your art is an expression of self then naturally talking about real things would be a product of that. Talking about real things and vulnerable stuff is timeless. People will always be able to connect with those sorts of sentiments in music. Specifically talking about mental health though, there’s an opportunity there for a lot of people to feel heard and understood.

Describe how you see your music developing over the next couple of years.

It’s hard to say exactly because I like to think my music is a reflection of me, so as I change the music will change with me. I want to keep my options open and explore different angles and genres throughout my career so I guess we’ll just see. I’m loving the route I’m on right now and have a lot of ideas I still want to get out there, but I also grew up on R&B, folk, country, and other stuff that’s inspired me since I was little so we’ll see haha. All I know is I’m going to put my all into what I do and continue to grow as an artist and push to be better.