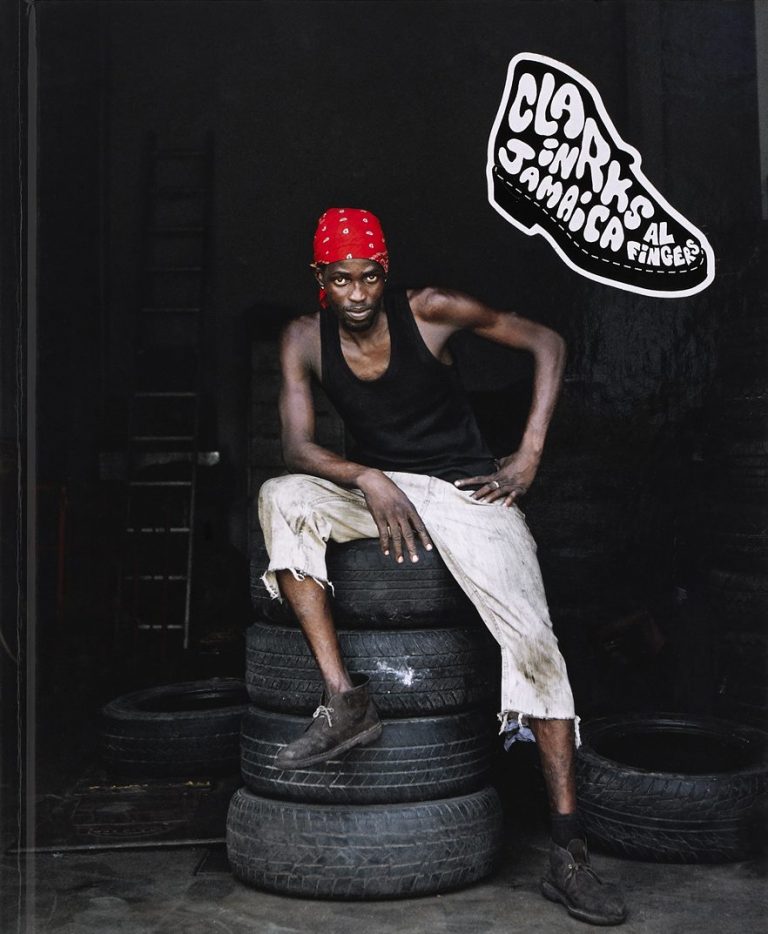 ‘Clarks In Jamaica’ | A Book by Al Fingers

Published through cultural historian, DJ and author Al Fingers’ One Love Books imprint, it reveals the history of Clarks in Jamaica, from the brand’s origins in Somerset, England in 1825, through to its arrival in the West Indies over one hundred years ago, the adoption of the Desert Boot as the rude boy and Rasta shoe of choice during the 1960s and the filtering of this popularity into reggae and dancehall song lyrics.

Fascinated by the Jamaican love of Clarks shoes and the hundreds of reggae and dancehall tunes that reference the brand, Al began researching the subject in 2010, inspired by the Vybz Kartel song, “Clarks”. In 2011 he travelled to Jamaica with photographer Mark Read and reggae industry veteran Pierre Bost to document the story with portraits and interviews with reggae icons including Jah Stitch, Bunny “Striker” Lee, Jah Thomas, Trinity and Little John, with the first edition of Clarks in Jamaica published in 2012.

Beautifully presented throughout, Clarks in Jamaica is a fitting tribute to Clarks’ deep roots in Jamaican culture and, more broadly, the rich cultural exchange that has taken place between Jamaica and the UK.

During the making of this second edition, Al also worked with Clarks to set up a community partnership with Maverley Primary & Infant School in Kingston, where 340 students received a new pair of shoes, donated by Clarks.

Clarks in Jamaica is an in-depth study into Clarks’ celebrated status in Jamaica, where for decades they have ruled as the “champion shoes”.

‘Clarks In Jamaica’ is available to order here