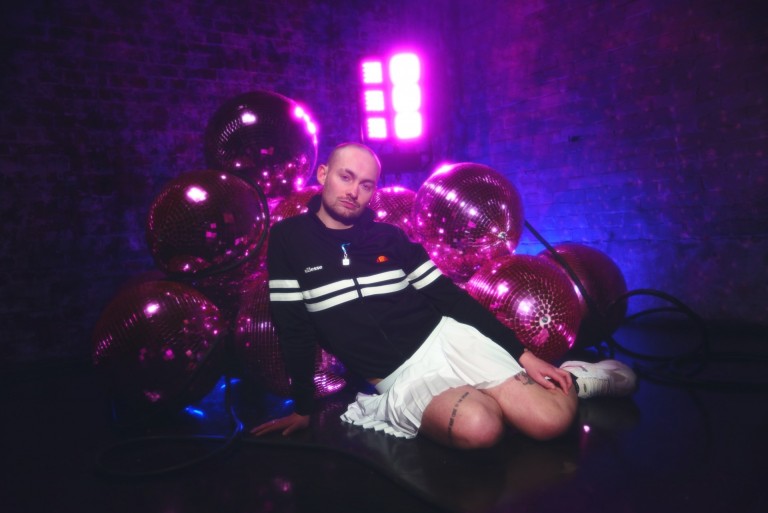 To conclude LGBTQ History Month 2022, ellesse spotlighted 3 grassroot trailblazers within the community to amplify their voice and message.

The talent touch on their personal journeys so far, their reasoning for wanting to be a part of the campaign and the people around them that inspire them to continue making waves and being bold. Styled in ellesse’s SS22 collection, take a look at the accompanying photoshoot below and learn more about Daniel Brown, Rose and Nana, hosts of of Two Two podcast, and Donnie Sunshine below.

Known for curating diverse and exciting line-ups for Birmingham Pride that best capture the essence and demand of the community. The representation he champions is highly commendable and he constantly hits the mark on providing a fun and safe space for all.

Rose and Nana are two black, masculine presenting best friends born and bred in Hackney, making waves in the podcasting game. Originally, Two Two’s began on YouTube, sparked by the drive to address the lack of representation in mainstream media of figures they could relate to. They have since grown a loyal fanbase and known for living their unapologetic truth and providing a voice for those within the community who may feel left out of traditional LGBTQI representation.

Donnie is a multidisciplinary DJ and staple name in black queer nightlife. His energy and love for music is contagious and he pours his entire personality into every set. Line-up appearances include; QueerBruk, Jungle Kitty, Pxssy Palace, Fluid London & more and wherever he goes he brings the vibes!