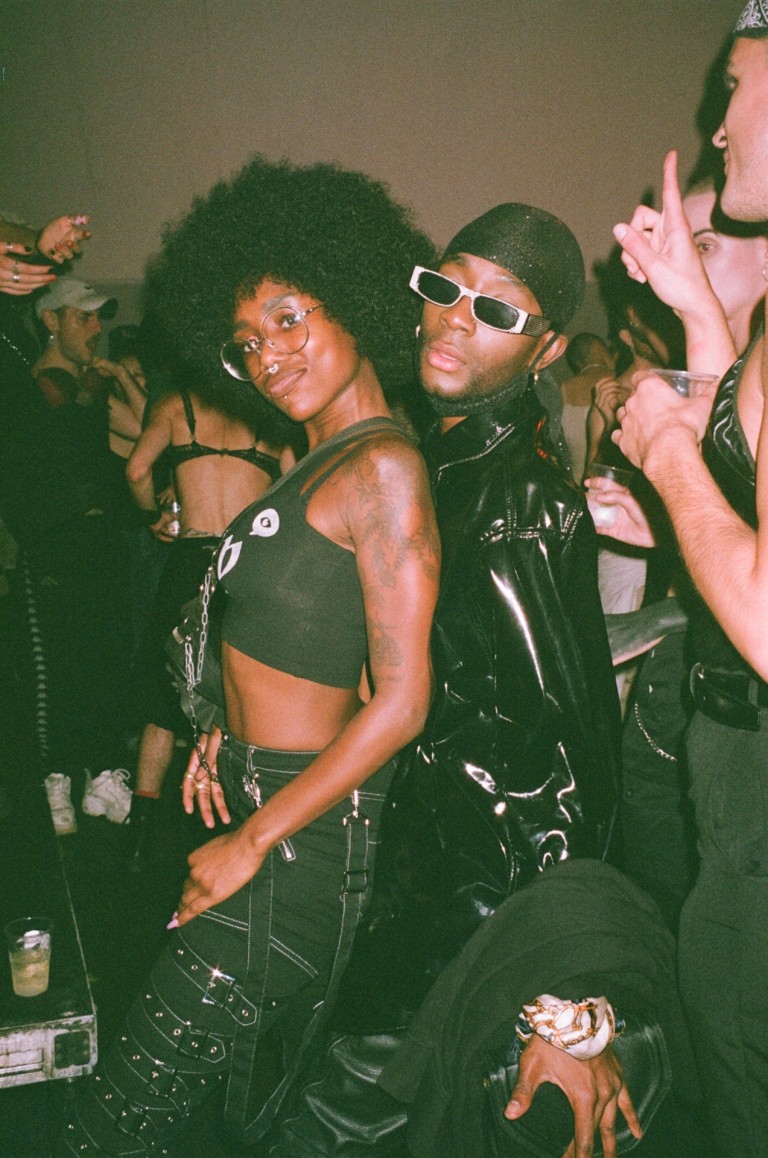 It’s been seven years since several of London’s most eccentric queer creatives convened under one roof for the first installment of INFERNO. Last weekend, the party’s founders celebrated and hosted their interesting Red Rave at the Colour Factory. Accompany Noctis as we get a peek inside the bash… we danced the night away!

The Red Rave event was led by core members of the collective’s ever-expanding family. Partygoers descended to Hackney Wick’s industrial Colour Factory to dance, sweat, and vogue the entire night, absorbing in the queer bliss that has made INFERNO a fixture of East London’s LGBTQ+ nightlife scene.

“We’ve never enforced a dress code, but we’ve always fostered a safe space for people to dress up and explore their gender expression,” says founder Lewis G Burton. “INFERNO has always had a colour palette of black, white and red, but over the years, black has become synonymous with raving. We felt we were lacking a little bit of red, so we felt it was important to bring it back to mark such a special occasion!”

The Red Rave also saw the INFERNO debut of Morenxxx, a Brooklyn-based multidisciplinary artist and DJ, as well as the return of dogheadsurigeri, a key player in the queer Polish DJ and artist collective Oramics.

Feminist punk icon and sobriety advocate Louisahhh has played past INFERNO events held at Paris Fashion Week, and she also graced INFERNO for the first time on its home turf at the Red Rave.

Red Rave was a victory lap to celebrate INFERNO’s accomplishment. Even better, the party has established a platform to compensate working-class LGBTQ+ musicians, confront injustices in the music business, and organise exciting celebrations of gay talent.

INFERNO’s Red Rave was a true celebration of their legacy, as well as a glimpse of the magic that is still to come.