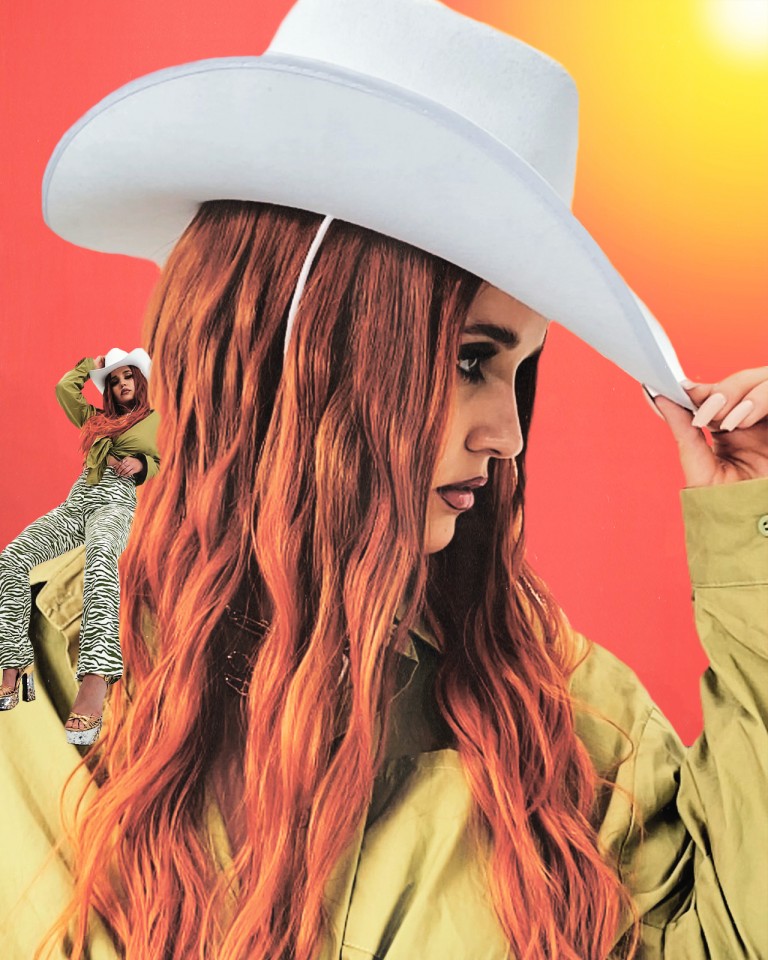 Hertfordshire based artist, Fanny, is redefining pop music through her unmatched creativity and limitless self-expression and authenticity. With a large catalog already under her belt, she released her acclaimed 3-track debut EP ‘Pretty Girls Are Never Lonely’ back in 2020, which acted as a cathartic process for her in a year that also saw her make the brave move from Oslo to the UK.

During the first lockdown there, she spent time reflecting and working on new music, preparing for the next steps in her career, the first of which she has just unveiled with her brand new single ‘Jump The Gun‘, arguably one of her most exciting ones to date. Co-written with Navvy and Alex Wildwood, who also produced the track, ‘Jump The Gun’ is a stunning combination between radio pop and electro vibes, while showcasing Fanny’s heart-on-sleeve sensibilities with its honest lyrics: “I don’t wanna jump the gun, I don’t wanna say something wrong.”

As the talented singer and songwriter explains, ‘Jump The Gun’ is “a song about vulnerability whilst falling in love with someone and the fragile state you can get in due to past trust issues. It’s the constant battle of how much of yourself you should share in the initial stage of a relationship, because you don’t want to scare them off – but, at the same time, you want to tell them everything so you can be as close as possible. Almost a juxtaposition.”

‘Jump The Gun’, which is out on all streaming platforms via Distiller Music, marks just a taste of Fanny’s upcoming series of releases that are bound to assist in transcending her buzzing career to the next level. Off the heels of her new single’s release, we had the pleasure of chatting with Fanny about ‘Jump The Gun’, her creative process and more.

You’ve just released your new single ‘Jump The Gun’! Talk to us a bit about the story behind the song and your collaboration with Navvy and Alex Wildwood.

The song is about that vulnerable stage of dating, before you are serious, when you are afraid that every little thing can make them run away. Like, sharing too much of your life, not sharing enough about your life, being too much, not being enough and the list goes on and on. But all you want to do is to be with that person all the time and talk all the time! So yeah you don’t want to jump the gun, but at the same time you just wanna jump all in and on that gun already.

I’ve worked with Alex a lot, he’s one of my favorite producers to work with! He has such a fresh sound, and is just a really incredble producer. Navvy is an artist that I already was a big fan of, and she is an amazing songwriter, so to get in the studio with her was such a dream.

When sourcing people to collaborate with, are there any specific things you look for in them?

I always love working with new people, and always go in very open minded. Just keen to learn and see how they work! And then with that you find the people you really clique with, where you just have an understanding and a collaboration that is really authentic. Where you are both excited and eager to create something together. I think I don’t have anything specific I look for really, just that connection that comes when you find those people you love working with. It’s ‘when the vibe is right, it’s right’ kinda thing.

You are known for not holding anything back and presenting yourself in a truly authentic way in your songs. Why do you think it’s important for artists to be honest and true to themselves?

I think it’s not really any blueprint to follow when it comes to writing songs anymore. You can have a song that is literally just about chicken tenders and it slaps so hard and is such a tune. So I mean yeah always be honest and write about your true emotions. But it’s also space to have fun with it, fuck with a bit, and I think that’s one of my favorite things about pop at the moment. There is no blueprint, no recipe, it’s just to do exactly what feels right to you.

What is your favorite and least favorite thing about the music industry?

How did you decide to move to the UK from Norway back in 2020? How has this move impacted your life so far?

Ever since I started doing music I’ve traveled back and forth from Oslo to London to work. I did my taxes for 2019 and I saw that I had traveled to London about once a month! And when the pandemic hit and suddenly I didn’t have that chance anymore, it felt like a necessary move to be able to create music while the pandemic was happening. London has also always been my favorite city, so it’s been a dream of mine to move here! It has impacted my life in all the ways possible to be honest. You have to create a new life in a new country, and it has made me grow so much  and learn a lot about myself.

You are also about to release your first book ‘Party Girls Never Cry.’ How did you decide to write a book? Talk to us a bit more about what is is about.

I wrote it with my best friend, and I think we decided we wanted to try and make it in to a book after I had written around 30 pages just to get my thoughts in line and read it up to her. Her first question to me was: “Do you promise you’ve written that? That you haven’t taken it from anyone else” and I just laughed and said that it was me! She is an author, so after that we just started working on it really intensely.  And 2.5 years later it’s being published! It’s crazy. The book is a coming of age biography about the trials and tribulations of being a young adult in Oslo and how partying became a means of dealing with depression and anxiety. So yeah, it’s very intense knowing your lowest low is now for anyone to read, but at the same time I’m extremely proud of it.